When I got my first look at WizKids’ latest premium figure, the five-headed evil Dragon Queen Tiamat, I couldn’t help but chuckle at what appeared to be an absurdly large figure – the early 3D rendering showed it positively dwarfing a 12oz soda can. What I wasn’t expecting was for it to (a) actually dwarf said coke can and (b) be one of the most impressive centerpiece miniatures I’ve seen in a long time.

WizKids recently joked that “it pushes things by calling this a mini,” and it weren’t kidding. The "mini" truly lives up to its Gargantuan size rating; weighing more than five pounds, the base it stands on alone is eight inches across (that’s 40 feet in tabletop D&D rules), which is twice the recommended size for a “Gargantuan” creature. The tallest of its five heads stands roughly eight inches tall, and its wingspan boosts its height to just over 14”an impressive 28” across at its farthest point. If I were a player in a Tyranny of Dragons campaign (the most recent official D&D adventure module prominently featuring Tiamat), I would likely have a minor heart attack if my Dungeon Master thwonk’ed this behemoth down on the table. 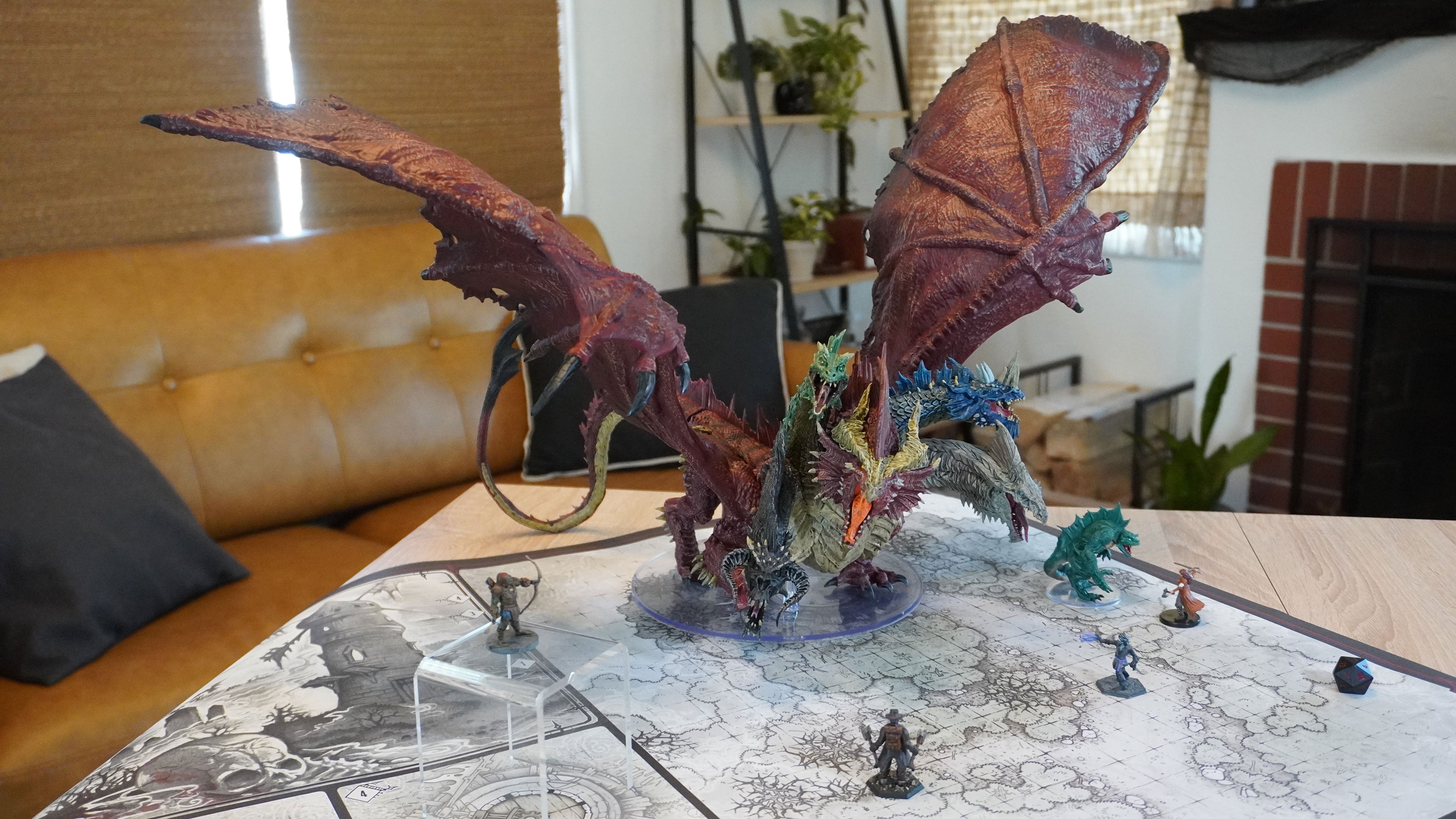 The detail work on each of the heads is gorgeous, both in their molding and the manual paint job. The demonic orange glow around the eyes of the red and blue dragon heads is a particularly nice bit of detail, though each head – as well as the finer work around the bony spurs and claws on each limb – looks great in its own right.

What’s slightly disappointing about this otherwise exceptional model is that the push-fit (sometimes called “friction-fit”) joints – in this case where the wings and tail attach to the body – don’t line up 100%, at least on the item we received. The tail has a ≈1mm gap between sections, though there’s some detail work on the underside of the joint that helps blend the pieces together. There are also some visible mold lines across its torso that weren’t sanded down before painting, though they’re practically imperceptible without very close inspection. 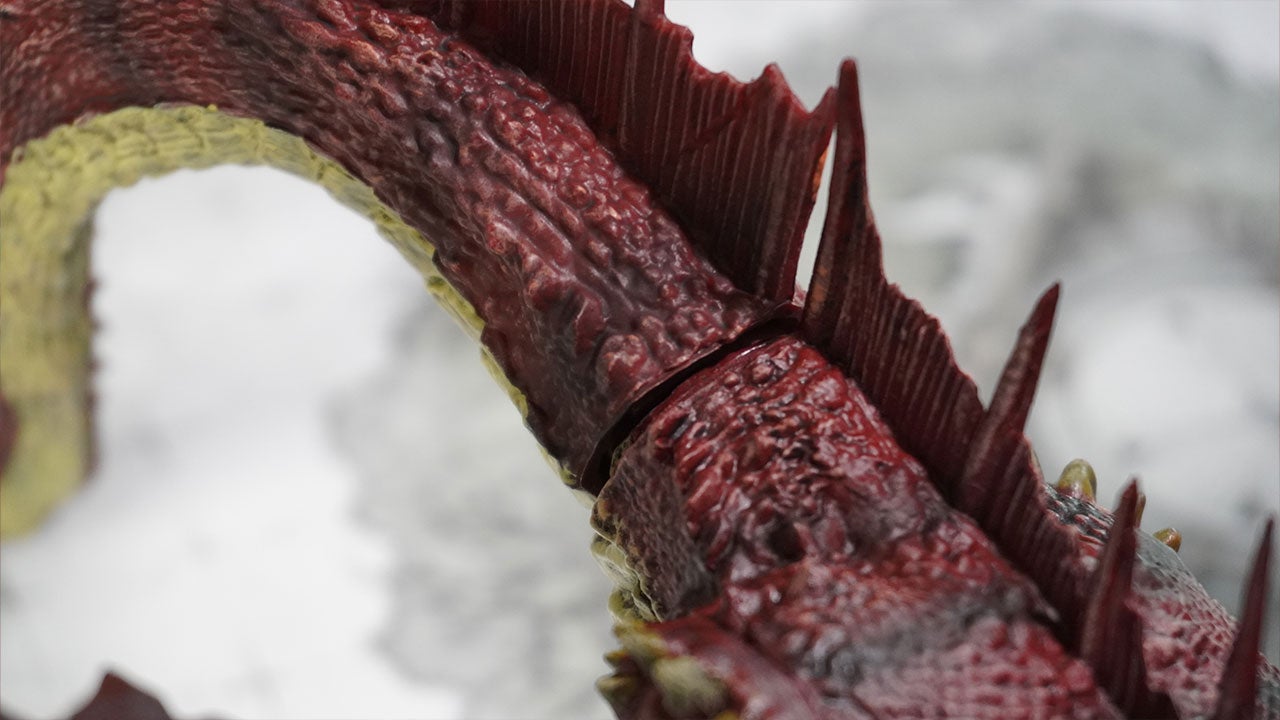 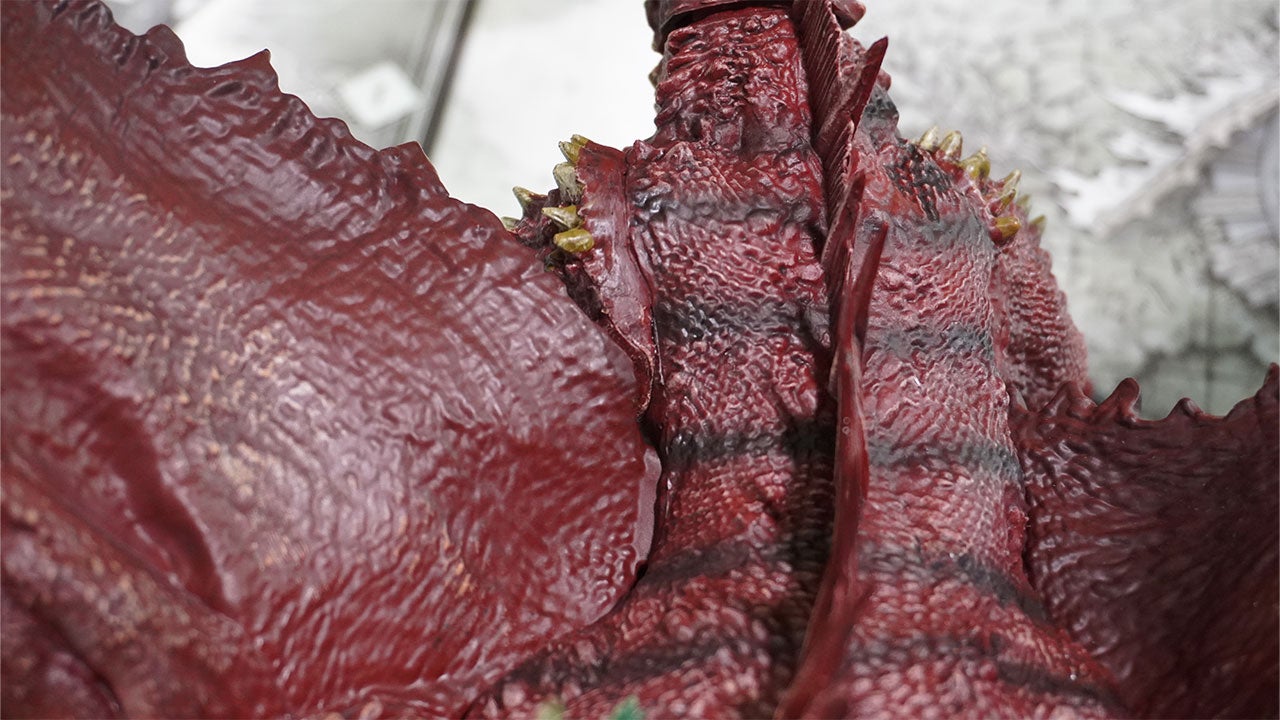 The wing joints, however, are a bit harder to overlook, since although the front of the wing (what would be Tiamat’s “shoulder”) fits snugly and looks great from the front and side, the back of the wings don’t fully lock into place. They’re secure and in no danger of falling off, but the gap between the torso (particularly on the right wing) is fairly noticeable. We attempted to brute force it into place on advice from the manufacturer, but all that did was poke a hole in my wrist – it was nothing serious, but be forewarned: this Dragon Queen is spiky! 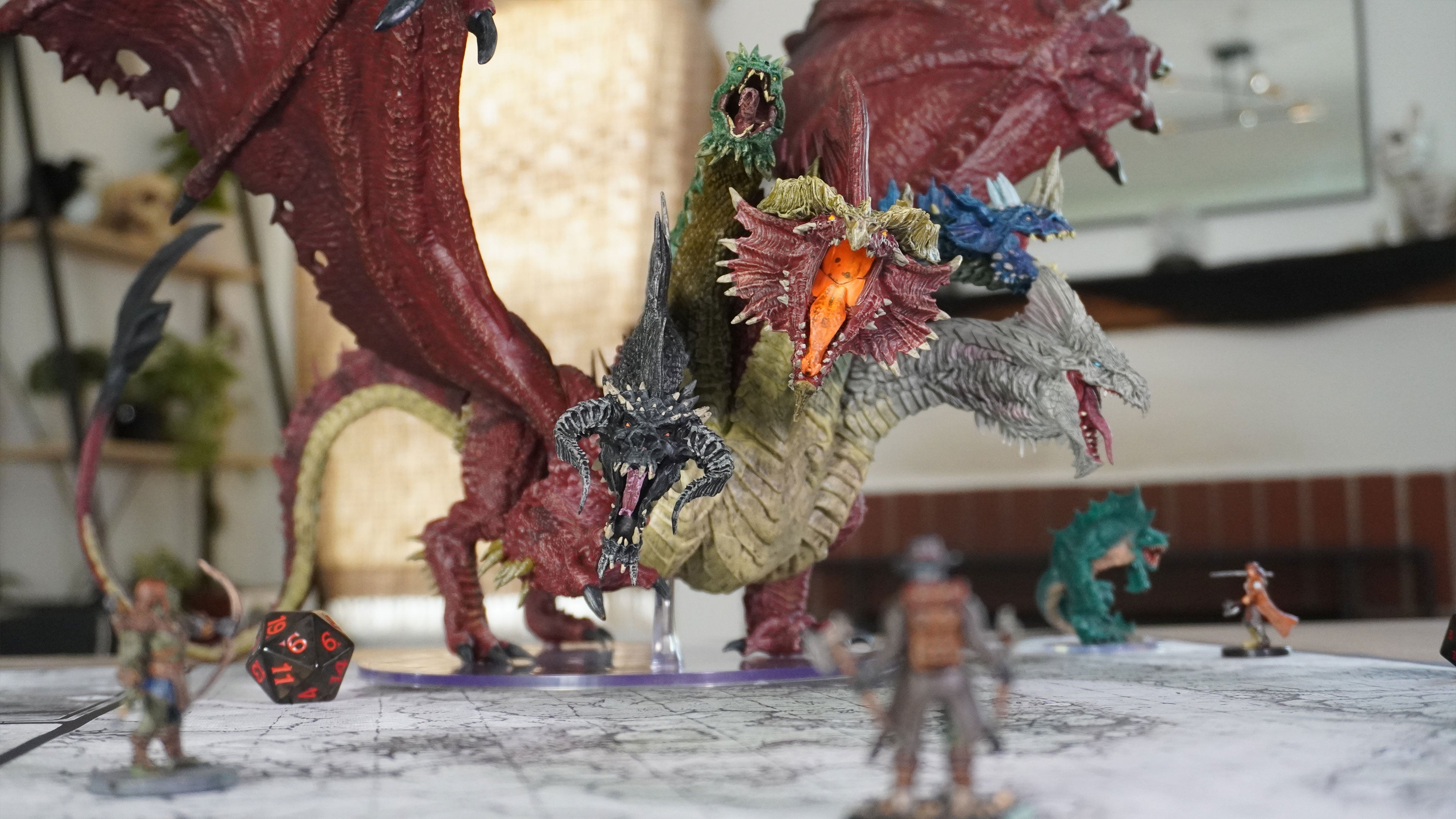 All that said, though, when you take a step back to more than a foot away – which we can reasonably expect players at the tabletop or folks admiring it on a shelf likely will be – the piece as a whole is impressive enough to overshadow its flaws. Whether it’s a fearsome new collectible to add to your display or – if you can manage to keep her hidden from your players – the Gargantuan Tiamat will make for a spectacular reveal during your final battle.

The Gargantuan Tiamat retails for $399.99 and can be found on Amazon at the WizKids Store, DnDmini.com or purchased directly from WizKids’ official site.

JR is a Senior Producer at IGN, you can follow him on Twitter for more video games and tabletop RPG shenanigans.

Marvel’s Avengers Spider-Man DLC Will Have Story and Cutscenes