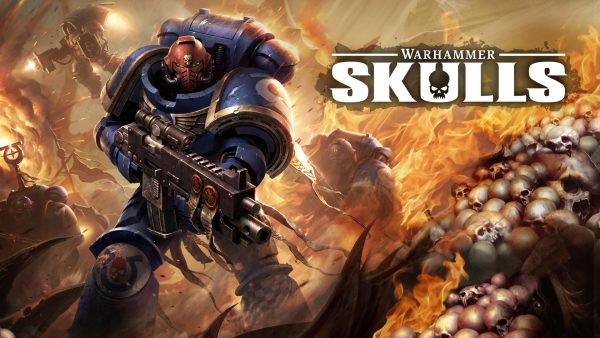 If you’re a fan of everything Warhammer, look sharp: The Skulls for the Skull Throne event returns with a punchier name, Warhammer Skulls, tomorrow (June 3).

The week-long celebration of Warhammer kicks off with a stream that’s guaranteed to feature new announcements from the studios behind games like Total War: Warhammer 3 and Darktide, to name but a few.

The Warhammer Skulls Showcase will kick off on Thursday, June 3 at 10am PDT / 1pm EDT / 6pm BST. You can watch all the action as it happens over on Twitch, where Games Workshop promises to show off “world premieres, exclusive first looks, details of special offers and free-to-keep video games, and new video game announcements”. As if E3 week wasn’t busy enough!

In terms of the studios you can expect to hear from, a tweet about the event may give more away than Games Workshop intended: Fatshark, Sega, Creative Assembly, Focus Home Interactive, Slitherine, and Nacon are all present – so you can probably expect that inaugural stream to be a big one.

“We’re especially excited about launching on additional platforms and reaching as many gamers as possible. There are so many exciting announcements we can’t wait to see the reaction from existing fans as well as bringing new fans to the IP,” said Tom Dobson-Gunn, head of licensing and product marketing at Warhammer.

Games Workshop also promises to “feature week-long offers and give access to event-only free-to-keep titles for everyone” during the week, so it’s worth keeping an eye on the Skulls event if you’re eager to pick up some existing Warhammer games you’ve never played before.

If you’ve still got a thirst for Warhammer, you can check out our Necromunda: Hired Gun review, which Sherif called “a brilliant shooter whose lack of polish stops it from reaching greatness.”

The post Warhammer Skulls is about to give us a week’s worth of Warhammer gaming news appeared first on VG247.

Ever wanted to see Super Mario Galaxy running on a Nintendo DS?