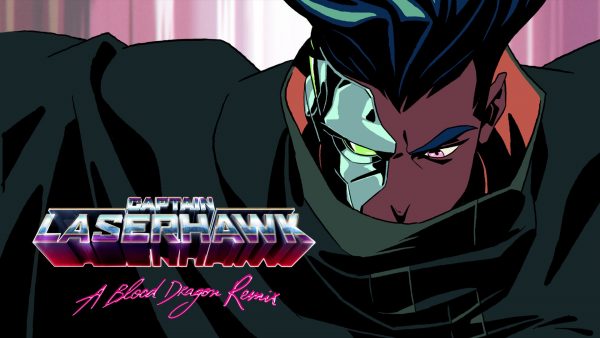 Netflix and Ubisoft have spilled the beans on more animated projects coming to the streaming platform soon, including details on Splinter Cell, a Far Cry, and Captain Laserhawk: A Blood Dragon Remix.

Not content with taking over the videogame/TV market with The Witcher and Castlevania, Netflix is expanding further into the world of geekdom with more shows based on Ubisoft IP.

First up, the Splinter Cell animated show will follow the exploits of an aged, haggard Sam Fisher. The tweet embedded below shows more or less all we know about the show so far – but it does a wonderful job of setting the tone, right?

We first heard about this in July 2020, when it was revealed it had some serious talent attached: the series is penned by Derek Kolstad, writer of the John Wick film franchise.

Here’s your first look at the Splinter Cell animated series, an adaptation of the bestselling @Ubisoft game.

Derek Kolstad, creator of the John Wick franchise, is onboard to write the series.
#GeekedWeek pic.twitter.com/c3vjJV0wfR

Next up, there’s Captain Laserhawk: A Blood Dragon Remix. This show takes the Far Cry spin off and pads out its synthwave-inspired universe. Adi Shankar (executive producer on The Grey, Dredd, and Netflix’s Castlevania) helms this project and notes that it’ll span myriad Ubisoft IP.

“Ubisoft allowed me to create a new Universe for them that acts as a ‘Blood Dragon remix’ of all Ubisoft properties,” Shankar wrote in a tweet. “Think Captain N: The Game Masters but good .. or the Bootleg Universe short films without copyright infringement!”

Breaking news! @Ubisoft allowed me to create a new Universe for them that acts as a “Blood Dragon remix” of all Ubisoft properties … think Captain N: The Game Masters but good … or the Bootleg Universe short films without copyright infringement! 1/3 pic.twitter.com/FuwZZji2J7

Lastly, there’s a morsel of news on the Far Cry animated series, too. An “adult anime series” based on the game will be coming to Netflix soon, but that’s all we know so far.

There’s a lot to digest there, and this hasn’t sprung up overnight; this collaboration has been in the works for a while – we first heard about the companies working together way back in 2016.

These new shows were announced as part of Netflix’s Geeked Week, where we also heard about WitcherCon and saw more information about The Witcher Season 2.