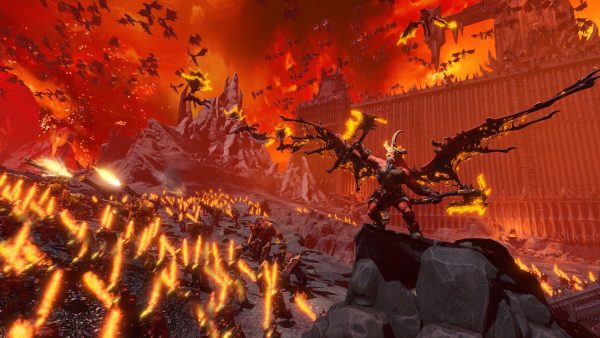 A new update is coming to Total War: Warhammer 3, and it stars the Skulltaker.

The largest kingdom in the Realm of Chaos is that of Khorne, and Skarbrand, once the “greatest of all Khorne’s daemons” is coming to Total War: Warhammer 3.

Skarbrand was ultimately banished from the service of the Blood God and cast from the Realm of Chaos. Tormented by his downfall, he wanders the mortal and immortal realms, a “restless fury that cannot be stopped.”

As the most powerful melee combatant, Skarbrand has a host of unique abilities which improve his battle prowess.

His twin axes, Slaughter & Carnage increase his damage output with every kill made, whilst Bellow of Endless Fury allows him to unleash a fire-breath attack. He also has the passive ability to inflict rampage upon foes, rendering them incapable of retreating.

The daemons of Khorne detest the use of magic and instead relish hand-to-hand combat skills. The longer they remain in combat, the more proficient they become at fighting as battle bonuses unlock.

Beyond the race-reveal for Khorne, the final Lord Pack for Total War: Warhammer 2 is coming.

The Silence & The Fury will feature the return of the Beastmen led by Taurox The Brass Bull who will be dueling it out with the Oxyotl The Unseen from the Lizardmen.

More information on the final Lord Pack will be released at a later date. 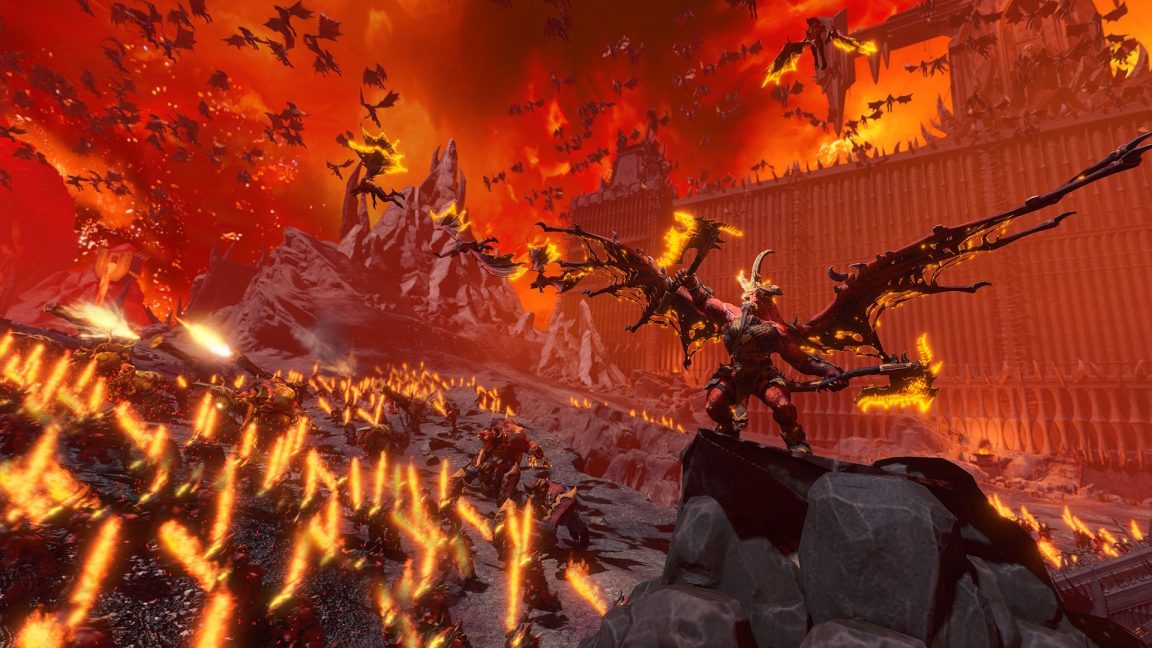 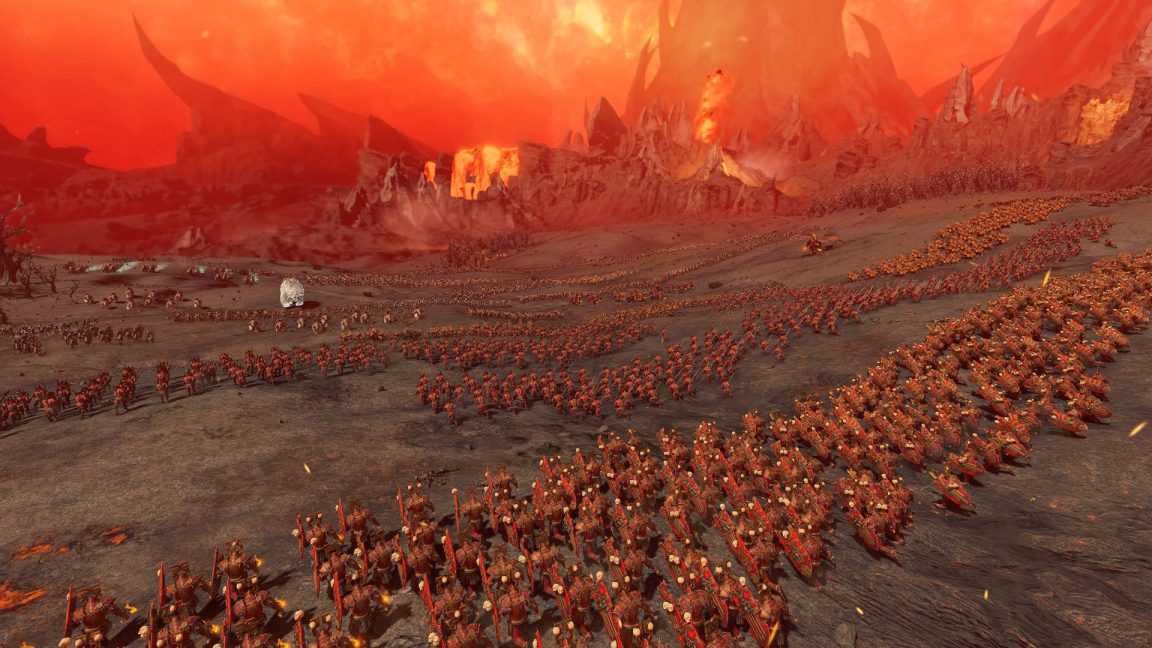 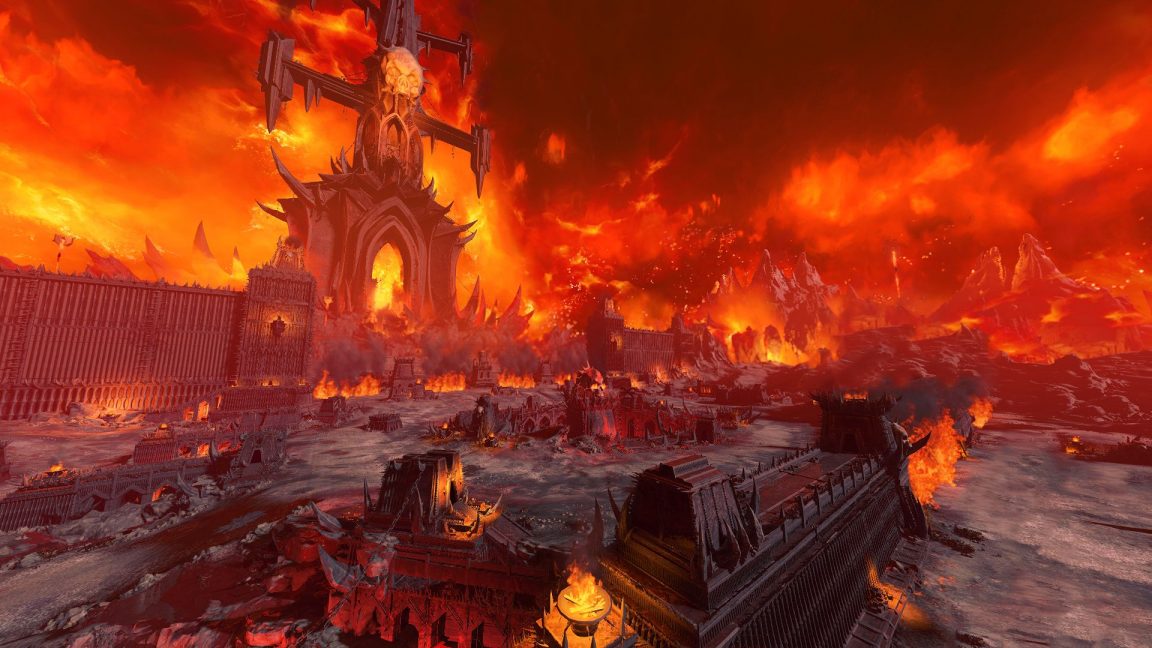 The post Total War: Warhammer 3 video introduces you to the race of Khorne appeared first on VG247.

Warhammer 40,000: Chaos Gate – Daemonhunters pits the Grey Knights against the forces of Chaos