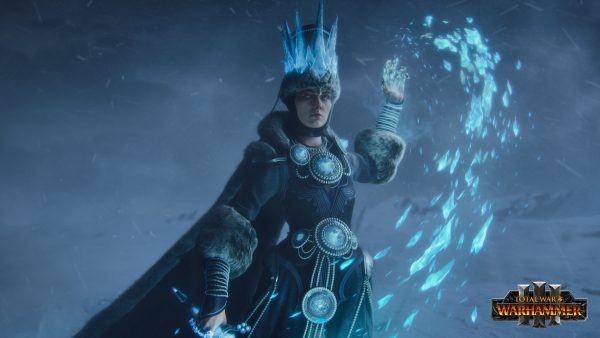 Creative Assembly has revealed gameplay from Total War: Warhammer 3 for the first time, showing off what players can expect from the conclusion to its beloved trilogy.

Today’s gameplay reveal not only shows off the updated mechanics, new factions and quality of life improvements, it chiefly focuses on Warhammer 3’s biggest new mechanic: Survival Battles. These take place in enemy territory, and resemble something from a tower defence game.

The goal of Survival Battles is to hold captured points against waves of defenders trying to reclaim them. Players will be able to use earned resources to set up barricades and funnel the enemy into kill zones where they’ll have to deal with traps and projectile towers. The footage shows one of those battles, fought in Khorne’s realm, but the campaign will include others of increasing difficulty.

The full showcase also goes over the difference in combat styles between Kislev and Chaos troops, and some of the broader updates Warhammer 3 is bringing to its formula.

Warhammer 3 is out later this year on PC.

Returnal dev hasn’t yet figured out how to implement saves