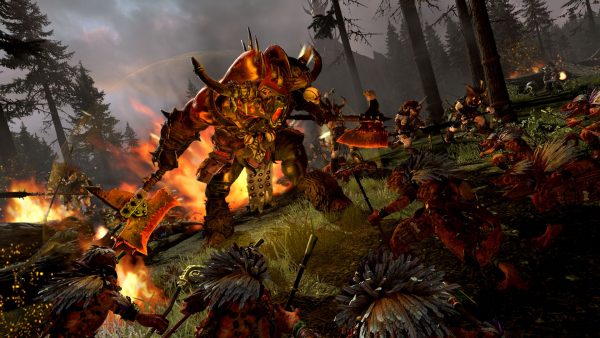 The final Lord Pack for Total War: Warhammer 2 was teased today during the Warhammer Skulls presentation.

Called The Silence & The Fury, it features the return of the Beastmen led by Taurox The Brass Bull.

In the content, he will be dueling it out with the Oxyotl The Unseen from the Lizardmen.

More information on the final Lord Pack will be released at a later date, but at least you got a nice tease out of it.

Also during the presentation, the developers showed off the next race coming to Total War: Warhammer 3, the kingdom of Khorne led by Skarbrand and his army of daemons.

Total War: Warhammer 3 video introduces you to the race of Khorne