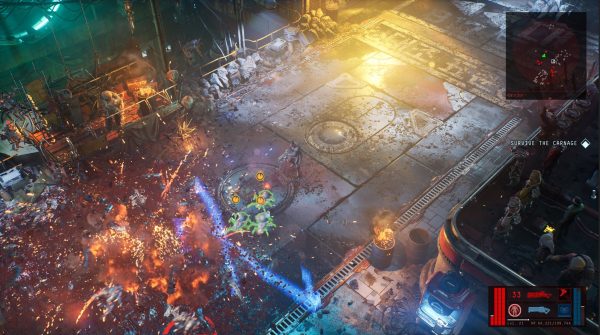 In The Ascent, you’re nothing but a cog in the corporate machine. And when your life doesn’t matter, no one else is going to step in to protect it.

To survive your journey to the top, you’re going to need the best weapons and augmentations The Ascent has to offer.

Naturally, a lot of this will vary on playstyle. I personally prefer a more run-and-gun approach that favours a fast-firing arsenal.

However, if you’re a more tactical player who wants to make better use of The Ascent’s underrated cover system, then by all means pick up a sniper rifle.

Or if you’re an all-out bruiser, then a shotgun might also serve you better.

There’s a wide variety of weaponry to lay your hands on in The Ascent.

Of the loot you find, every version of the same gun you find will be the same, there’s no variation in the stats of things you pick up. So once you’ve found a weapon once, you’ve basically unlocked that weapon for the rest of the game.

If you choose to upgrade a weapon with your limited components, all subsequent guns of that type you find will also be upgraded, so you don’t have to be precious about selling them either. 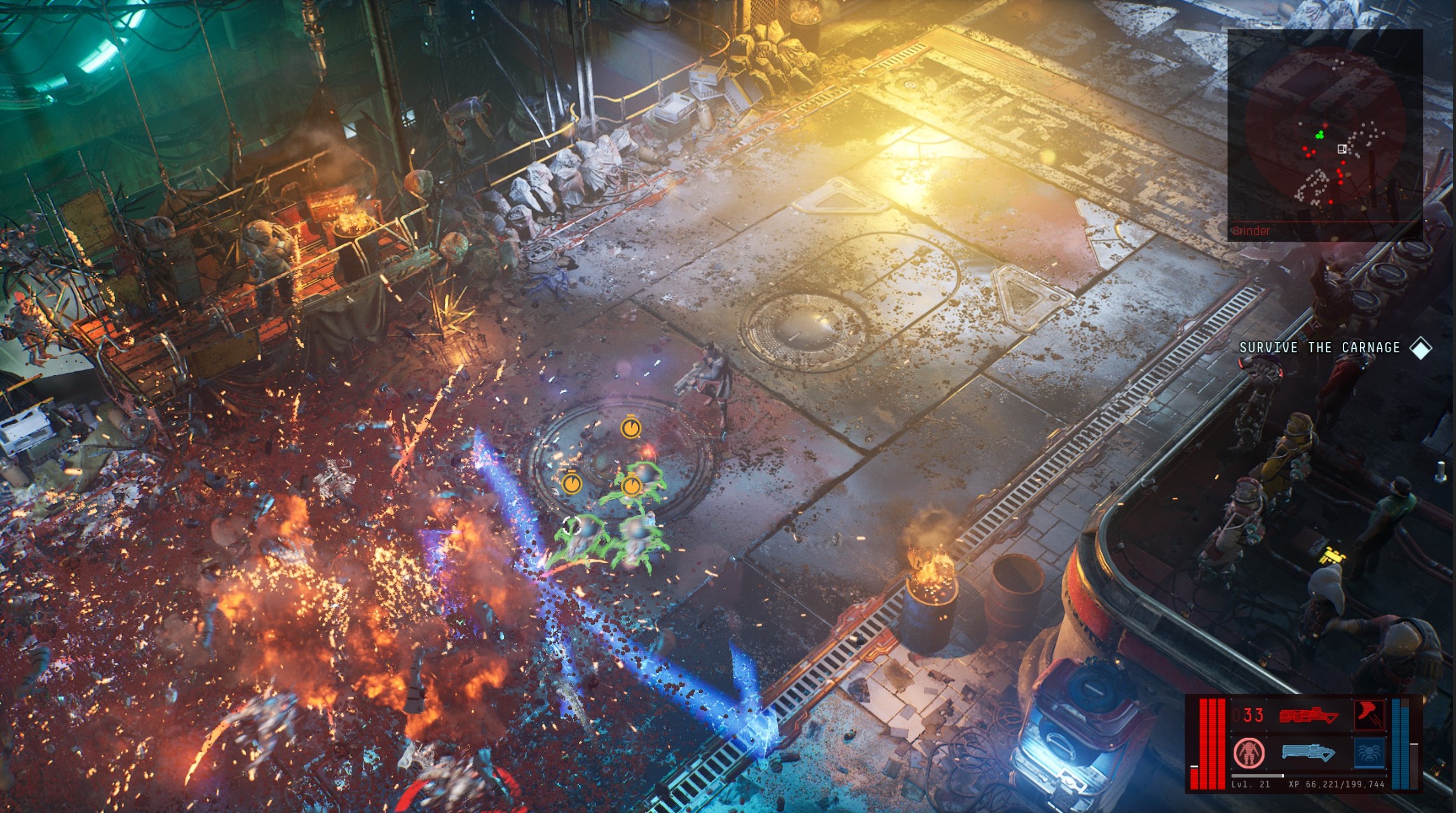 By the endgame, you should have found enough components to upgrade a few to Mk 5, so while you have to choose relatively wisely with how you spend your materials, there’s room to experiment a little.

To give you an idea of what we liked on our playthroughs, here are some of the best weapons in The Ascent.

Dread might be a basic assault rifle, but it suits the run-and-gun twin-stick-shooter style side of The Ascent perfectly.

It’s versatile for taking down many different types of enemies and works well at both short and medium range. 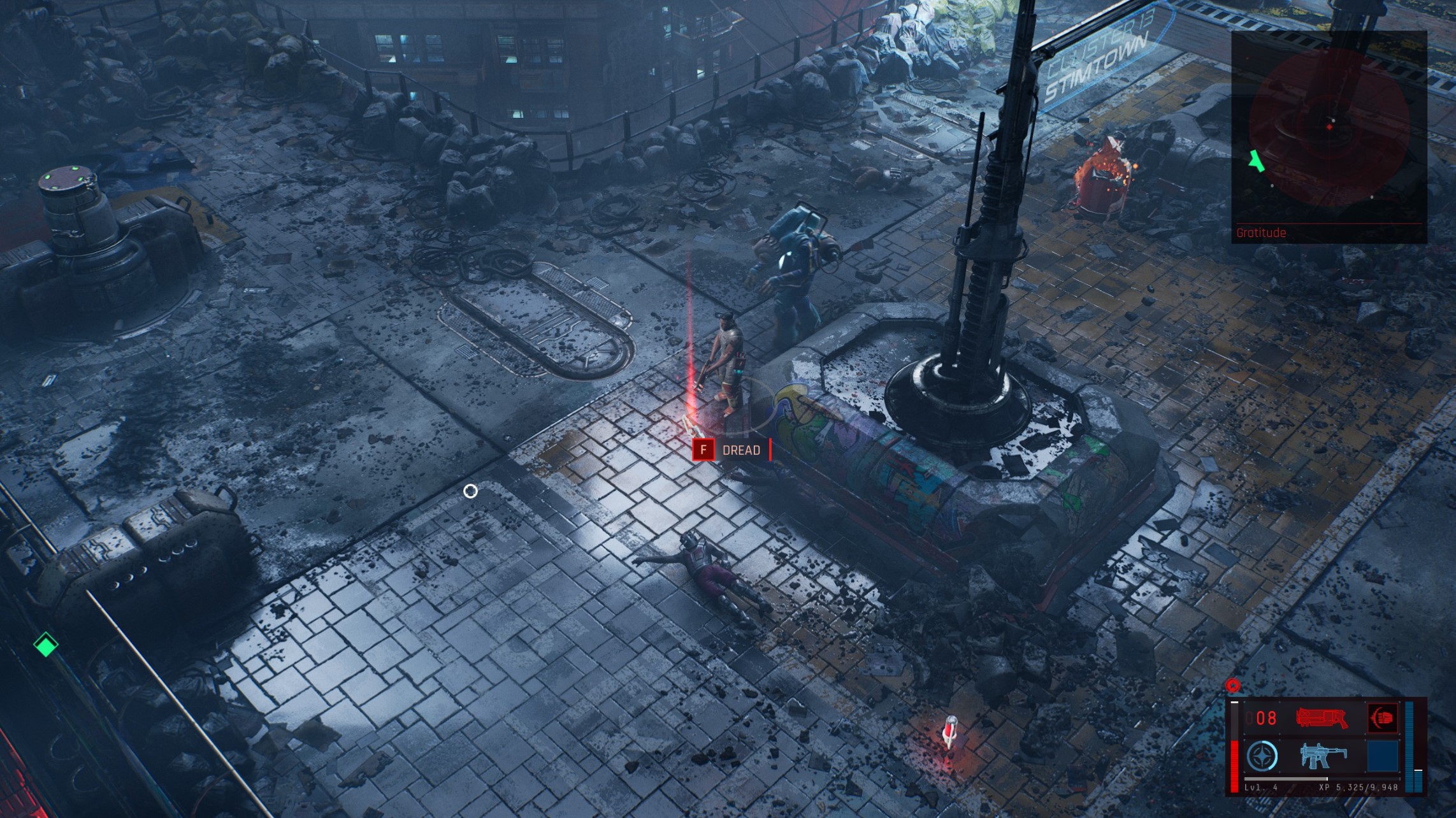 Once you start to come up against robotic enemies that are resistant to physical attacks, you’ll want to pair it with an energy weapon. However, an upgraded Dread could see you through most of the game.

The HCF is a modified handcannon that sets enemies on fire – which is one heck of a pitch, right? 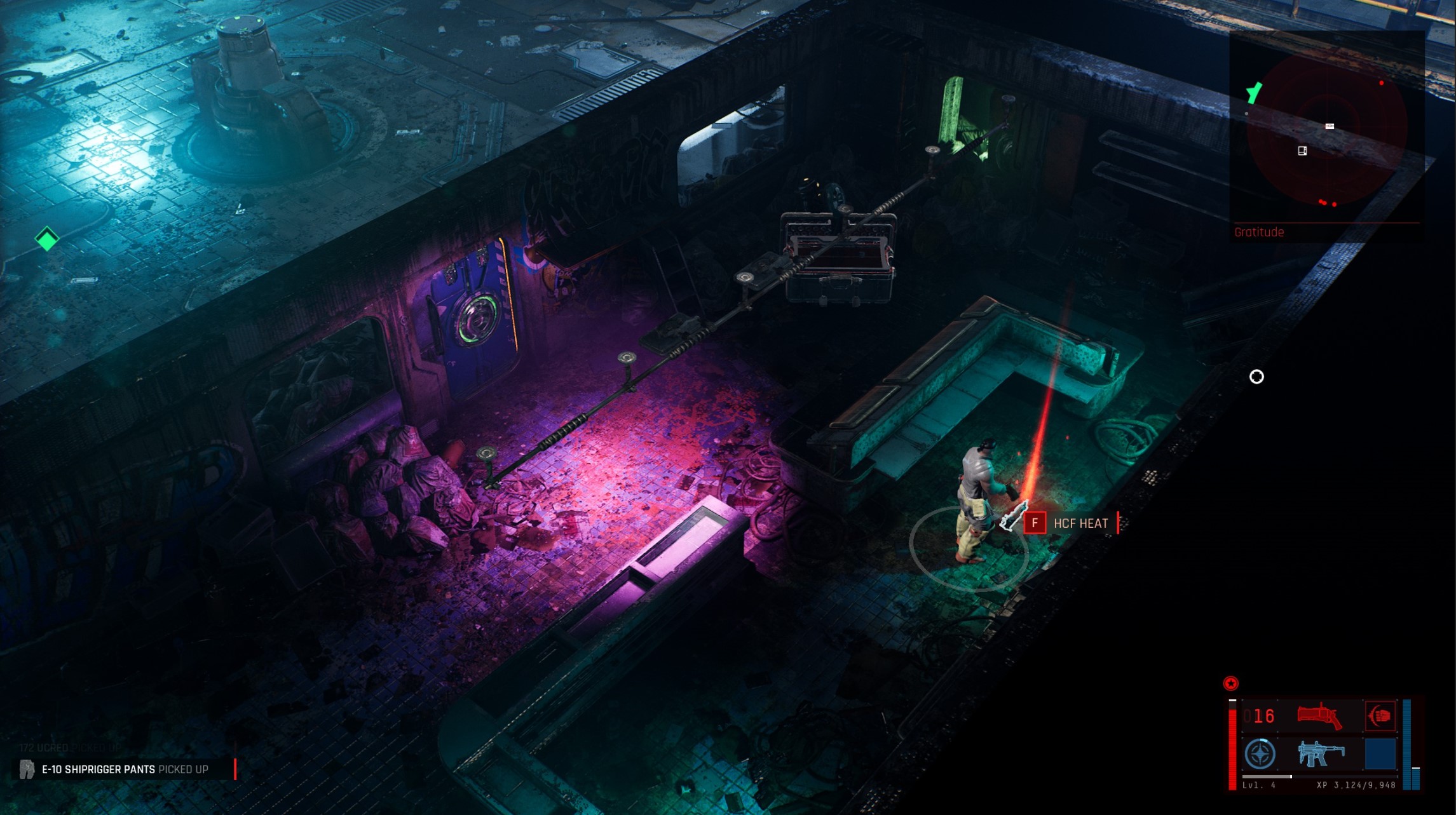 You can find it for yourself in an abandoned building in the Gratitude area of the city relatively early on in the game. 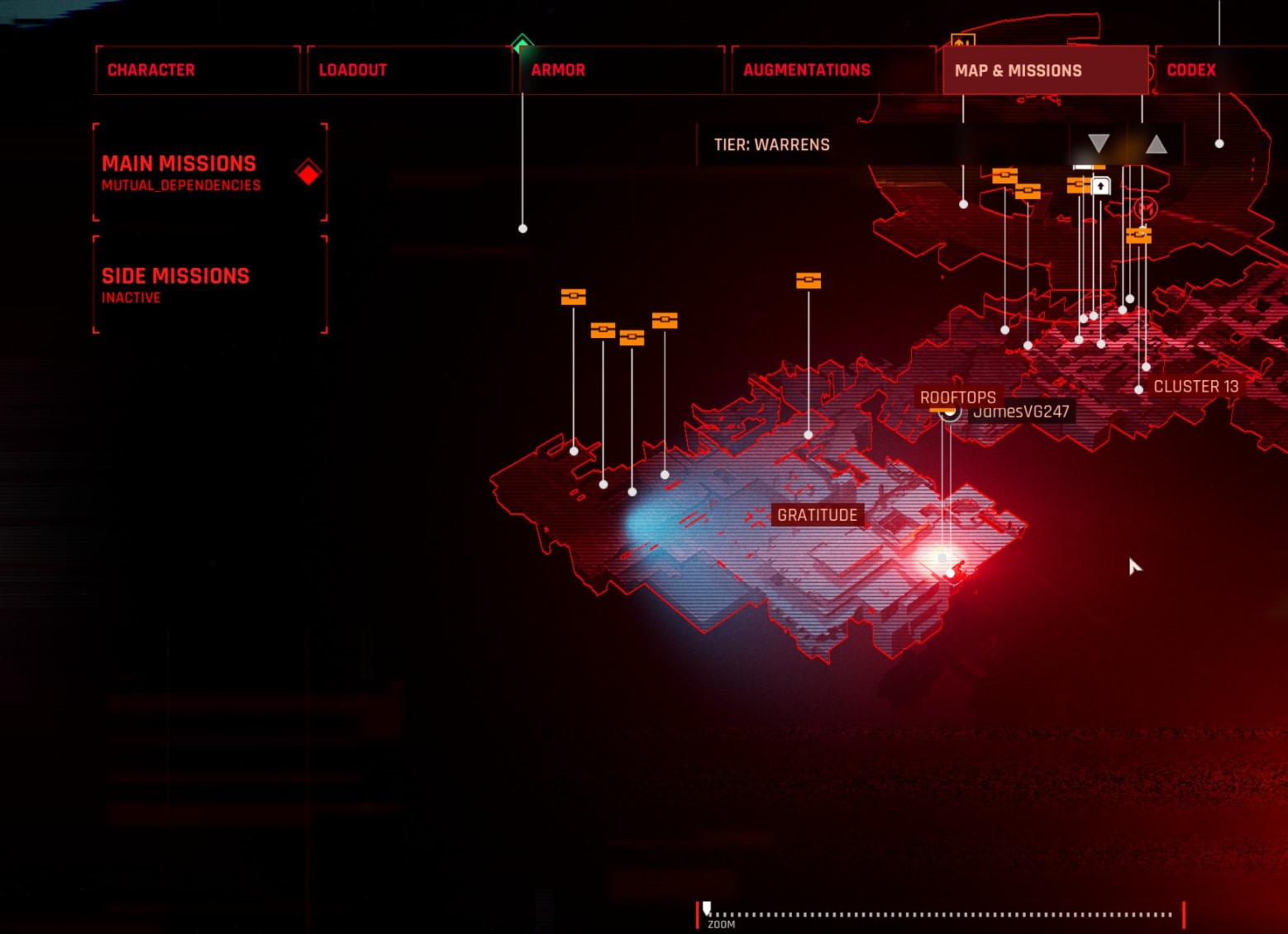 It’s great for picking off tough enemies as the fire does damage over time while you retreat and find cover.

If you’re a heavy weapon wielding character, then it’s hard to look past an automatic rocket launcher. 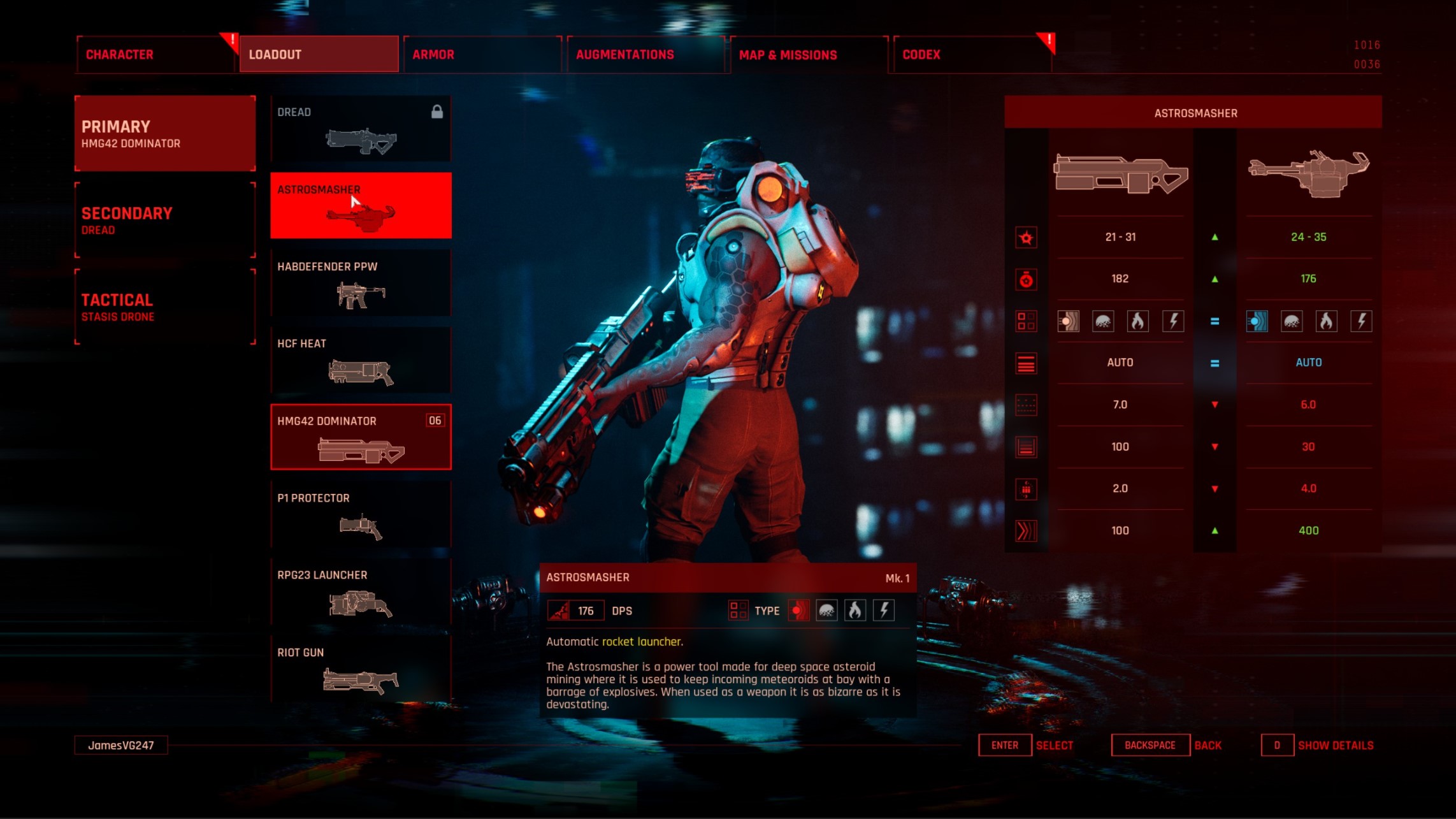 The Astrosmasher is dropped by an early game boss, and is well worth a try.

This energy-based burst rifle is, for me, easily the best weapon in the game.

The energy projectiles – which also home in on enemies – make short work of all different kinds of foes, including those that are resistant to regular physical attacks. 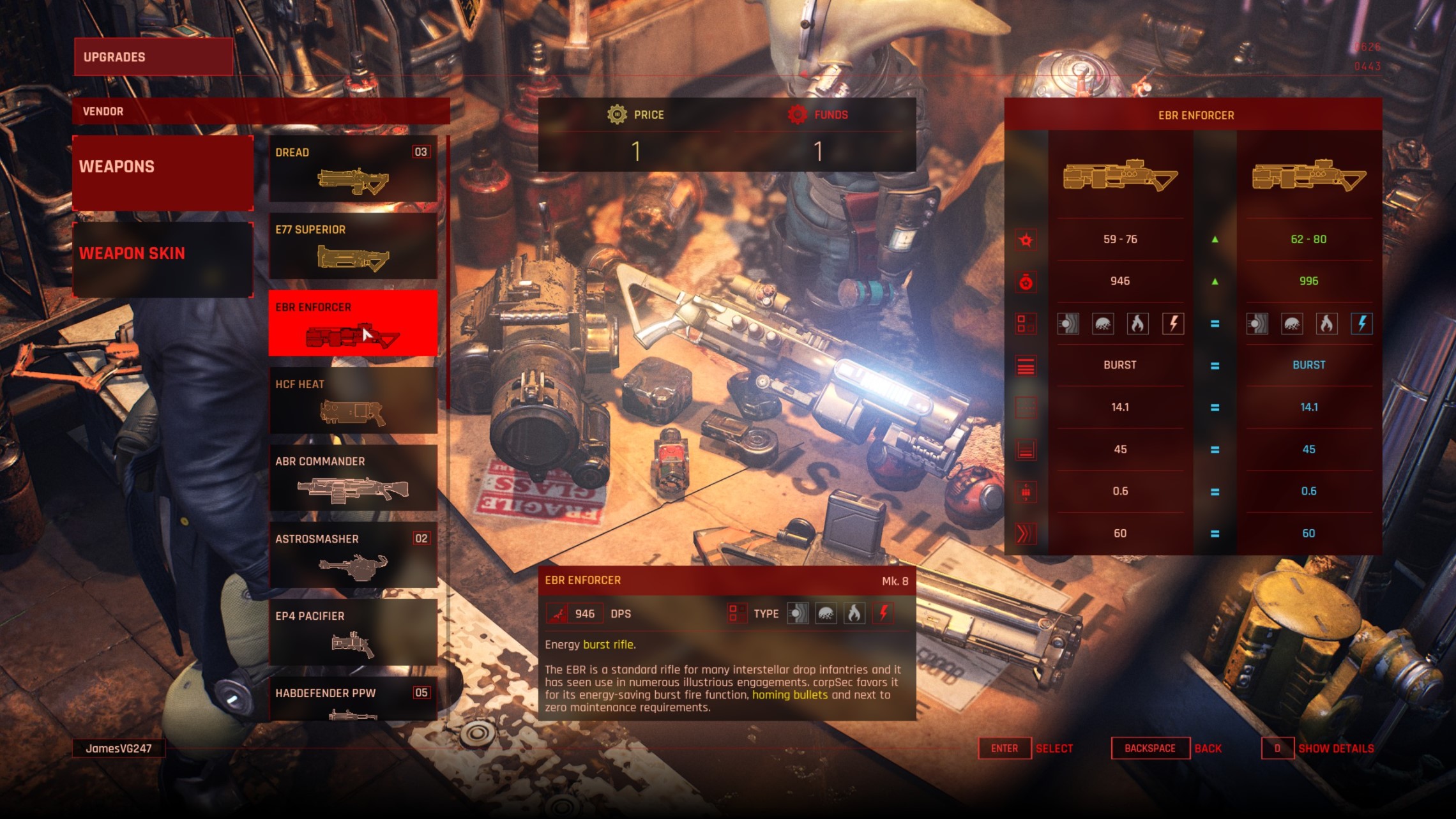 With a large clip, fast reload, and great damage potential, the EBR Enforcer is an all-around monster.

This weapon is a little bit of a spoiler, so I won’t say too much. I only bring it up because you can easily walk straight past it in pretty much the final area of the game.

Keep your wits about you and seek out this chest in the bottom corner of Silo 86. 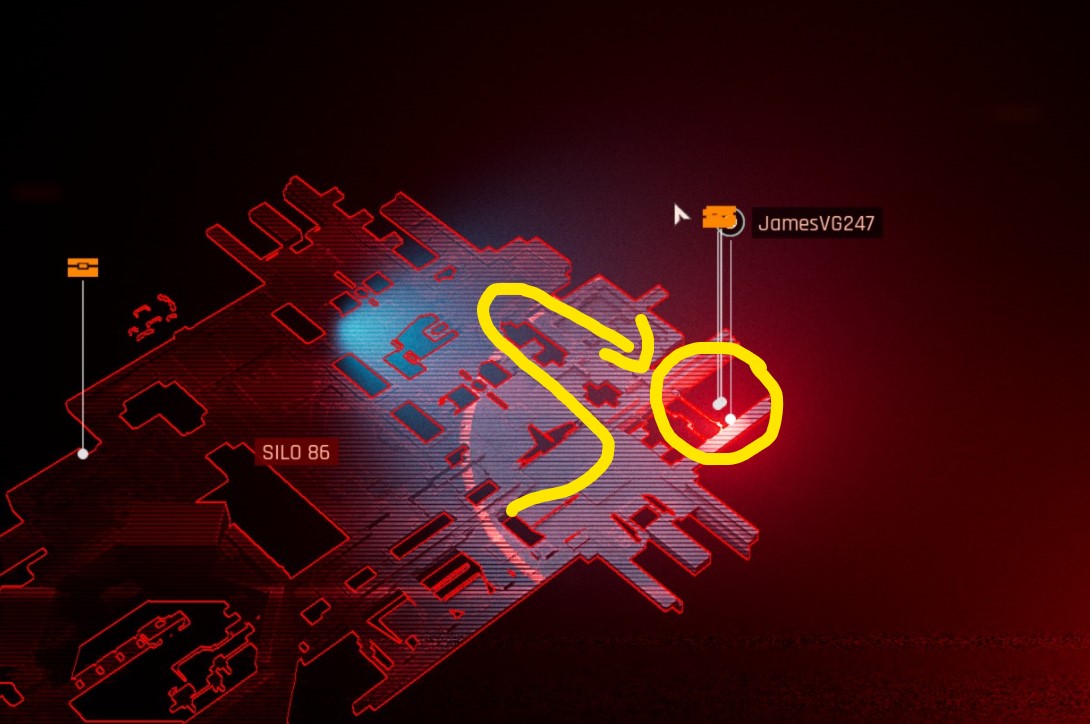 One of the defining elements of Cyberpunk fiction is the implementation of biotechnical augmentations that boost the capabilities of the human body to a fantastical degree.

In The Ascent, these modifications lean towards the ultraviolent.

They also tend to have a relatively long cooldown, so I find they’re best used to get you out of a tight spot – especially as you get towards the endgame.

Here are some of the best Augmentations we found in The Ascent.

From the time you get them as a reward from a mid-game boss, the Spiderbots are an incredibly powerful tool in your arsenal. 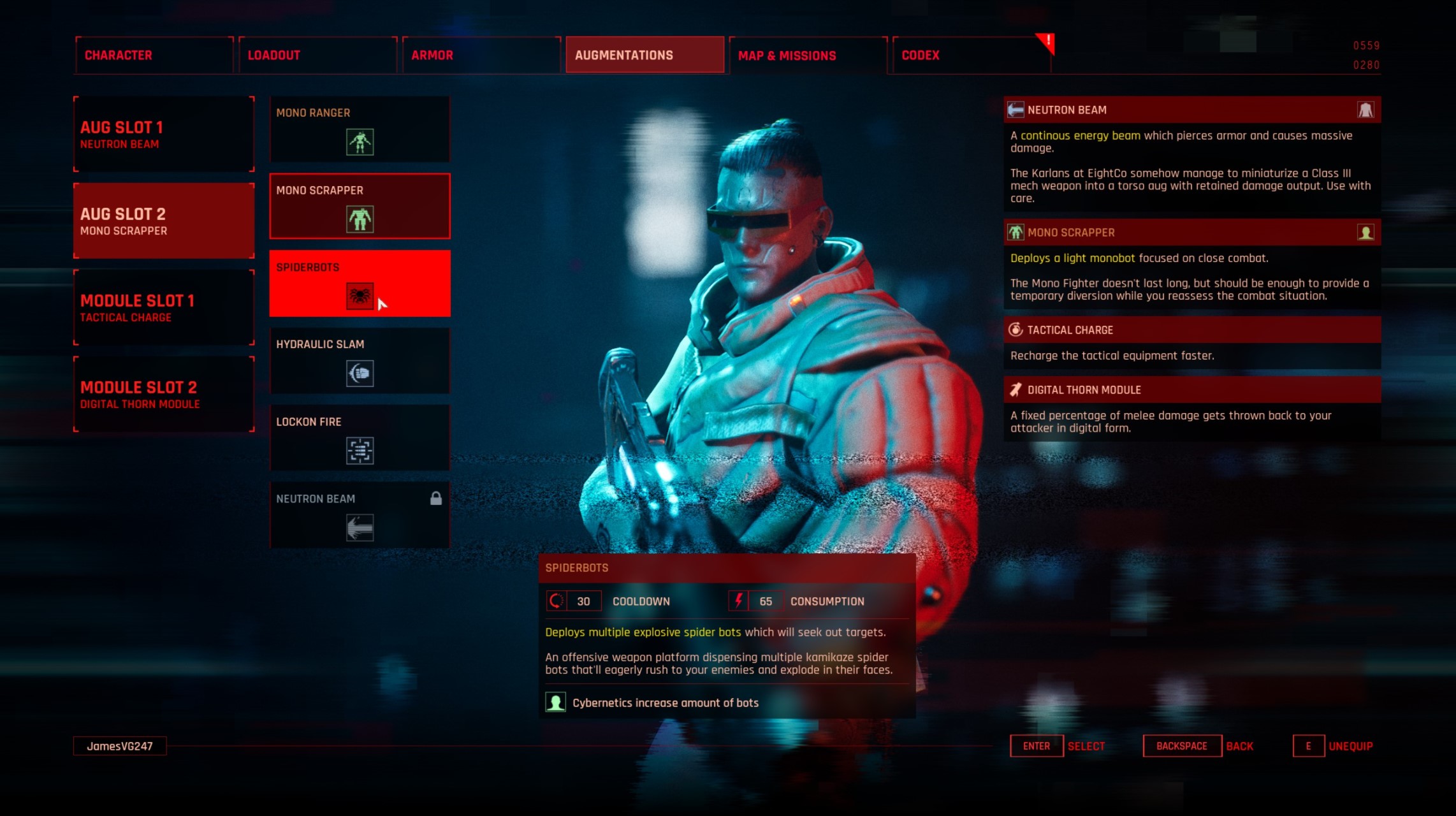 Not only do they take aggro away from your character when you need a breather, but their AoE damage is enough to clear out even some of the strongest mobs in The Ascent.

When you return to the Deepstink for the third time in the story, be sure to open the ICE 2 door in the Waste Disposal area and pick up the Rat Bite Augmentation. 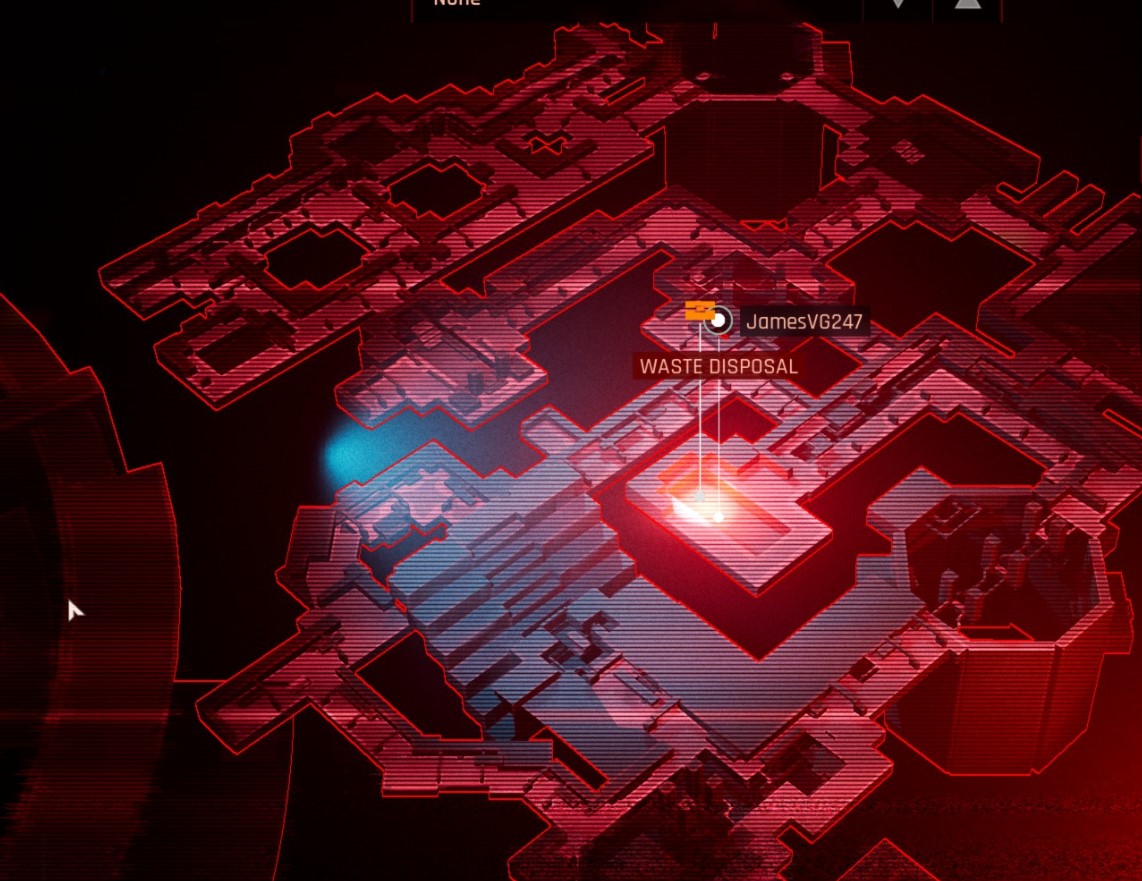 This rallies some enemy mobs to fight on your side for a limited time – another great method of drawing aggro away from your character.

Speaking of crowd control, if you want to take a more proactive approach to thinning the herd, then the Propulsion Leap Augmentation you also get as a boss reward is another to consider.

With a relatively low power and cooldown cost, this AoE splash is good at covering distance as well as taking out multiple enemies at the same time. 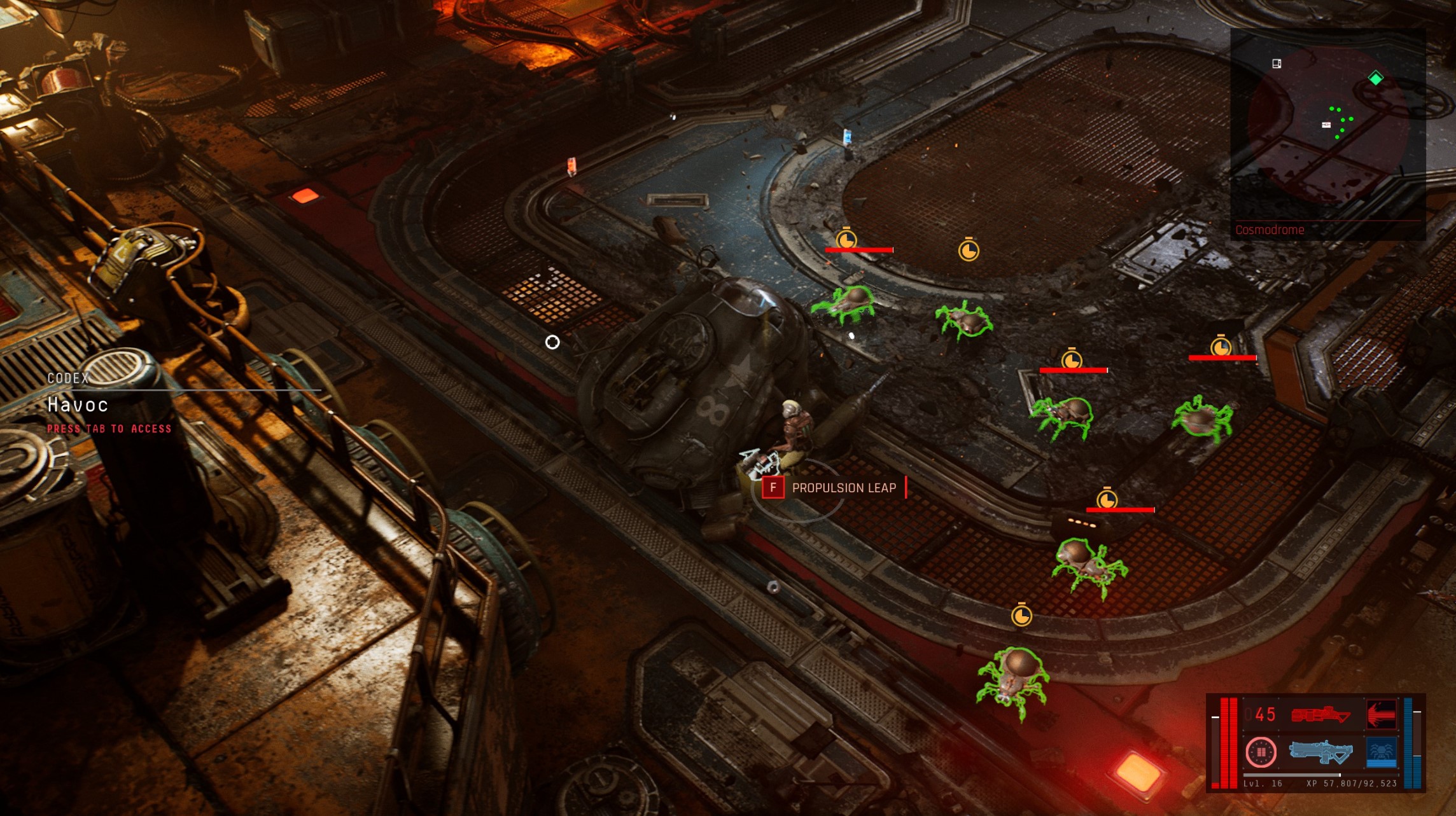 Call it a Kamehameha or a Hadouken if you want, but when all else fails, sometimes you just need to blast your way out of a corner.

The Neutron Beam is a fantastic Augmentation for doing just that.

Sometimes in The Ascent you’ll get overwhelmed by big groups of enemies, and this Augmentation is one of the best ways in the game to pump out a huge amount of damage as quickly as possible.

For more on crafting your character, here’s our guide on Character Builds, Attributes, and Skills in The Ascent.

Or if you’re trying to grab all the loot you can carry, here’s where to find every Cyberdeck Upgrade in The Ascent.

The Ascent Cyberdeck Upgrades | How to unlock ICE doors and chests