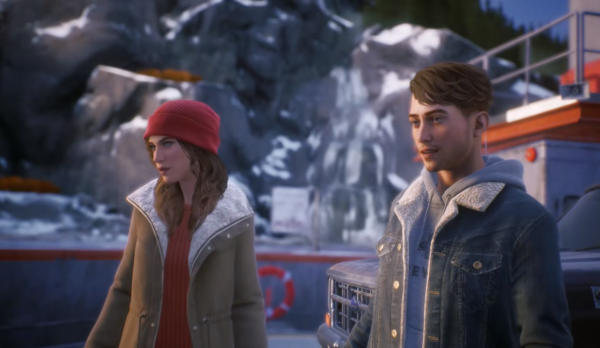 Tell Me Why is available for free for the entire month of June.

To celebrate Pride Month, Dontnod is making Tell Me Why available for free on Xbox consoles, Windows 10, and Steam.

If you’re unable to access the above platforms, you can play the game on any Android-based phone or tablet with an Xbox Game Pass Ultimate subscription.

From now until June 30, downloading the game will give you permanent access to it, even after Pride Month is over.

The game made headlines back when it was announced for starring Tyler Ronan as the protagonist; the first transgender playable character in a game from a major studio. The full story was released in three episodes, one per week.

“Since Tell Me Why’s release late last summer, the team at Dontnod and Xbox Game Studios Publishing have been humbled by and deeply grateful for the many gamers – especially trans and queer gamers – who have found understanding and hope in our game,” reads the announcement.

“We’ve received heartfelt messages from players all over the world about how Tyler’s homecoming as a trans man and Alyson’s struggle with trauma have impacted them, encouraged them, or made them feel a little less alone, especially amid the ongoing global Covid-19 pandemic and pervasive transphobic rhetoric in places like the United States and the United Kingdom.”

The team at Dontnod has made the game available for free to both allow more people to access the game and to encourage players to spend their money in places that will directly affect trans and queer communities.

The post Tell Me Why is free in June to celebrate Pride Month appeared first on VG247.

Pokemon Brilliant Diamond and Shining Pearl Are Up for Preorder