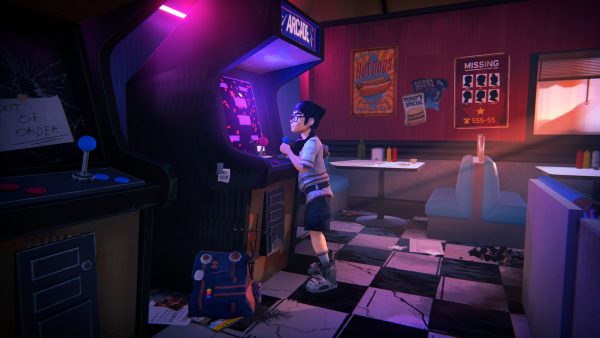 Steam Next Fest kicks off today, and there will be hundreds of indie demos to sink your teeth into.

Steam Next Fest runs today through June 22 and alongside demos, developers will also be taking part in livestreams to discuss their upcoming releases.

There will be demos available for titles such as the monochromatic dark fantasy puzzle platformer White Shadows; the alternate history FPS Industria; explorative first-person mystery Lost at Sea; Kaiju-based action game Gigapocalypse; and the first-person platformer Escape from Naraka.

You can play a demo for 2.5D adventure platformer Rainbow Billy: The Curse of the Leviathan before it hits consoles and PC this fall; there’s the Victorian era based puzzle platformer Tandem: A Tale of Shadows; Out of Line, an adventure game with puzzles all hand-drawn in an original 2D style; you can try the roguelite village-builder Kainga: Seeds of Civilization; and Early Access title Rogue Spirit will have a demo.

And this isn’t even the tip of the iceberg.

Some of the demos above are live now, but most will be made available around 10am PT, 1pm ET, 6pm UK which is when Steam usually updates the store.

The post Steam Next Fest kicks off today with hundreds of indie demos to try appeared first on VG247.

Where to pre-order Far Cry 6: versions and pre-order bonuses