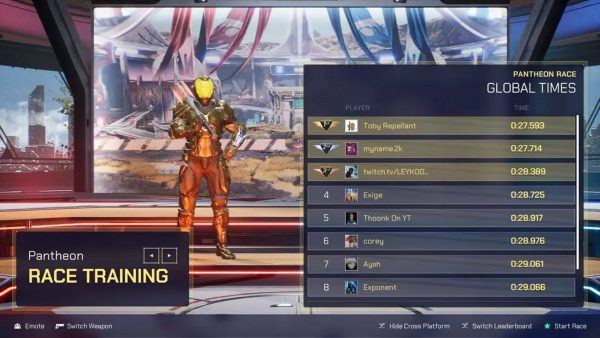 The Splitgate Pantheon Race is a weekly challenge that’s perfect for leveling up fast.

It’s not the easiest challenge to find, though. The Pantheon Race also puts your portal skills to the test, but you get a nice reward no matter how good you are.

The Pantheon Race is a single-player challenge where you try reaching the goal in as short a time as possible. You have no weapons, but also no enemies standing in your way. It’s a handy way of getting used to Splitgate’s portal system and a nice break from the main game’s hectic action.

Most importantly, you get 10,000 EXP for completing the race, whatever score you end up earning.

Enter the ‘Training’ menu, then navigate to ‘Races,’ and then choose Pantheon from the available choices.

Your goal is collecting the glowing disco balls and, if you want the top spot, doing it quickly. As mentioned, the rewards gained from completing the Splitgate weekly challenge don’t change whether you nab the top leaderboard spot or chug along as the slowest of them all, so there’s plenty of flexibility for finding a route that works for you. 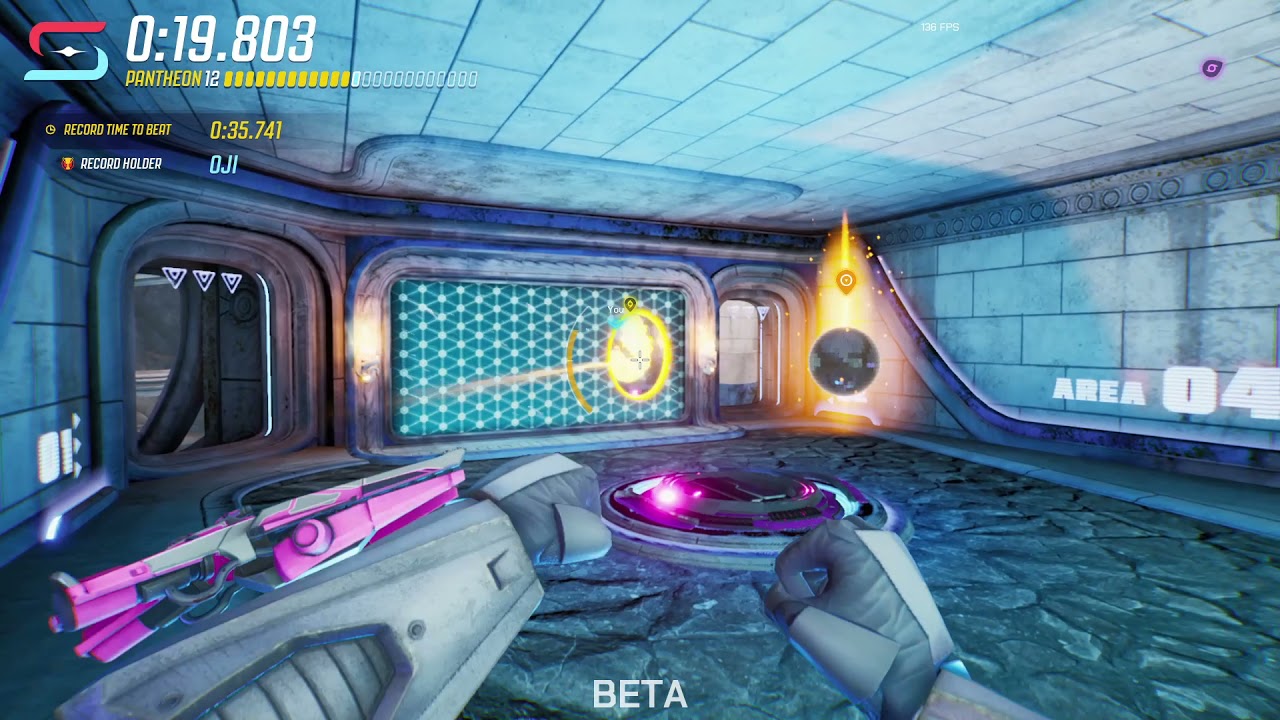 The Pantheon race has plenty of strategies for shaving seconds off your overall time, but there are a few tips for getting started.

Use gates liberally. A good practice is opening a gate as close to the nearest disco ball as possible. Likewise, even if you can see a ball further away, always grab the one closest to you. Using gates to reach distant disco balls saves time, plus it’s good practice for effective portal use during matches.

You might have to wait a while before starting the race, thanks to Splitgate’s immense popularity. If long queue times aren’t your thing, check out our Fortnite and Destiny 2 guides to help get you started in another fast-paced shooter while you wait.

Tales of Arise demo coming to PlayStation and Xbox next week