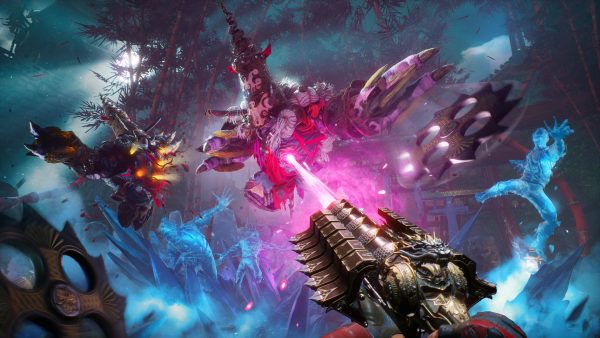 A new look at Shadow Warrior 3 was shown during Devolver Digital’s showcase today.

This is the second gameplay video for Shadow Warrior 3, and it shows Lo Wang kicking, slashing, and shooting monsters in the face.

A prior look at weapons you can use in the game was provided earlier this year, and the video showed off the heavy ordnance, dynamic katana, and “gruesome Gore Weapons.”

In the game, fallen corporate shogun Wang and his former “employer turned nemesis turned sidekick” Orochi Zilla will go on an improbable mission to recapture an ancient dragon they unwillingly let out of its eternal prison.

In the Flying Wild Hog-developed game, Wang will go to uncharted parts of the world to track down the dragon while trying to stop the apocalypse. In order to do this though, he needs the mask of a dead god, a dragon’s egg, magic, and enough power to do it.

Here’s more on the game:

Announced in July 2020, the action shooter is out sometime this year and you can wishlist it now on Steam. It is also coming to PS4 and Xbox One.

Godfall is coming to PS4 in August