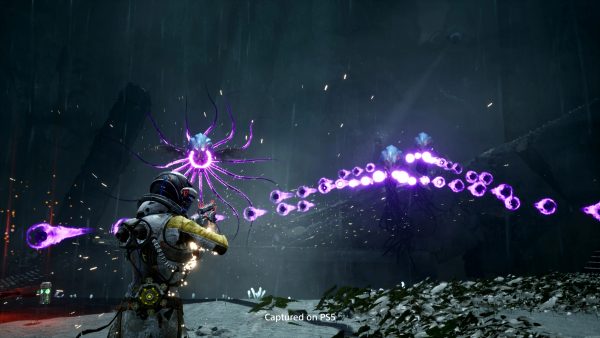 Housemarque is releasing a patch for Returnal tomorrow.

According to the developer, one of the things patch 1.3.6 for Returnal does is fix the issue with corrupted save files.

The developer still suggests you turn off PS5 auto-updates in the meantime and to keep active runs.

Alongside fixing the save files issue, the patch will also apply multiple stability fixes which will address rare crashes.

You can also expect numerous minor fixes with the patch.

The previous patch, 1.33, was released earlier this week before being pulled due to it corrupting save files. If the PS5 automatically uploaded a save to the cloud, replacing the most recent one, well, it wouldn’t turn out so well for players.

The team reverted the game back to the previous patch. 1.31, but still suggested players stop playing the game until the corruption issue could be addressed.