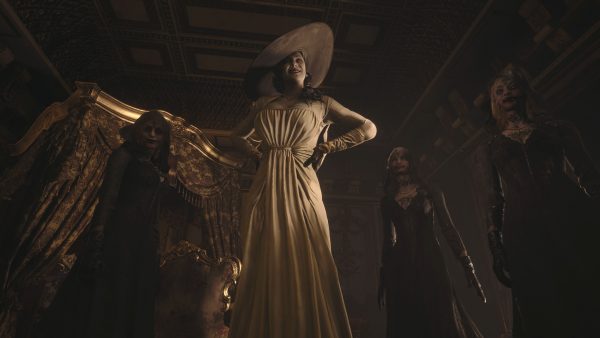 Resident Evil Village is an excellent and worthy sequel to RE7, even if it can’t quite meet that game’s heights – and action-lovers are in for a real treat.

Resident Evil Village, aka Resident Evil 8, is a sequel to Resident Evil 7. I know that sounds like a slightly pointless thing to say as a review opener – but bear with me for a moment.

What I’m getting at when I say that is that RE Village is very specifically a direct continuation of RE7: Biohazard. That was a sort of ‘soft reboot’ of the series – inside the vast established continuity, but distant enough that it served as a perfect jumping-on point for any potential newcomer to the series. It took notes from a newer generation of horror games, and shifted things to a first-person perspective. After a few games’ detour into more traditional Resident Evil with remakes of the second and third entries, Village returns to the template set by RE7.

There are a few additions injected right into that template, however. Some is from the wider Resident Evil series; there’s a dash of the sort of madness it descended into with the divisive RE6, and the titular Village is steeped in the creepy town energy of RE4, while also channeling that game’s action credentials from time to time. But at its heart, Village remains a sequel to RE7 through-and-through – and I was honestly quite surprised by how close it stays to its predecessor.

At its core, and staying broadly spoiler-free, RE Village is about four different grand houses within a small European town. The scale is larger, but these houses roughly equate to the different sections of Resident Evil 7, approached in a linear fashion.

The castle prominently featured in trailers is just one of the four; House Dimitrescu, home to the vampire women seen lots pre-release. That section of the game is roughly comparable to the section of RE7 where you’re in the main Baker house, solving puzzles and dealing with occasional but sparse combat encounters while also worrying about a deadly stalking boss enemy – that’s Alcina Dimitrescu, the ‘tall vampire lady’, and her daughters.

Given their prominence in the marketing, I was actually surprised at how little of the game the vampires feature in – but they’re just the first of four houses, with each house exploring different themes. The castle draws from Bram Stoker thematically, but also borrows directly from Jack Baker and Mr. X, deploying the same tricks that might be a bit less effective if you’ve experienced the terror of that duo before. 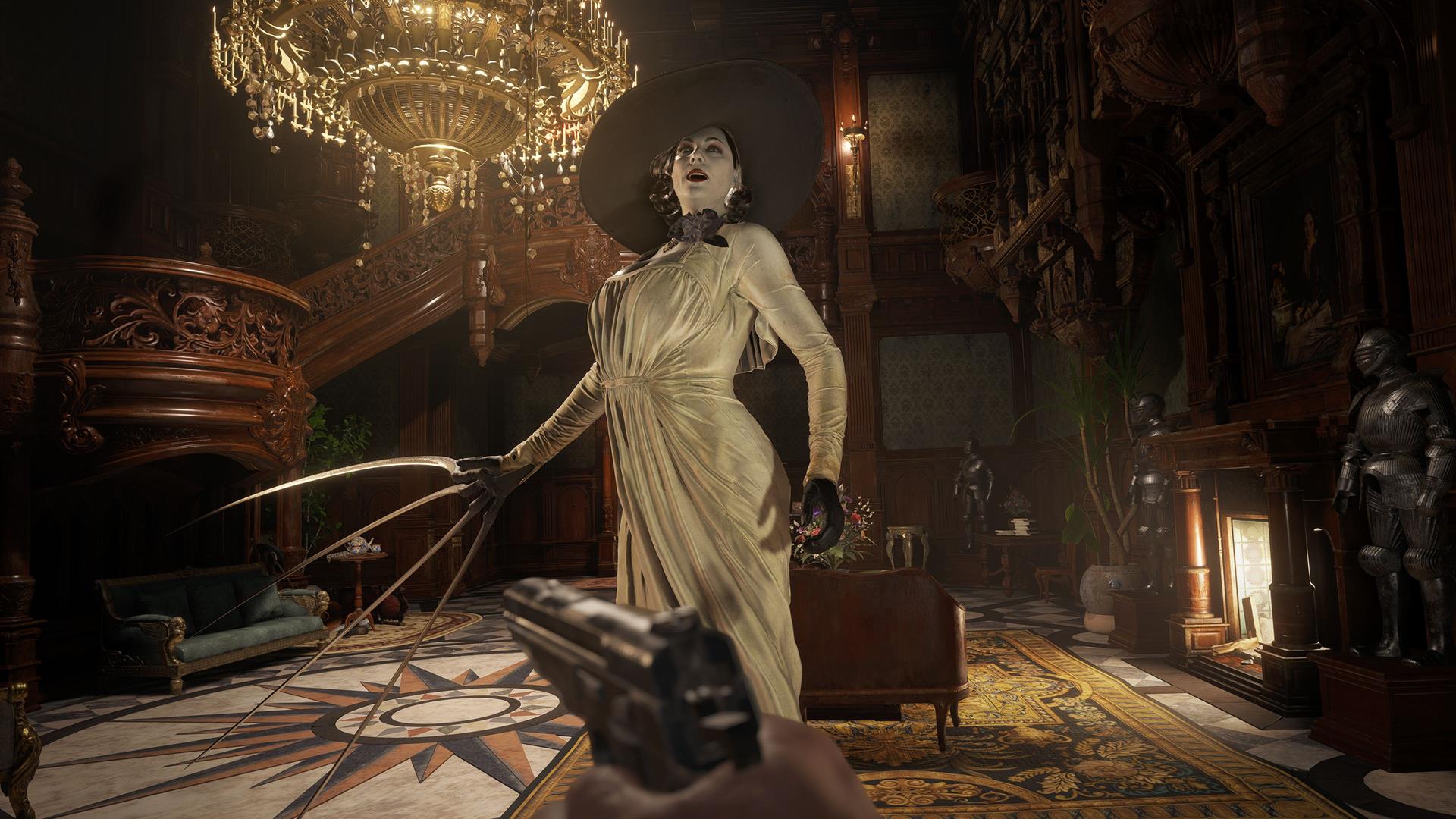 Another house experiments with terrifying hallucinations and creepy living dolls, a sort of different-paced left turn that feels similar to RE7’s injection of a Saw-style deadly puzzle segment with Lucas Baker. This section is a masterclass in horror, with incredible sound design and some truly disturbing enemies, the sort of section that can put a horrid knot into your stomach.

Another house is more combat heavy, providing a large yet claustrophobic environment where the action ramps up. Again, that honestly reminded me of RE7’s cargo ship, for better or worse. Along the way through each of these encounters there’s the tried-and-true Resident Evil mix of puzzles, combat, and scares – though this entry is less inclined towards the latter.

In this broad sense, the skeleton of these two games feels near-identical. With that said, RE Village is certainly bigger and badder – you’ll face a wider variety of enemies, in greater numbers, more frequently, and every house culminates in an epic boss battle that makes RE7’s biggest encounters look tame.

Between these larger dollops of content, both geographically and metaphorically, is the village itself. It must be traversed in order to reach the different houses. There’s a good amount to do here; new enemies appear there between major story beats, there are animals to slaughter in order to cook food that gives protagonist Ethan permanent buffs, and most crucially there’s a bunch of side content and secrets to be unlocked if you’re willing to wander off the beaten path and explore. 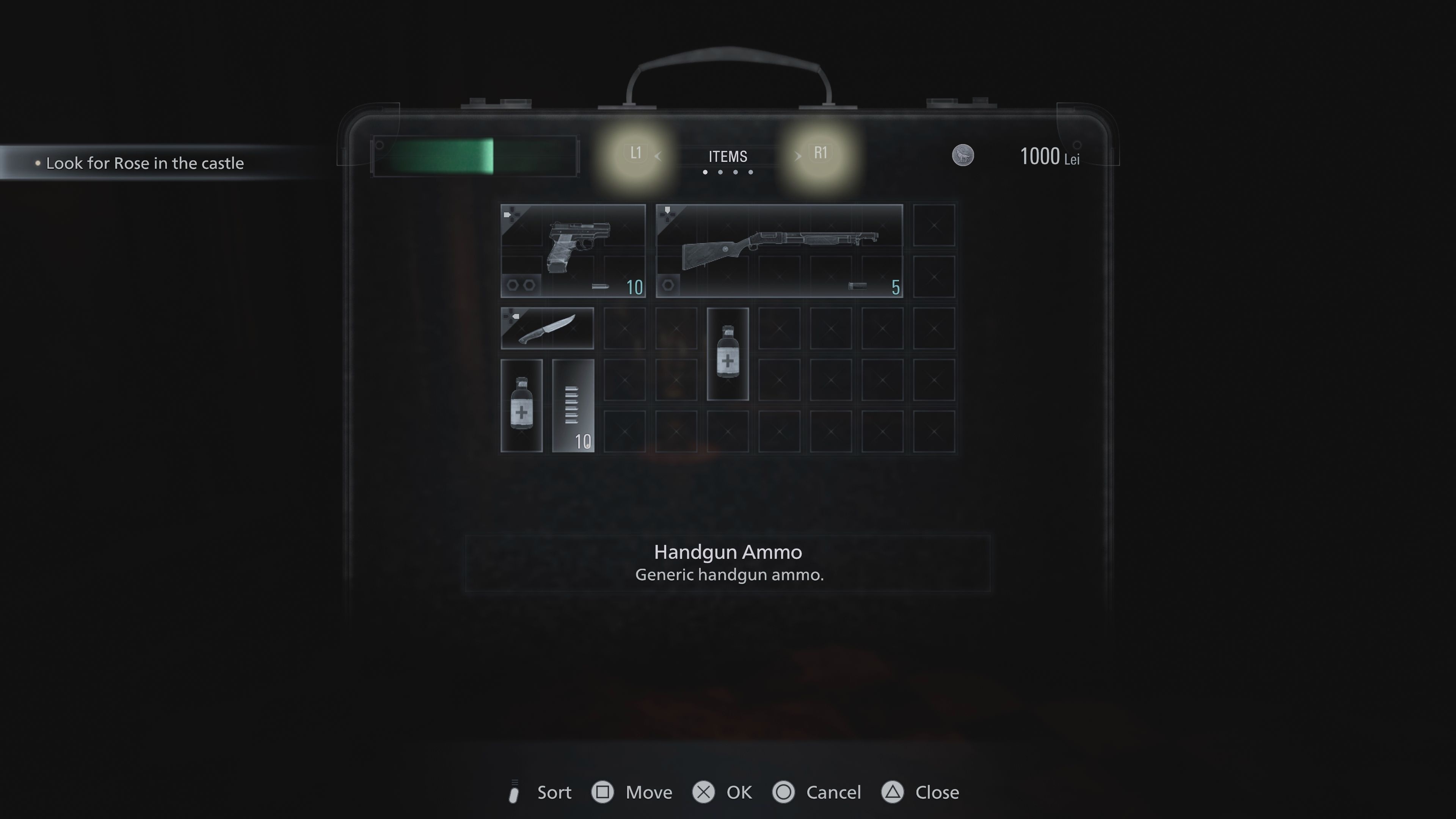 It’s certainly a more action-packed experience, too. Your first foray into the village is quiet and tense for a handful of minutes before you’re thrown into a combat encounter with a never-ending flow of enemies coming at you. Big-ticket weapons arrive sooner in this game, and with more ammunition. This doesn’t come out of nowhere, of course – RE7’s story is an arc of Ethan moving from everyman to Rambo over the course of an extremely fucked-up day, and he retains those learned lessons in RE Village.

It’s here – as well as in the more action-packed segments – that Village feels like it’s most deliberately channeling Resident Evil 4. It feels a little less of a survival horror as a result. Resource management still exists, but the situation is perhaps best summed up by how the safe room storage boxes are now replaced by the merchant. If you run out of ammo or the resources to craft more, you can always find the merchant and go on a spending spree. While his stock is limited, it’s regularly replenished. Cash is never an issue, as the world is littered with artefacts that can be sold for a pretty penny, and enemies drop valuable items likewise. The majority of optional side activities deliver

There are pros and cons to this approach, but directly comparing the two games feels like an apples to oranges situation. The most frightening section of Village is one where it strips away your weapons and leaves you helpless, which is telling. If the quiet, creeping terror of stalking around the Baker homestead with next to no ammo was your favourite, little of RE8 offers that feeling. What it does offer is different – more action, and more of a high-pitched terror as slews of powerful enemies bear down on you – and it’s also fun, well-balanced, and sublimely good looking.

Talking of good looks – goodness me, the facial animation in this game! It’s bonkers. It was pretty good in the other RE Engine games, but that element of the engine has clearly been tightly refined now. It still continues to demonstrate it’s one of the better in-house engines around, though still seems to suffer from some of the same issues it always has here and there. Everything looks fantastic from a distance, and frequently looks wonderful up-close, but every now and then a really rough texture will catch your eye, and you wonder how it slipped the net. I played on PS5, for the record, but it’s generally a fabulous-looking game that runs well. 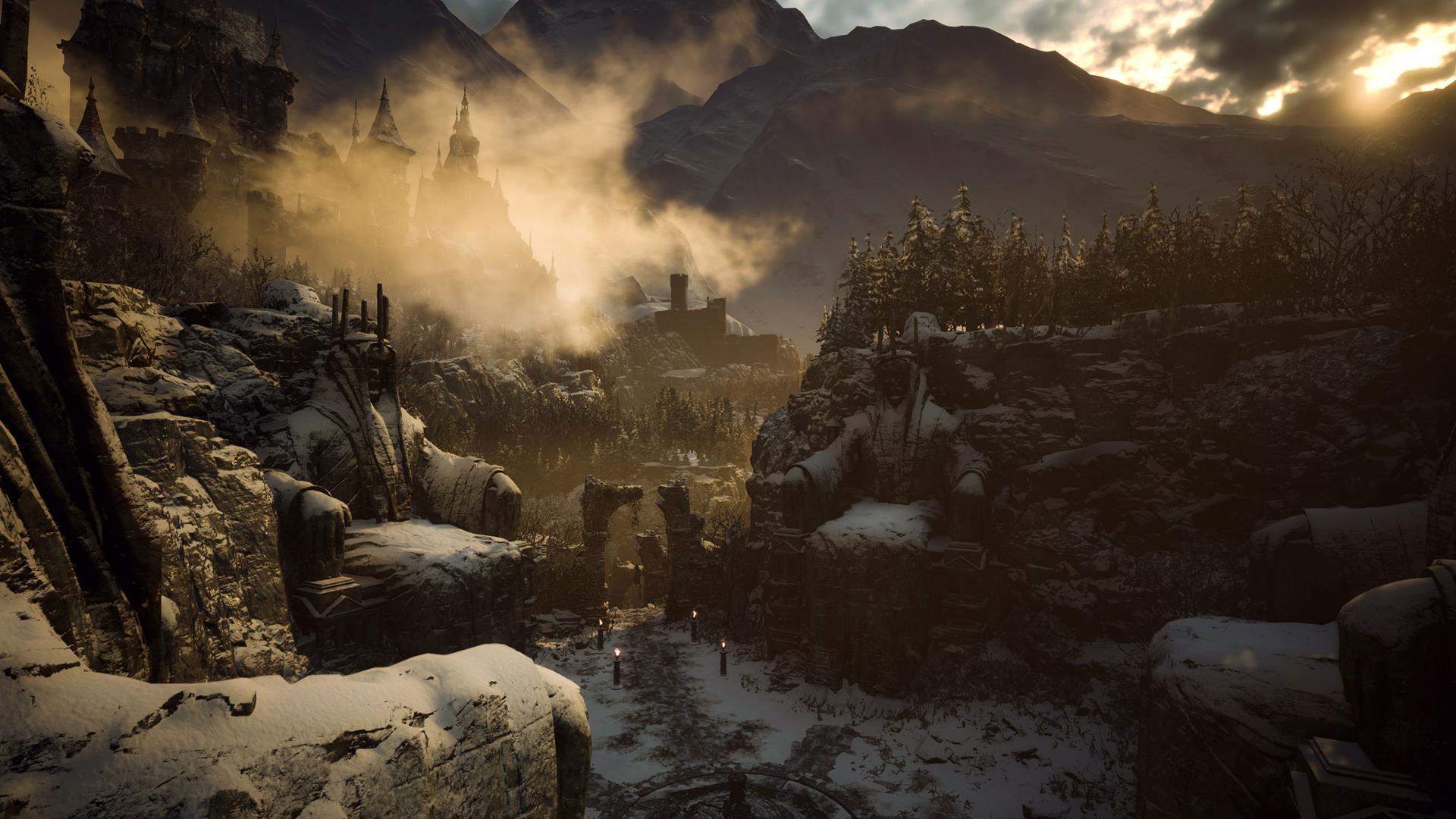 Village is a great game to play, but perhaps my favourite aspect about it is another thing that links it to RE7; it’s a direct continuation of that narrative. I won’t get into any spoilers, but suffice it to say Village uses its screen time to clear up questions and mysteries from RE7, while also working to tie some of the events of that game into the wider RE universe. Excitingly, it also pitches a few ideas for where the Resident Evil canon could go in the future.

At the end of the game, I felt the RE7 story had been satisfactorily concluded, but also that the internal lore of these two games was now more properly connected to the rest of the series. While there is a succinct summary of the previous game at the top for complete newcomers, I’d generally recommend you play RE7 first; it will enhance the experience.

Some people inevitably aren’t going to love certain elements of Village. I can see the final house being quite divisive, as well as several story elements. But, well, it’s just fun. You can tell the developers are having fun with this engine, franchise, and concept. That fun bleeds into the player easily, even in the moments where you’re in terror.

I think it speaks volumes that I finished the game on normal for the first time in just under nine hours and immediately hit the new game plus for a rapid-fire, all-sprinting easy mode run. As I write this, I’m about halfway through on the hardest difficulty. Beyond all this, there’s a content shop where points earned in play-throughs can be spent to get unlocks of things like powerful new weapons, infinite ammo, and other modifiers – and of course there’s mercenaries mode, which sets you loose in the village in a little survival sandbox.

Not long ago, I wrote about how I felt Resident Evil 7 was one of the best-paced video games ever made. It’s just pitch perfect on that first play-through – not a feature feels superfluous, not a moment wasted. It is an intricate machine of a game. Village isn’t quite so successful, feeling at once more ambitious but also sometimes more disjointed – but it is more than the sum of its parts.

Taken alone, any one slice of the game – like a single house, the village itself, even the way combat handles – has its issues. But combined, it merges into something that’s still special – even if it isn’t quite as brilliant as Resident Evil 7 or 2 Remake. It’s an easy recommendation – though if you didn’t back in 2017, you might want to play RE7 first.

The post Resident Evil Village review: a strong RE7 sequel that trades scares for action appeared first on VG247.

Returnal actually has a few cheats, if you plug in a keyboard