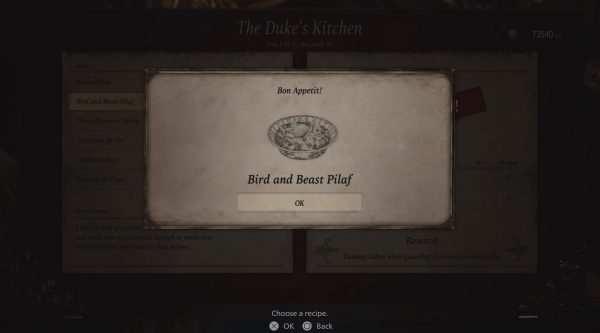 Slaying monsters in Resident Evil Village is hungry-work. That’s why along with his less conventional stock, your merchant chum, The Duke, offers to cook up a hearty meal for Ethan – if you can bring him the ingredients.

Along with regular cuts of fish, poultry, and meat, you can find special food items throughout the Village.

These are unique items which are used to procure the best bonuses The Duke’s Kitchen has to offer, which include health buffs, boosts to your movement speed, and an increase in the efficiency of your blocking.

Of all the ingredients, it’s fish, Finest Fish, Juicy Game, and Quality Meat that you’ll have trouble finding enough of – so we’ll focus on where to find those.

Poultry and Meat can be found at a variety of locations throughout the Village – especially Meat, which there’s a lot more of than you’ll need for every buff in the game. 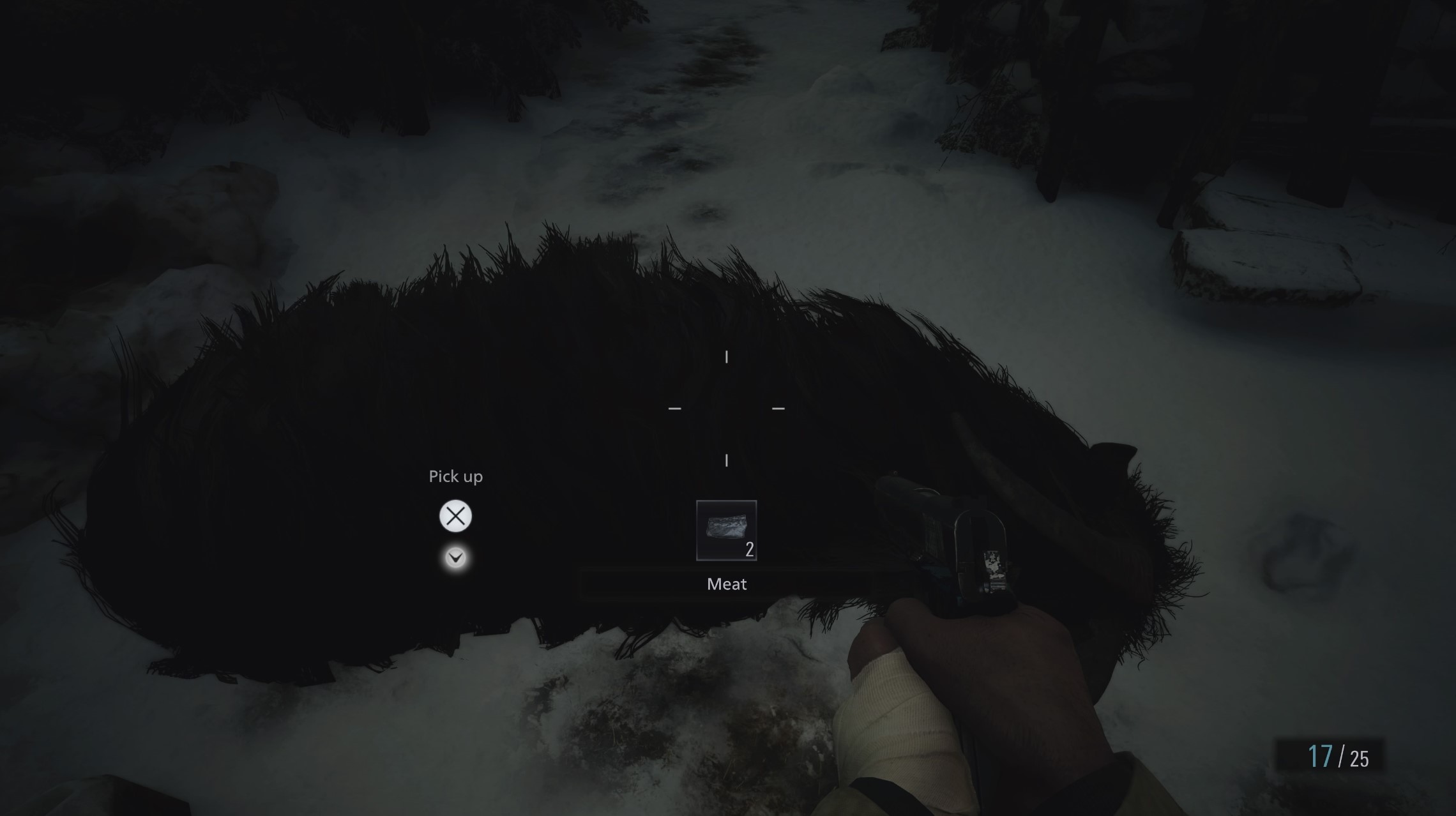 You’re supposed to collect hidden photographs of each special animal to reveal their locations, but they actually spawn pretty much straight away after you’ve completed the castle section, and you can harvest their food item without picking up the photograph.

Where to find Juicy Game in Resident Evil Village

Juicy Game is collected from the Strange Bird, which is found in the graveyard next to the Maiden of War statue in the middle of the Village.

From the Maiden of War statue, look up and to the left into the tree behind the small mausoleum. 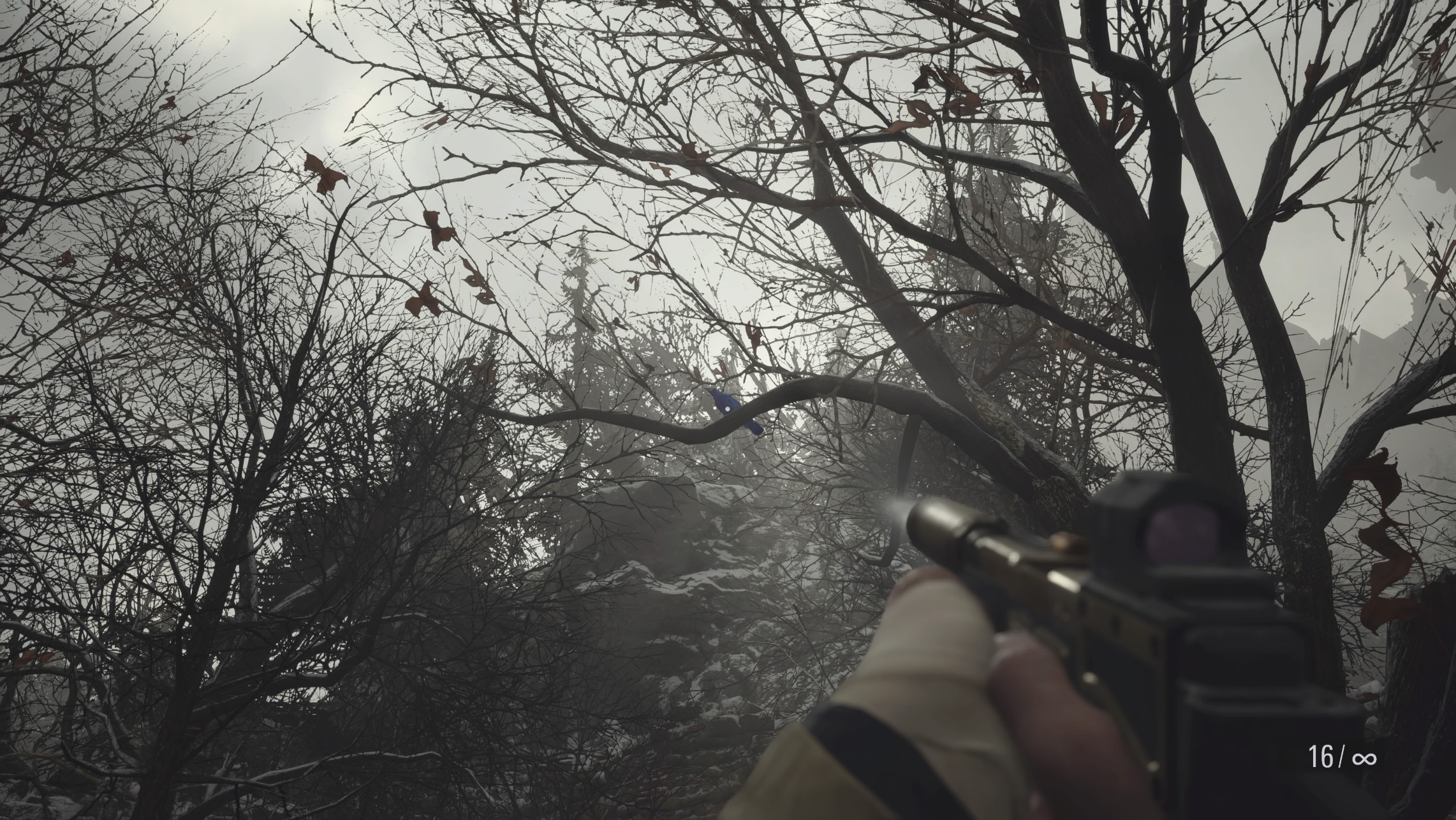 In the branches, you should see a blue bird. Shoot it down, and you’ll have the Juicy Game to cook up in The Duke’s Kitchen. 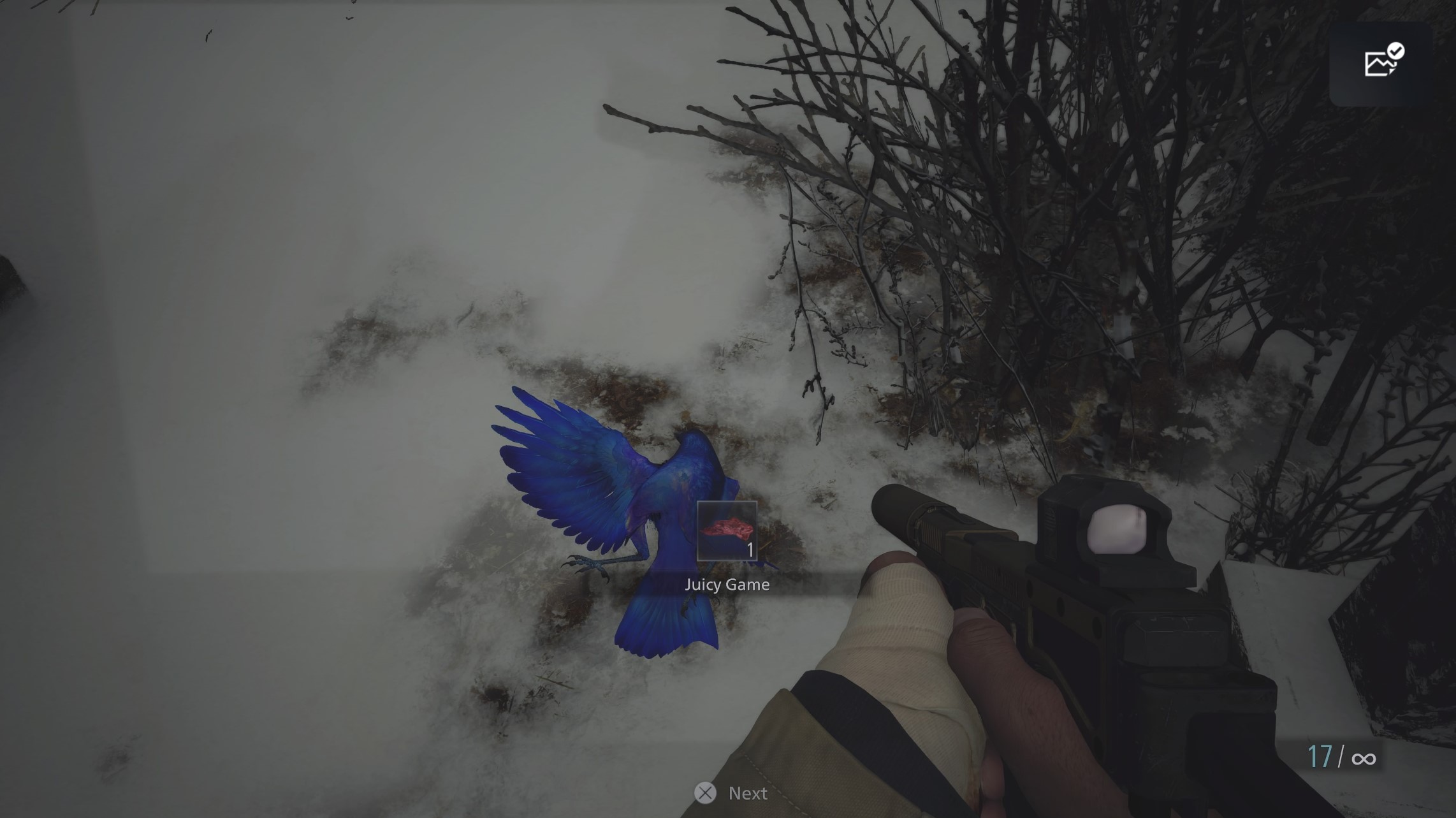 Where to find Quality Meat in Resident Evil Village

Right at the start of the game, you visit a villager named Luiza’s house. To get there, you went through an area called the Fallow Plot, and met a young woman and her father in a small house.

Return to this house by going through the graveyard, past the church, and through the Fallow Plot.

Go out of the back window and next to the well you’ll see the white pig. Briefly become the real monster in all of this, and kill the pig to pick up the Quality Meat. 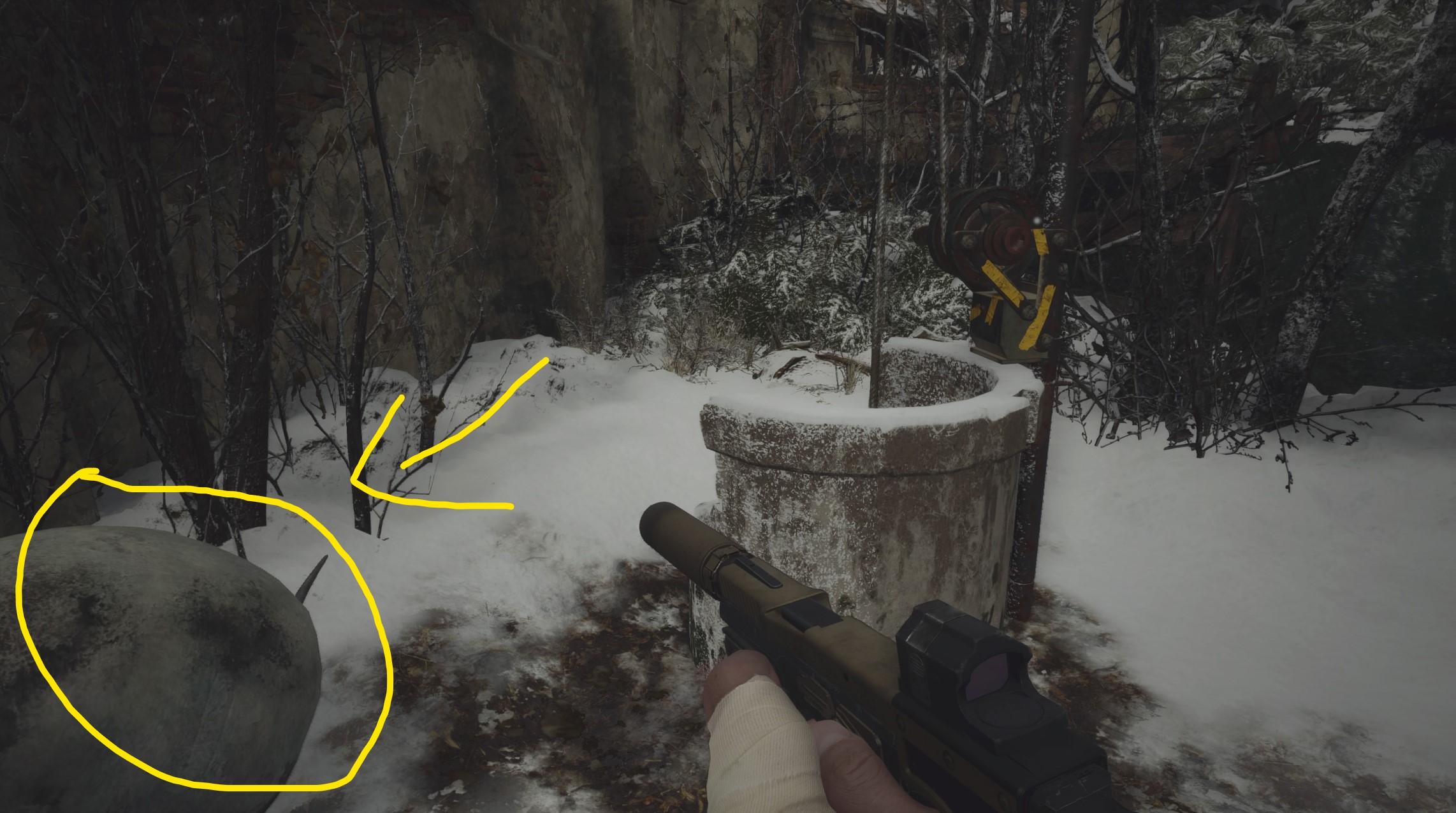 Where to find Finest Fish in Resident Evil Village

To collect the Finest Fish, you need to have completed the merman Moreau’s section of the game and found the crank.

Go to the Lone Road between The Duke and the Ceremony Site, then lower the drawbridge over the river and climb into the boat.

Turn the boat immediately around and go down to the bottom of the river, disembarking at the jetty you find.

Take a left and here you find a small pool with a golden catfish which gives you the Finest Fish. 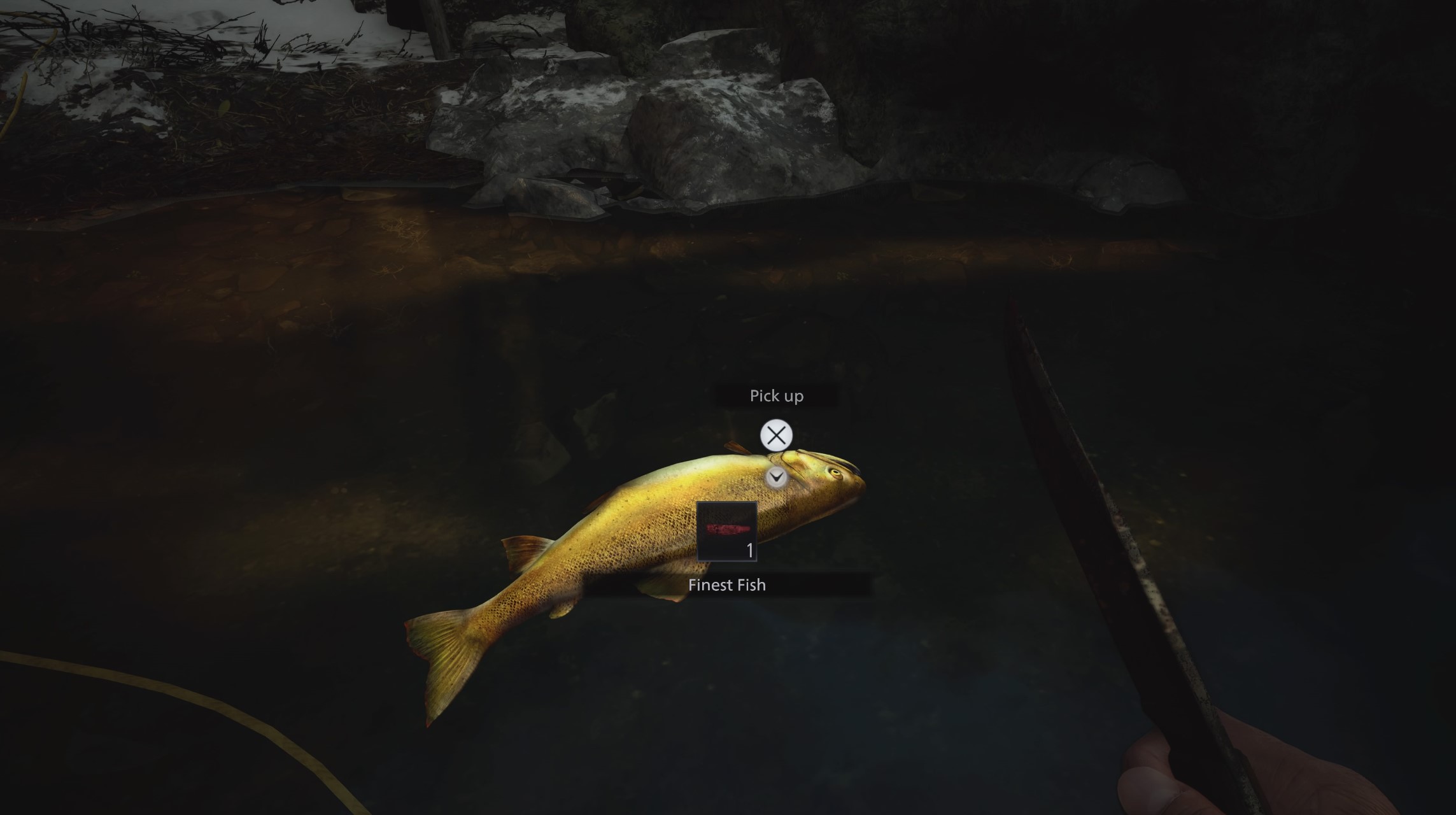 Where to find Fish in Resident Evil Village

As for regular fish, you can find a piece alongside the aforementioned Finest Fish – but there are also three more places to look.

First off, there’s a pool in the tunnel between the house you passed when you first left the castle and the ceremony site. It’s just before where you got the winged key from the crone. 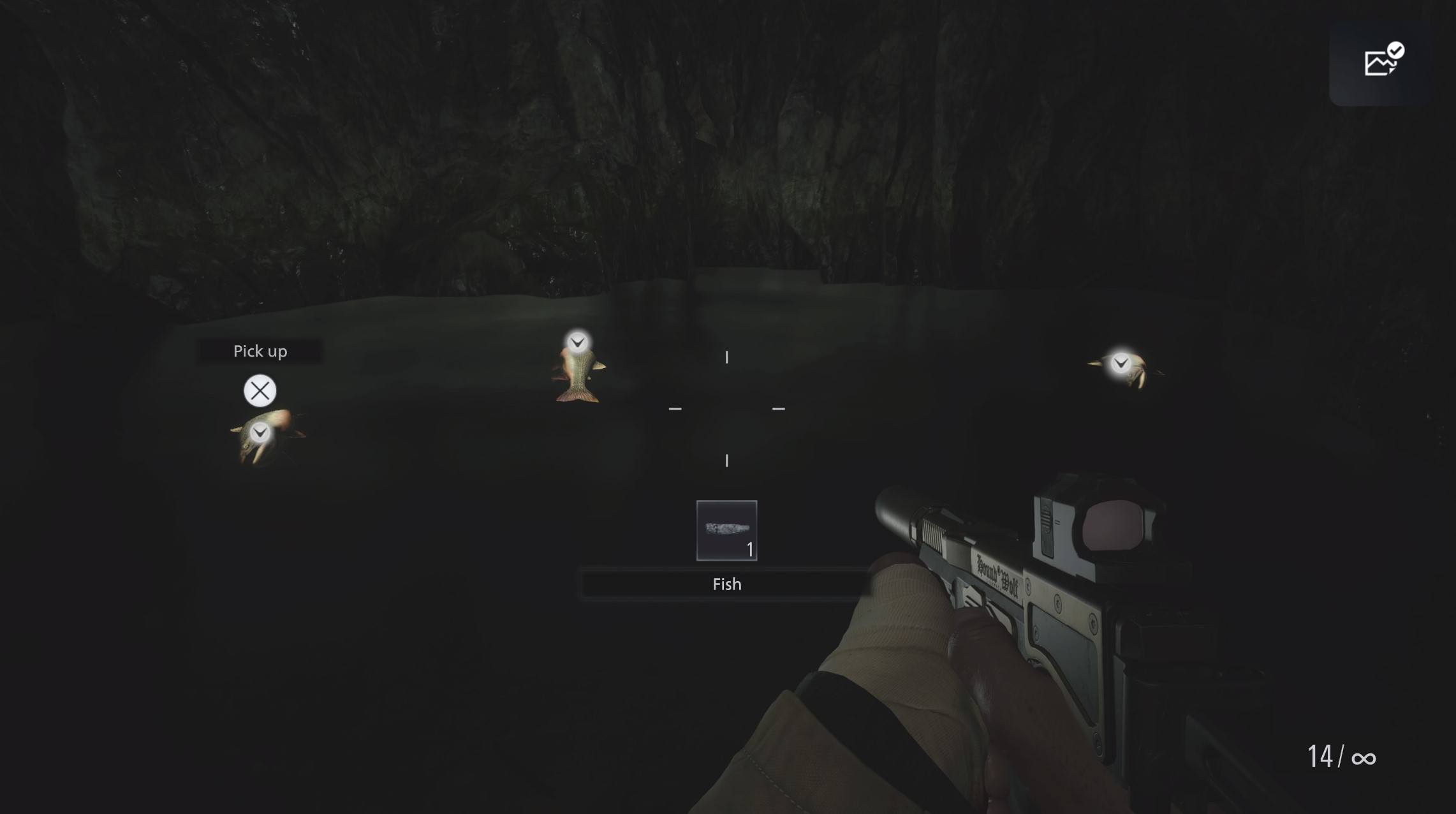 Next, there’s a impishly hidden sidepath in the Moreau section which gives you 4 pieces of fish.

When you finally get in the boat after the mine section, you take a short ride to a jetty and a small tent. 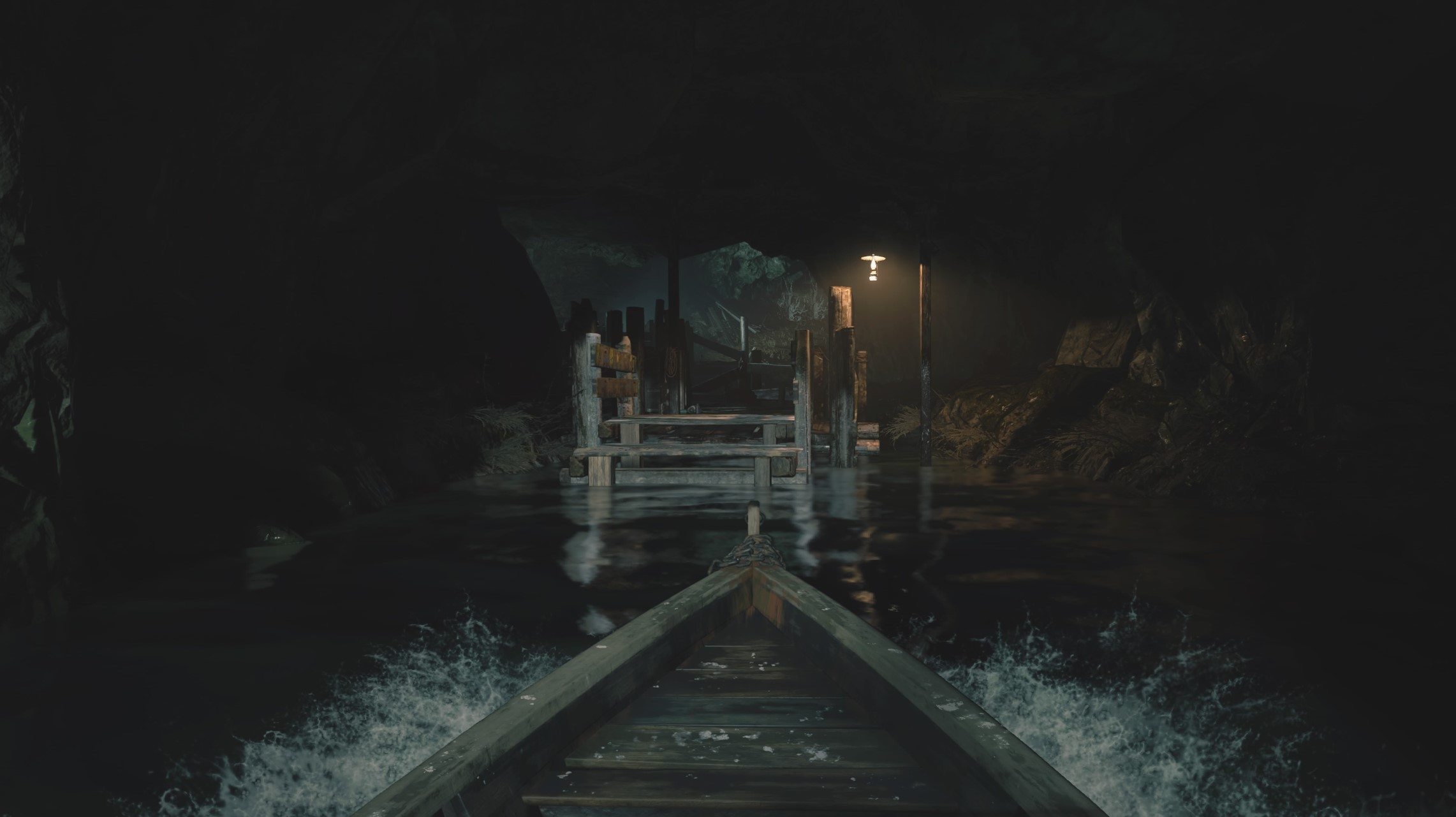 Before you go into the tent, look to the right and wade up the cave path here. 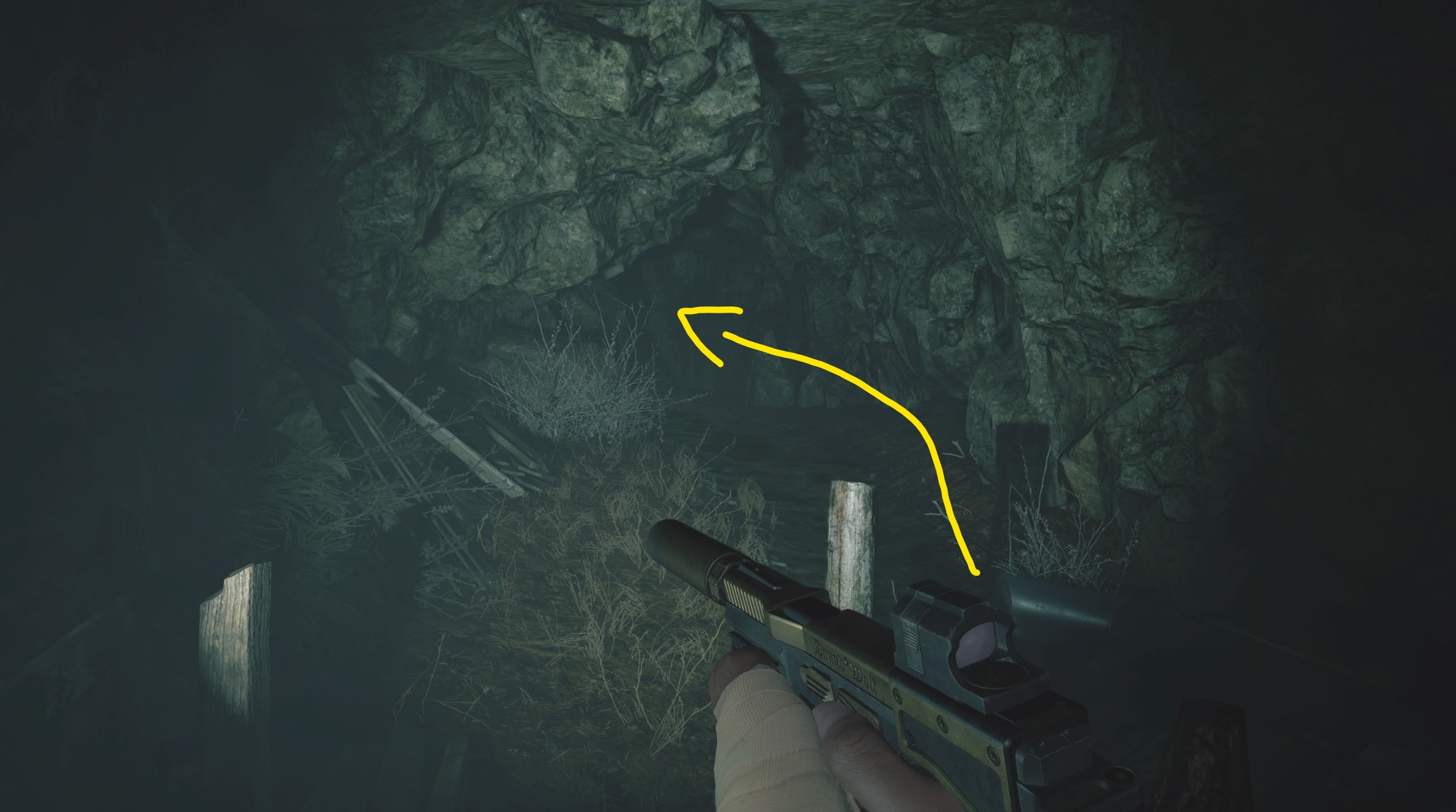 At the end you’ll find two large catfish that give you two pieces of fish each. 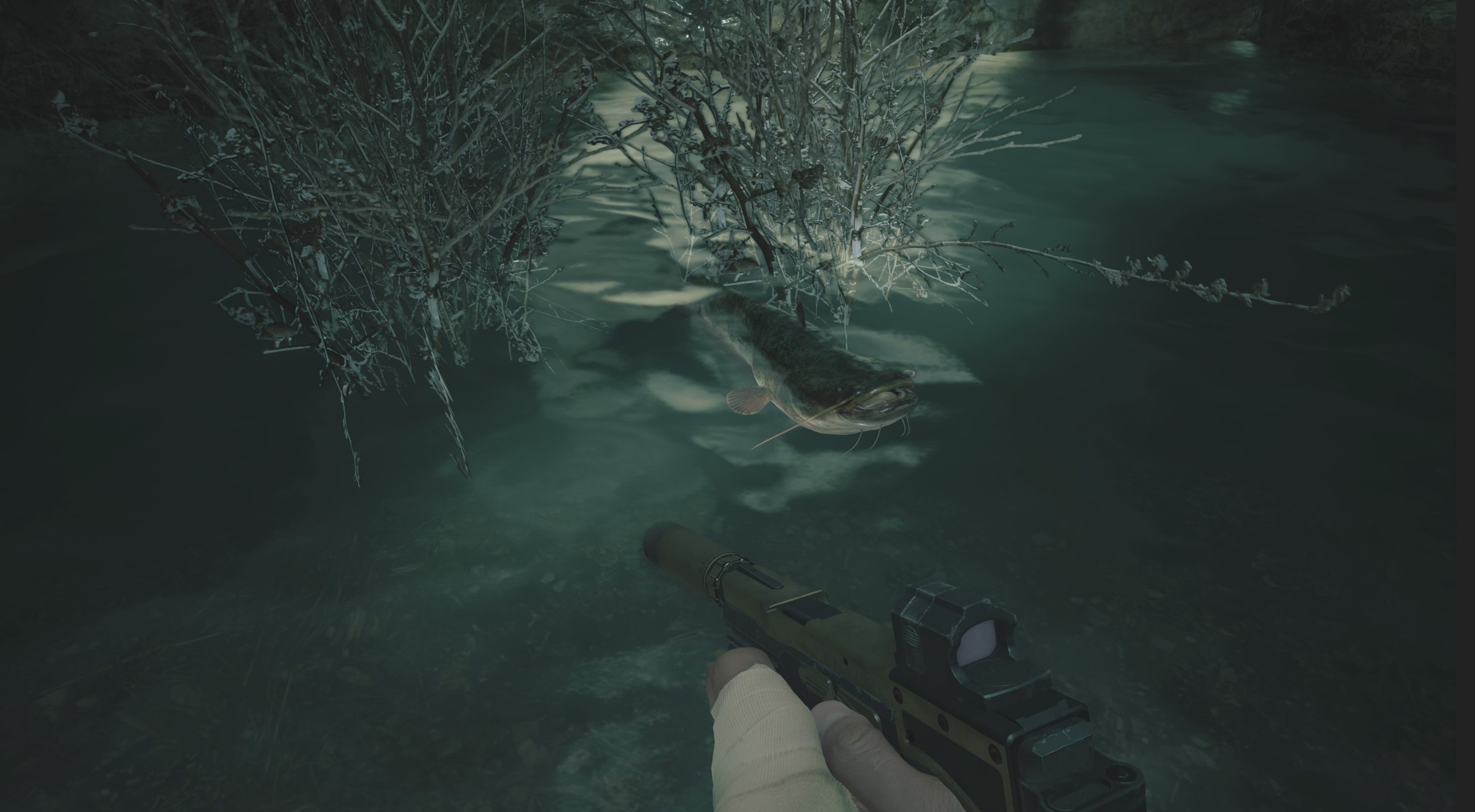 Finally, you can get another piece of fish at Otto’s Mill after you defeat the mini-boss, who ironically is very large. 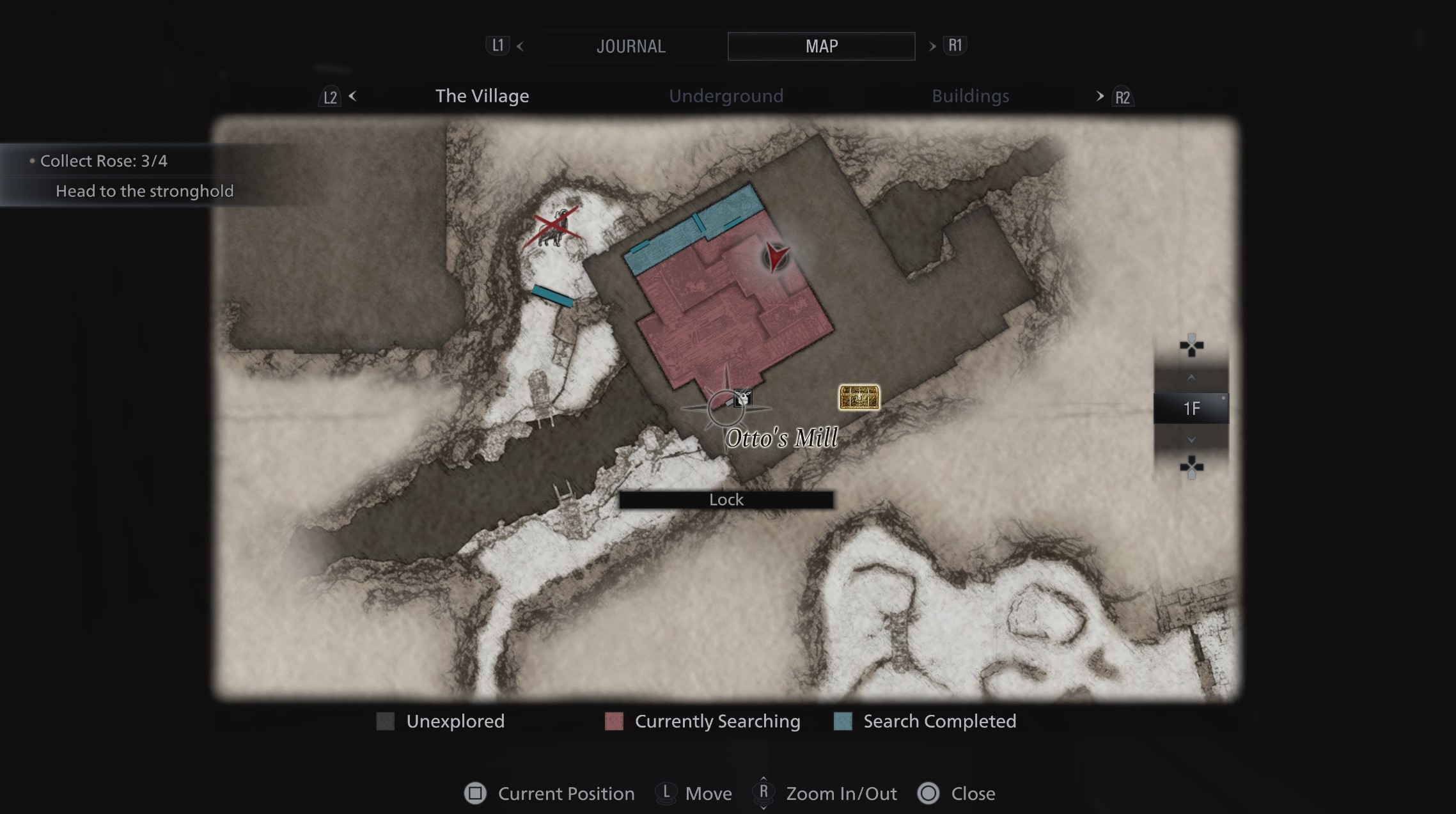 This happens after the Moreau section, where you can take a side path to the Mill before you go to Heisenberg’s stronghold.

First defeat the boss, then break the locks on the red door next to where they were working. Behind the door you’ll find various cuts of meat you can graciously stuff into your backpack.

The Xbox Wireless Headset is restocked at Walmart, so grab one now