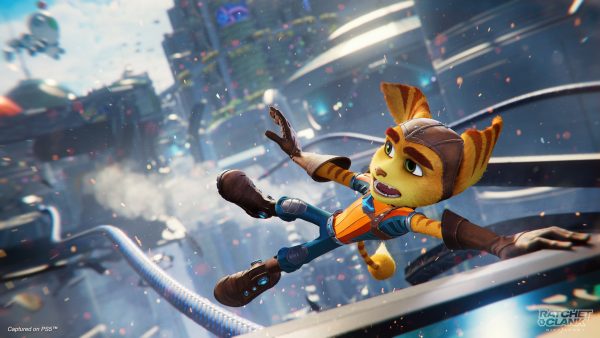 You can have a new look at Ratchet & Clank: Rift Apart in this new video showing off weapons and traversal.

The Ratchet & Clank: Rift Apart video features a look at various weapons, including classics like Buzz Blades, and new destructive tools such as the Blackhole Storm and Negatron Collider.

Weapons will also play a part in how the DualSense reacts. When you pull the adaptive triggers all or halfway for specific weapons, you will feel the blasts through the controller’s haptic feedback. You will also hear the clicks and ticks of your weapons via the built-in speakers.

The game will also feature various traversal mechanics as seen in the video. These mechanics include Phantom Dash and wall-running along with the Rift Tether.

Rift Apart allows people to choose between playing at 4K with a 30fps or a lower resolution at 60 frames per second.

Ratchet & Clank: Rift Apart was announced in June last year and will arrive exclusively for PS5 on June 11.

Total War: Warhammer 3 video introduces you to the realm of the Ice Queen