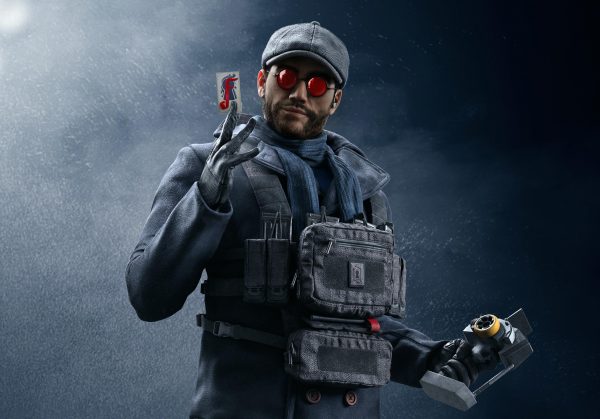 A Candian newspaper is reporting that a French Rainbow Six Siege player has been accused of causing Ubisoft Montreal to be swatted by police in November last year.

According to Montreal newspaper La Presse, citing a report filed by the Montreal police and a French court, Yanni Ouahioune had been banned from Rainbow Six Siege over 80 times. During the past four years, he has harassed the studio and other Siege players.

According to a criminal indictment in France, Ouahioune is responsible for having the studio swatted two more times in the next two months (thanks, Polygon).

Speaking with the newspaper, Ouahioune denied having the studio swatted by police, but did admit he attempted to have another player’s home swatted.

At one point, he impersonated a Ubisoft Montreal staff member in a call to Ubisoft in order to get access to his banned account. When this scheme failed, he threatened to “terrorize” Ubisoft “to death,” according to the indictment. He said this in order to get “all the keys to R6 and […] access to commands to ban people.”

However, according to the report, there have been other incidents directed at Ubisoft Montreal, which Ouahioune denies he played a part in. “[I] have stopped all of my bad activities,” he told the paper. “I no longer want my mother to be disappointed.”

The November 13 swatting call caused 400 people at Ubisoft Montreal to be evacuated, and reports stated the caller, who spoofed a call to Montreal cops, claimed to be holding 40 people hostage. The caller also said they would blow up the building if not paid over $2 million.

Court documents stated this was the work of Ouahioune, who denies the allegations. The next two swatting attempts, made in December and January, were resolved without incident as the police made “more discreet checks before launching a large-scale operation.” He also denies being the perpetrator of the other two false alerts.

Denials aside, it appears the French citizen remains the main suspect.

Ni No Kuni 2: Revenant Kingdom rated for Switch by the ESRB