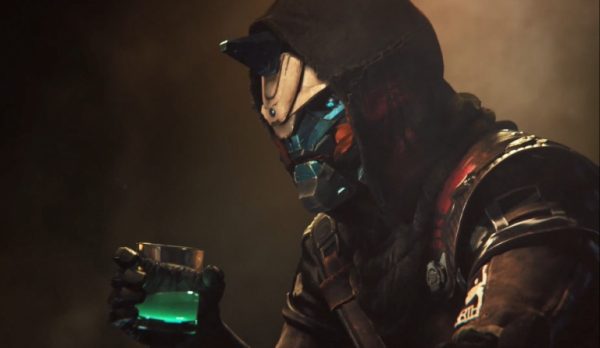 You may have seen a special Spicy Ramen emblem in Destiny 2 doing the rounds online this week, but don’t buy it from chancers on social media – it’ll be free next month.

Spicy Ramen has become something of a thing in the Destiny 2 community, as you may remember from the impromptu memorial shrine to Destiny’s Cayde-6 outside E3 2018. It once was a useless token that lived in your inventory, but it became a symbol to honor Cayde-6, voiced by Nathan Fillion, who died in-game when he caught a bullet from Uldren Sov.

Dataminers unveiled a special Spicy Ramen emblem due to come to the game soon, and – as you’d expect – started charging eager users that wanted to get their hands on it ahead of time.

This hasn’t gone down well with the Bungie communications team.

“Don’t buy the Spicy Ramen Coupon emblem,” wrote Bungie community manager dmg04. “It’s meant to be a free gift on Bungie Day, from us to you.”

Bungie Day is July 7, a reference to the studio’s long-running 7-based iconography. dmg04 followed up the primer on the item – which has had to be revealed earlier than planned by the studio – with a message to dataminers about the impact they’re having on the game.

“Dataminers – please stop spoiling content, whether it be story or emblem codes. I know it can be exciting to be the first person with cool info, but please respect the fun.”

Datamining is often overlooked by studios; it’s sort-of a given that it happens, and has become a very prevalent part of the fandoms surrounding games-as-a-service (it’s where you usually hear about Fortnite news before anywhere else, for instance).

But for the devs to speak out actively to prevent players from being conned out of money for a free item? That’s unprecedented for Destiny 2, and you can see that the studio really hopes it won’t happen again.

Tekken X Street Fighter was ‘30% complete’ before development was halted

Final Fantasy 9 is being turned into an animated series