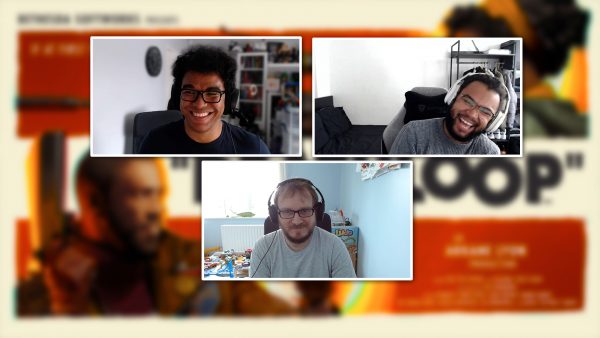 Hello friends! We are back once again to have a little chat about the week that was in video games, which this week was dominated by two things. Can you guess what they were? We still don’t have this setup as a “proper” podcast, but imagine this as a beta podcast or what we’re doing because we’re too lazy to set up a proper feed. Look out for a full podcast launch in the near future, which will have an actual name, come with an audio-only option, and be on the usual podcast services you no doubt use.

But, to be clear, this isn’t that fancy pants podcast, but is instead myself, Alex, and Dorrani talking about big things, such as Switch OLED and the recent State of Play event from PlayStation.

So, watch the video above to hear Alex talk at length about the Switch OLED as I pretend to be interested but am in fact secretly replying to some emails while nodding my head. Does he want one? Do I want one? Why does Dorrani hold up a Switch as if no one has seen one before? Get those answered in the video chat, plus we go into detail on this week’s State of Play from PlayStation, ponder whether Deathloop will sell well, get side-tracked by internet usage from years gone by, and end up talking about how Xbox was an evolution of the Dreamcast.

We’re experimenting a bit with the format (which is a posher way of saying it’s just us talking about what pops into our heads), but what do you think? Would you like this in audio form every week? Do you have any suggestions for the podcast’s name? Let us know in the comments. If you want an idea of what we might talk about in the months to come, chances are it’ll be the games featured in this video game release dates page.