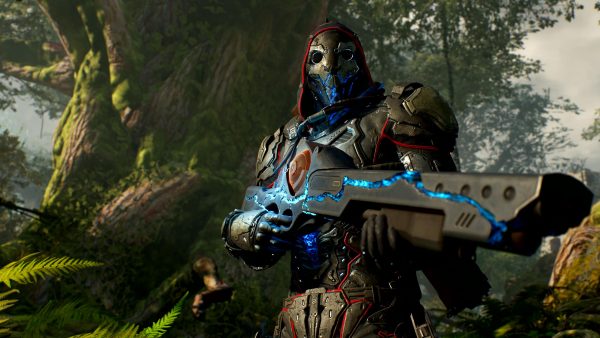 Outriders just received a fresh update on all platforms. This is the game’s biggest so far, resolving a number of bugs and crashes, some of which date back to the game’s pre-launch demo.

Although the patch doesn’t include a proper balance pass, some of the bugs fixed may affect the behaviour of certain skills. “Please do not consider this a proper balancing pass as it is simply a small number of changes for which a patch was required,” People Can Fly explained on Reddit.

As for what the patch actually did, the developer confirmed that it fixed the issue causing players to get stuck on the ‘Sign In’ screen, but not the bug responsible for the ‘Can’t Connect to Server’ issue.

The ungodly accurate enemy snipers have been balanced to allow players more time to dodge their shots. You’ll also be happy to know that enemies in the the Stargrave Expedition will cause less knockback with their attacks. The same Expedition should feel more manageable, too, thanks to a bigger delay between wave spawns and a lower number of knockback-causing creatures overall.

The bug that would sometimes cause the Trickster’s Hunt the Prey skill to fail to teleport, and still go into cooldown, has been fixed. PC players, who recently learned that Outriders has been leaving behind massive crash dumps, should no longer have to worry about clearing that folder, as the game will now automatically delete old crash reports.

Outside of that, the patch addressed several crashes for solo and multiplayer sessions, and upped the maximum FOV cap on PC to 130 from 90.

People Can Fly also gave an update on the item restoration process, for players who had their inventories wiped due to a bug. The studio is still unable to say when these items will return, but explained that a “small number of edge cases” have forced the team to continue working on finding solutions. The complexity, according to the developer, lies in how Outriders calculates item levels.

“The complexity of these three variables together on individual affected characters is taking some time for us to get right. Our tests indicate that restoring higher level gear than they should have leads to further character corruption, so we are not able to issue a blanket one size fits all solution here.”

As a result, the team elected to roll out this update now, seeing as it’s ready, while work on item restoration goes on in the background. The full set of changes is massive. So big, in fact, People Can Fly split it into eight different categories – all of which can be seen in the Reddit post linked at the top.

Looking for even more Outriders? Our Outriders guide has you covered.

The post Outriders patch fixes a tonne of bugs, but still no ETA on inventory restoration appeared first on VG247.