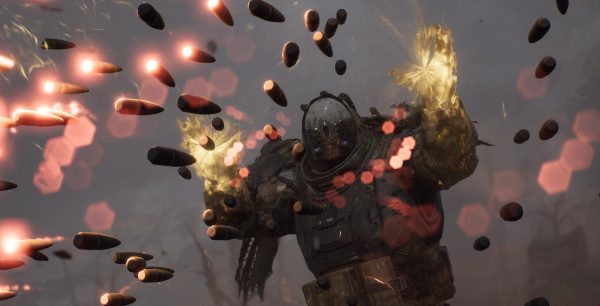 Character and inventory restoration is underway in Outriders.

Inventory restoration for Group B characters is now occurring in Outriders and will complete over the next day or so, according to People Can Fly.

Restoration will include up to 20 legendary items there were in your inventory and will benefit those who lost a legendary item up until April 20.

Group B are characters that lost gear but were still playable will need to have continued playing on these characters since the wipe.

Group C are essentially all other players in the Outriders gaming population who did not encounter an inventory wipe.

Since the development team is unable to “conclusively distinguish” Group B from Group C players, both Group B and Group C will benefit from the restoration. This means even if you did not encounter an inventory wipe, you may well receive up to 20 God Rolled Legendary Items that you may have previously lost to a bug or sold to a vendor.

Yesterday, character and inventory restoration for Group A characters occurred.  In this case, all items, regardless of rarity, that was equipped at the time of your inventory wipe will be restored.

All fully completed Accolades will be restored if you previously reached the final tier of said Accolade.

People Can Fly said to keep in mind the team was unable to restore every single lost item with 100% accuracy, but that it is doing its best to make sure the most valuable items are accounted for.

If your inventory is already full, restored items will be held server-side until there is space in your inventory and you have logged out and back in again.

The post Outriders character and inventory restoration is underway appeared first on VG247.

Have a look at the opening animation for Scarlet Nexus