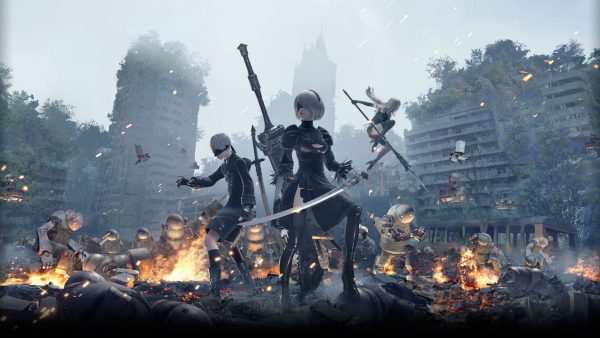 A new patch for Nier: Automata addresses long-suffered issues and adds support for 4K and HDR.

Over four years after its initial release, Nier: Automata is finally getting a new update to address some graphical issues on the platform as well as greater support for 4K and HDR displays.

Announced earlier in April, the new patch arrives Thursday, July 15 on Steam. According to patch notes published earlier today, the main focus of this patch is to improve clarity and performance on 4K and HDR displays.

The game will now detect if HDR was activated in the Windows display settings and automatically switch to HDR mode. More significant is the approximately 270 UI textures that now support 4K resolutions, making the game more readable on newer displays.

This patch also handles one of the main issues with the PC port of Nier: Automata: the framerate. Now, the framerate is stabilized at 60fps by default. This includes cutscenes, which will all now also display at the correct aspect ratio without stretching the picture.

Other small changes, like adjustments to anti-aliasing and bloom lighting, come together to make the entire game run smoother. Even something as tiny as getting rid of the mouse cursor when playing with a controller helps this port feel more complete, something fans have been clamouring for ever since the port was released to a less-than-stellar reception.

Though the game itself is critically acclaimed, the PC port was always plagued by many issues, like frequent crashes, lower framerate, and stuttering cutscenes. While this patch doesn’t address everything that’s wrong with Nier: Automata PC, fixing the framerate and increasing the display options for the game go a long way to bringing the port to parity with its console versions.

Nier: Automata quickly became a favourite among audiences thanks to its polished action gameplay and thoughtful narrative. It garnered rave reviews and even became a commercial success on the back of its reputation.

Nier: Automata is available now for PC, PS4, and Xbox One.