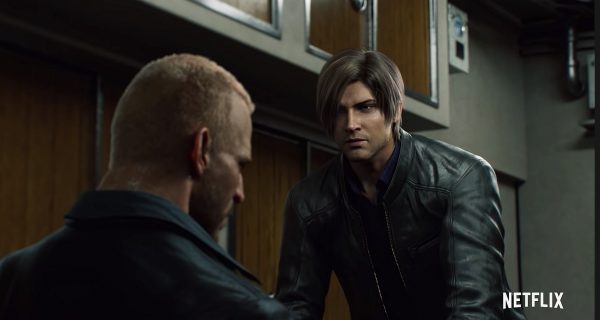 If you want to check out the opening three minutes of Netflix’s upcoming Resident Evil series, Resident Evil: Infinite Darkness, we’ve got some good news for you.

The series is going to stray slightly from the Raccoon City setting its protagonists feel more comfortable in, but that shouldn’t be too much of a distraction for them on their mission to put a stop to the spread of the zombie virus.

There’s currently no word on how many episodes there will be in the series.

In the mini-series, Resident Evil 2 remake’s Nick Apostolides stars as Leon Kennedy, and Stephanie Panisello lends her voice to Claire Redfield – and you can see them in action below.

“In 2006, there were traces of improper access to secret Presidential files found in the White House’s network,” explains a blurb for the show. ”

“American federal agent Leon S. Kennedy is among the group invited to the White House to investigate this incident, but when the lights suddenly go out, Leon and the SWAT team are forced to take down a horde of mysterious zombies.”

If you’re hungry for more non-video game Resident Evil media, don’t worry – there’s more in the works. Netflix is also working on a live-action Resident Evil series starring the ‘Wesker kids‘. There’s no release date for that one, though.

The opening of the upcoming show was debuted during Netflix’s Geeked Week, and it was a busy day for the streaming service: it also announced WitcherCon, showed off more from The Witcher Season 2, teased details about Ubisoft’s Splinter Cell, Far Cry, and Blood Dragon animated shows, and debuted The Cuphead Show!

Resident Evil: Infinite Darkness will air on Netflix on July 8.

Back 4 Blood may be on Xbox Game Pass day one