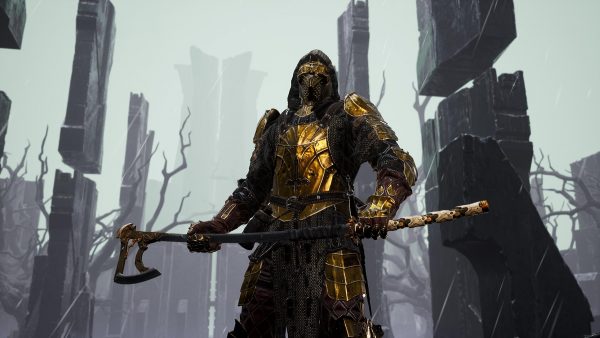 Cold Symmetry’s Mortal Shell gets its next expansion, The Virtuous Cycle, on August 18 – but if you’re quick off the mark, you’ll be able to get it completely for free.

Mortal Shell’s next DLC sounds great: it adds a roguelike-inspired mode to the game which will allow you to enjoy Fallgrim in a whole new way.

In honor of the game’s first anniversary, developer Cold Symmetry and publisher Playstack announced that The Virtuous Cycle will be free for five days from launch, meaning that you can grab a frankly ludicrous 100% discount from August 18 to August 23 on all platforms the game is available on.

In order to be eligible for the discount, you must own the original game on the platform you intend to add the DLC on. The DLC will return to its regular price of $7.99 once the promotional period ends.

You can check out the DLC trailer below.

“Since we launched Mortal Shell back in August 2020 we have been thinking about how to give our fans something truly special that demonstrates our sincere appreciation for their support,” said Kiron Ramdewar, head of PC and Console at Playstack.

“The Virtuous Cycle Expansion has been packed with content that fans of the genre will love, and provides a new unique way to experience the rich Mortal Shell universe. We can’t wait to see how new and old players will tackle our new roguelike mode when venturing into the depths of Fallgrim”.

It’s not the first time the developer has shown its appreciation to its customers; Cold Symmetry gave players a  free upgrade to next-gen consoles earlier this year.

The post Mortal Shell’s next DLC, The Virtuous Cycle, free to own for five days after it launches appeared first on VG247.