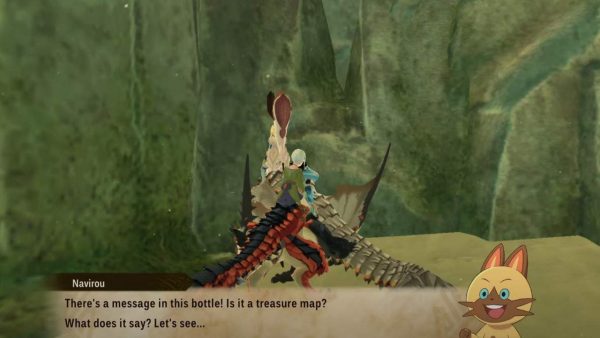 The Monster Hunter Stories 2 X Marks the Spot quest is different from most of the game’s other side content and is a bit confusing given the world’s size.

You’re tasked with finding a man’s lost treasure, a feat that takes you across the first four regions following vague clues. And you have to follow them. You can’t complete anything in this quest out of order, since the next clues and the treasure just won’t be there.

You’ve probably started the quest already if you’re reading this guide. If not, head to Loloska and speak with the man sitting on a bench to start the quest. It’s worth your time since you’ll nab some good rewards once everything eventually wraps up.

However, don’t plan on finishing the quest as soon as you start it.

The first clue points you back toward Alcala and the Sailor’s Beach Catavan stand. Head south from the stand and follow the beach’s curve until you see a sparkling area.

You’ll go back to Hakolo Island and look for a waterfall next. Fortunately, it’s easy to find. Follow the path east of the Catavan stand to the pool, and you’ll find a sparkling spot to the right of the waterfall. 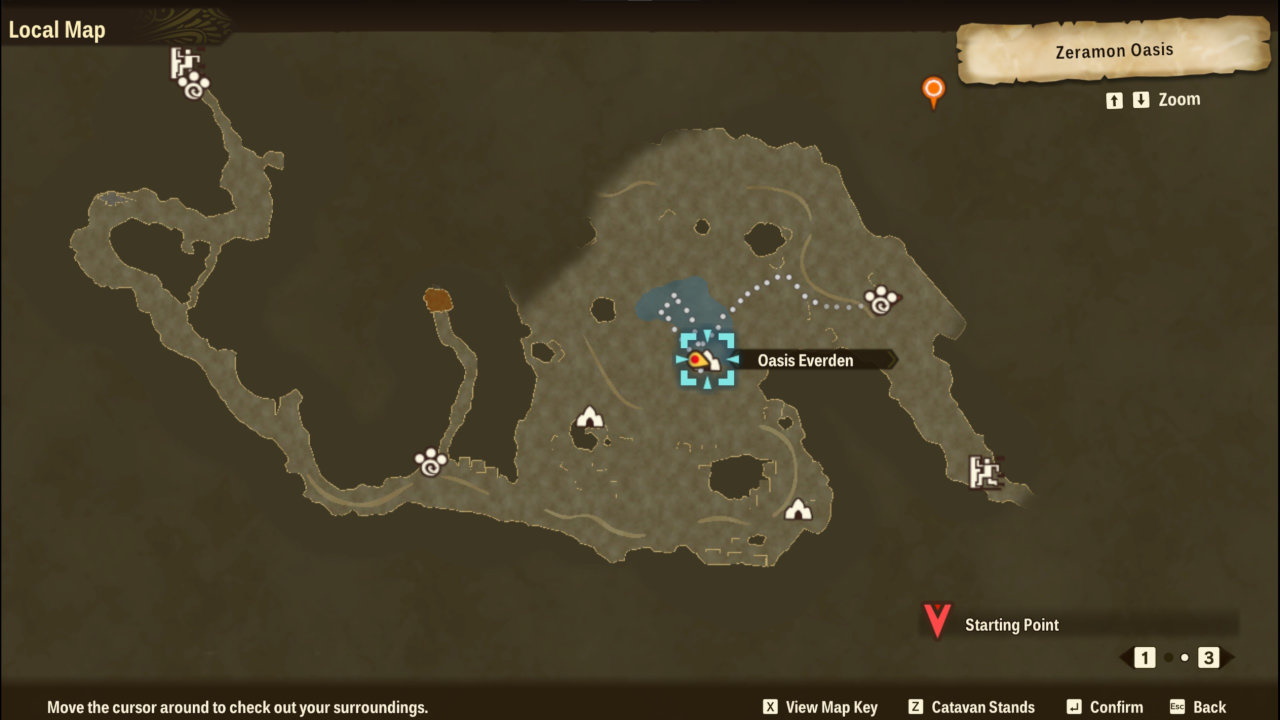 You won’t be able to access the third clue until you’ve progressed in the Lamure region’s story quests. Travel to the Monster Research Lab Catavan stand, and set the time to evening. Venture over to the southern edge of the oasis. The treasure is on a small rocky outcrop.

Return to Loloska and give the treasure away. In return, you’ll get:

While you’re traveling around, keep an eye out for some of the game’s rarer monsters and pick up some extra eggs for gene farming while you’re at it.

During the fights you’re inevitably going to encounter, check out our Monster Hunter Stories 2 Monster Attack Types and Weaknesses guide.