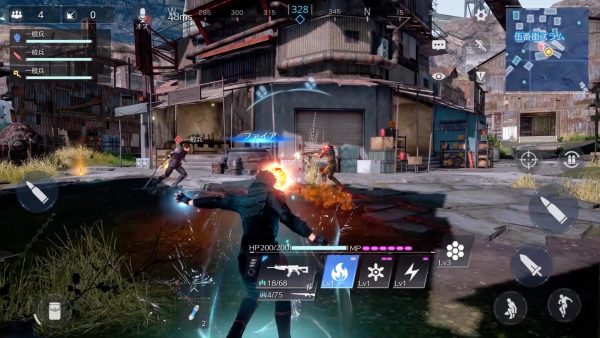 New live gameplay footage and information for the upcoming mobile title, Final Fantasy 7: The First Soldier was revealed on a special livestream today.

During the stream, it was announced that Final Fantasy 7: The First Soldier, a battle royal game, is now accepting pre-registrations for an upcoming closed beta test.

Players looking to try it out can sign up here through the Google Play Store from now until May 27.

The multiplayer battle royale shooter is set in Midgar, 30 years prior to the events of Final Fantasy 7. You play as one of many Soldier candidates, all trying to both survive and prove their worth to the Shira military.

Gameplay is mostly shooting, but you can also make use of magic abilities and other Final Fantasy tools to help your character out.

Players can choose between various styles, such as Warrior, Sorcerer, or Monk, each of whom boasts unique special abilities. In addition to other Soldier candidates, players must also contend with monsters who inhabit the outskirts of the city.

By defeating them, players can gain the experience needed to level up and unlock new weapons. Classic Final Fantasy stapled are included such as rideable chocobos, powerful espers, including Ifrit, to summon, and materia, which enables players to cast devastating spells.

Players can customize their characters’ outfits and accessories, obtain various weapons and vehicle skins, emotes, and more to create their own unique Soldier.

It is also slated to release on iOS.

The post Mobile game Final Fantasy 7: The First Soldier will have a closed beta test in June appeared first on VG247.