The Kestrel Armor set was originally released as DLC for Mass Effect 2 back in days of yore (a.k.a. 2010). But with the release of Mass Effect Legendary Edition, all single-player DLC has been bundled in with the main games — and a lot of players are keen to know where the Kestrel Armor is now.

Where is the Kestrel Armor in Mass Effect Legendary Edition?

In the name of keeping the games balanced, the developers of Mass Effect: Legendary Edition elected to space out (no pun intended) the availability of DLC items throughout the games.

Formerly, after you bought the Aegis Pack DLC you’d get an email from the Illusive Man informing you that the Kestrel Armor had been shipped directly to the Normandy — but it seems that isn’t the case in the Legendary Edition. 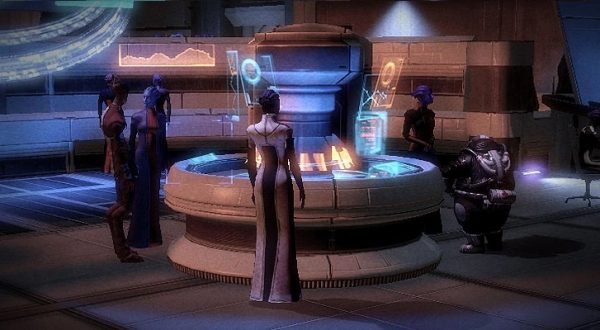 The set is proving elusive for some players, but thanks to Reddit user u/Devotio23, we have a confirmed sighting. They reportedly found the Kestrel Armor for sale at Serrice Technology on Illium.

It’s unclear whether it will be available from other stores as well, but for now that’s a good place to start your search. To travel to Illium in ME2, you first need to complete the Horizon mission.

Once purchased in-game, you can equip any or all of the Kestrel Armor pieces using the Armor Locker aboard the Normandy.

Why is the Kestrel Armor so popular?

The initial popularity of the Kestrel Armor in Mass Effect 2 may be down to the fact that it was the only DLC armor available for customisation. In ME2, customised armor sets allow you to switch out individual pieces, rather than equipping the whole set at once. This allows players greater control over what armor effects they choose to boost.

The Kestrel Armor is particularly desirable compared to base game customisable armor, however, due to the fact that each piece grants multiple effects when equipped as opposed to just one:

These effects are equal to almost any other piece of customisable armor in the game, but without forcing you to commit to a single area you want to boost. Coupled with the fact that they cover practically every major type of effect (with the notable exception of health), it’s not hard to see why this particular armor set was separated out as premium DLC.

Lucky for you, the proud owner of Mass Effect Legendary Edition, you’re no longer required to fork out an extra $1.99 of hard-earned cash for this set.

For more on Mass Effect Legendary Edition, check out our guide to the choosing the best character class for your playthrough.