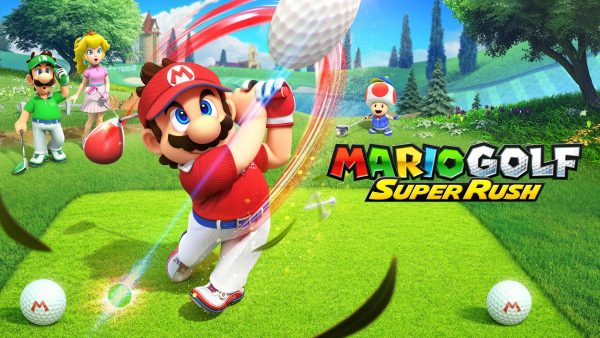 Nintendo has revealed a new trailer that shows off a bit more about what you can expect from Mario Golf: Super Rush when it hits Nintendo Switch in June.

Perhaps the most baffling part of the whole thing is the demonstration of Speed Golf; a mode that pits you and up to four mates against each other at once as you battle to get to the hole in the least amount of shots – and the least amount of time, too.

You take a shot, then sprint to wherever your ball ended up before taking another shot. To aid you on your endeavor, you’ll be able to nab coins and pickups, and each character has a special shot – Luigi can freeze the ground, for some reason, and King Bob-omb can summon other Bob-ombs to help him protect where his balls land. It’s all absolutely nuts.

Take a look at the trailer below.

Depending on which of the 16 characters in the game you pick, you’ll be able to enjoy different perks when it comes to your various attributes (which are power, stamina, speed, control, and spin).

If that’s not enough for you, the game also includes Battle Golf: a battle royale-inspired mode in a big stadium that rewards the first player to capture three holes with the lowest stroke count with victory. It looks like pure chaos, frankly.

Finally, for you single-player golf lovers, there’s the RPG-lite mode: Golf Adventure. Here, you can take a Mii on a mini golfing career and engage in boss fights (yes, really) as you level up your miniature avatar.