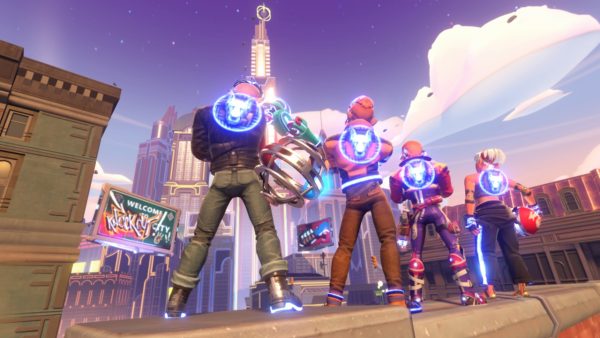 EA and Velan Studios have announced that the upcoming team-based multiplayer game, Knockout City, is coming to Xbox Game Pass on Day One.

Knockout City is a competitive third-person team-based take on dodgeball where the player can even turn themselves into a ball in order to mess with the competition.

The game offers free-for-all, as well as 3v3 and 4v4 modes, and has previously been announced for PC on Origin and Steam, PlayStation 4, Xbox One, Nintendo Switch, and PlayStation 5 and Xbox Series X/S via backwards compatibility.

Today, though, Xbox and EA have surprised us all with the revelation that the game will be coming to Xbox Game Pass on May 21 – the day it launches.

“Judging by the one million downloads during the recent cross play beta, this dodgebrawling game is sure to make an impact [when it launches next month,” reads a post from EA’s senior creative, Rachel Crowley, on the Xbox blog.

“The best part? It will be available to play at launch on May 21 for Xbox Game Pass Ultimate and EA Play members!”

That’s good to know, then, because Knockout City supports cross-play and cross-progression on all platforms; giving it away via Xbox Game Pass helps ensure a healthy player pool in the early days of the game.

Knockout City will be available to all Xbox Game Pass Ultimate members at launch on May 21 for Xbox One and Xbox Series X|S – but if you’re not a member of either service, you will still be able to download the game for $19.99 via the Xbox Store.