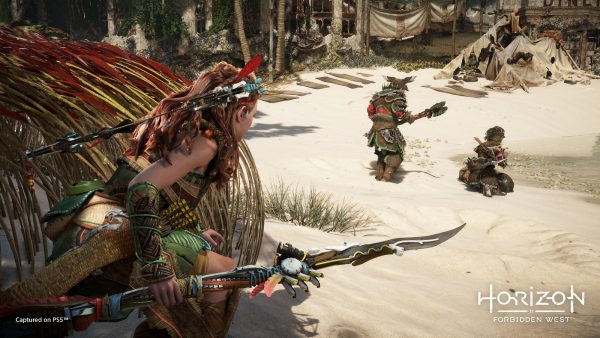 We may not have to wait long for a proper release date for Horizon Forbidden West, after all.

One of the biggest surprises coming out of last week’s Horizon Forbidden West gameplay reveal – other than just how good it looks – was that it didn’t bring us a release date.

While developer Guerrilla Games didn’t comment on this speculation, the developer understands that fans expected a release date in last week’s showcase. In a Tweet following the stream, Guerrilla said that development is on track, and that an update on the game’s release date is coming “very soon”.

Thanks for watching our #HorizonForbiddenWest gameplay reveal! We don’t have an exact release date just yet, but development is on track and we will have an update for you very soon – thank you as always for your ongoing support!

This obviously doesn’t tell us much, but at least the studio is aware that there was a desire to see the release date, considering how long in development the game must have been. Horizon Forbidden West is in development for PS4 and PS5.