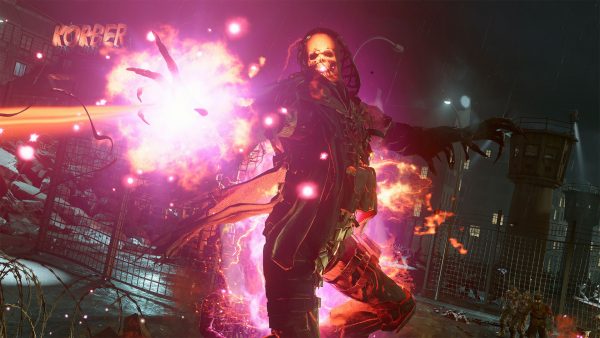 The next Zombies map is a week away.

Treyarch has concluded a week of teasers with the first trailer for Mauer Der Toten, the next Zombies map in Call of Duty: Black Ops Cold War. The map joins the two existing round-based Zombies maps, and will be available July 15 with the mid-season update.

As you might have guessed from the recent teasers, Mauer Der Toten takes place in Berlin in February, 1985. The events follow on from Outbreak’s Operation Excision, the most recent chapter in the Zombies story. Requiem agents are captured and threatened by Kravchenko, and must work for him to stay alive.

Mauer Der Toten has one of the most unique settings for a Zombies map. Taking place in metropolitan downtown Berlin, fighting will take place on city streets, narrow hallways of apartment buildings, and even rooftops. You’ll spot ziplines that get you from one rooftop to another, and there’s an underground section with what looks to be running trains.

Mauer Der Toten also introduces a new Wonder Weapon – the CRBR-S – which can be modified into four different variants. There’s the return of the Mule Kick perk, which lets you equip a third weapon, and new enemy types to fight.

All of this arrives alongside some big balance tweaks to zombie health, which you can read in full on the Treyarch blog.