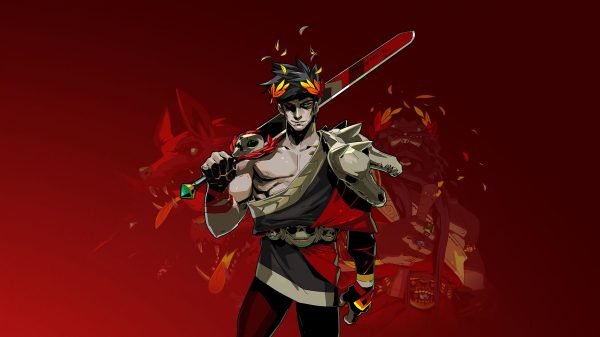 Microsoft has announced the latest round of games coming to Xbox Game Pass.

Hades, Art of Rally, Curse of the Dead Gods, Skate, and more are coming to Xbox Game Pass in August.

Arriving on August 5 is Curse of the Dead Gods for cloud, console, and PC. In it, you will “seek untold riches, eternal life, and divine powers” as you head off to an accursed temple. The place is filled with a labyrinth of bottomless pits, deadly traps, and monsters. Your greed for riches will lead to your death, but that is not the end of the story, as you will rise once more to fight again.

Also coming to cloud, console, and PC on August 5 is Dodgeball Academia. Here, you will dodge, duck, dip, and dive in this sports RPG. In the game, you will forge friendships and earn rivals as you train to become champion

Katamari Damacy Reroll will also arrive on the same platforms on August 5. In it, the King of All Cosmos accidentally destroyed all the stars in the sky. As his son, you have been ordered to put them back into place.

August 5 will also see the release of Lumines Remastered for the same platforms. The game blends sound, light, and puzzle-action into one experience as you “groove to awesome house, trance, and techno beats.”

Coming to Game Preview on PC August 5 is Starmancer, where as a powerful AI you can choose to obey protocol or go rogue. In the game, you will also build spaceports, laboratories, and incubators for mysterious eggs. You will need to defend against starvation, sabotage, and space zombies. You can also, apparently, grow humans.

EA Play games Skate and Skate 3 are also coming to the service on August 5, which is a rather busy day for Game Pass subs.

First up is Skate for console, which is where it all began. In it, you will be “chased by security guards,” try to impress or annoy citizens, ride with professionals, and discover skate shops across a fully reactive city.

Next is Skate 3 which is coming to the service via the cloud. In this co-op entry, you are tasked with building the ultimate team and changing the face of the city.

More EA Play games are coming to the service this month starting August 10. The games are all from Codemasters, and are Dirt 4, Dirt Rally,  Dirt Rally 2.0,  F1 2020, and Grid.

For those who like driving games, Art of Rally is coming to Xbox Game Pass on August 12 for cloud, console, and PC. Inspired by the golden era of rally, the creators of Absolute Drift have developed a game that takes you across the world through colorful and stylized environments. There are 61 cars in total in the base game, 60 rally stages, daily and weekly challenges with leaderboards, photo and replay mode, and Ghost Racing. The game now includes the Kenya update which comes with four news cars, six new tracks, and a new free-roam area.

Game of the Year winning rogue-like Hades is coming to cloud, console, and PC through the service on August 13. In this dungeon crawler, you will defy the god of the dead as you battle out of the Underworld of Greek myth. To helo you along the way, you’ll be wielding the powers and mythic weapons of Olympus, while growing stronger and unraveling more of the story with each unique escape attempt.

Finally, on August 17, Microsoft Solitaire Collection: Premium Edition arrives on PC. Because it’s the Premium Edition, you will have an ad-free experience and receive an exclusive Xbox Game Pass card back. The title featured the best Solitaire card games in one app and has daily challenges, competitive events, Xbox achievements, and a new Xbox theme.

With new games arriving, it means some will be departing. You have between now and August 8 to download and play GTA 5 for cloud and console.

The following games will also be leaving the service, but not until August 15:

Tribes of Midgard Fragments: How to get Hideout Fragments and more