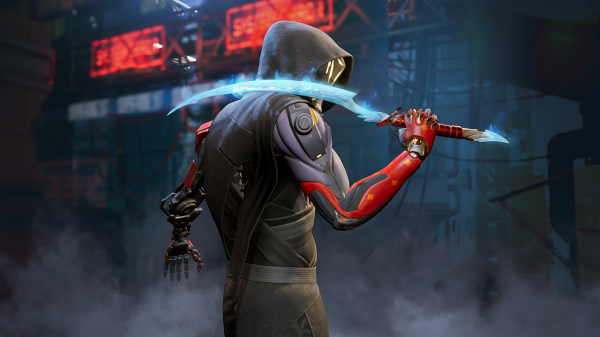 Ghostrunner is coming to new-gen consoles in September.

505 Games, alongside developers and partners All In! Games, One More Level, 3D Realms, and Slipgate Ironworks, have announced Ghostrunner will arrive on PlayStation 5 and Xbox Series X/S Tuesday, September 28.

A Nintendo Switch physical edition will be available on June 25 in Europe and June 29 in the US.

Current owners of Ghostrunner on PS4 and Xbox One will receive a free upgrade at launch. PlayStation 5 and Xbox Series X/S versions of the game include all-new modes added since release, such as the time-attack style Kill Run mode and Photo Mode.

One More Level will continue to expand the title even further throughout the year, with the recently-announced roguelike Wave Mode and more accessible Assist Mode coming later this summer.

Ghostrunner is available now on Nintendo Switch, PS4, Xbox One, Amazon Luna, and PC via Steam, the Epic Games Store, and GOG.

The post Ghostrunner leaps onto PS5 and Xbox Series X/S in September appeared first on VG247.