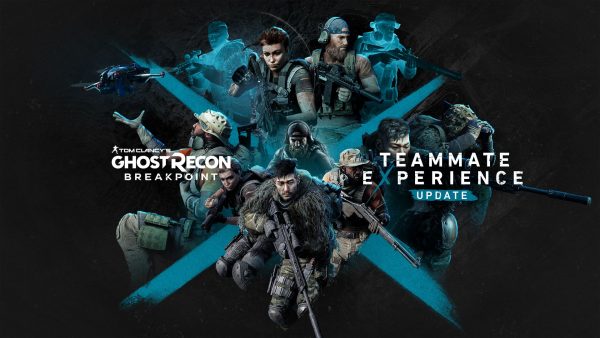 Ubisoft has announced when to expect the AI teammate experience to land for Ghost Recon Breakpoint.

An all-new AI teammate experience is coming to Ghost Recon Breakpoint as part of Title Update 4.0.0, and it launches next week on May 25.

Free for all players, the AI Teammate Experience update will consist of an all-new progression loop, allowing you to improve your AI teammates, earn rewards and unlock challenges to complete. You will then be able to level up your AI teammates, which will unlock tactical upgrades.

Teammates will now have a common Team Level and a common XP bar called Team XP which can be leveled up just by playing the game with AI teammates activated or by completing the Teammate Challenges.

To track teammate progression, you can find a new progression bar at the top of the screen, displaying XP gained, Nomad’s level gauge, and teammates’ level gauge.

Additionally, once teammates have leveled up, an animation will appear on screen, informing you of newly unlocked upgrades. There will also be 14 new challenges to complete, which will grant both Team XP and cosmetic rewards.

To upgrade and customize teammates, you will navigate to a dedicated menu. This shows teammate level XP, upgrades, and challenges. You can unlock 14 upgrades for AI Teammates. These include:

Title Update 4.0.0 will introduce the ability to adjust your squad with one, two, or three teammates, customize Rainbow teammates, hide AI teammates’ secondary weapon, and more.

Title Update 4.0.0 is the first of two updates announced as part of Ghost Recon Breakpoint’s Year 2 Roadmap. The other is Title Update 4.1.0, which is one of the “biggest operations so far,” and it will release in the fall.

More details on the fall update will be revealed at a later time.

Total War: Warhammer 3 video introduces you to the realm of the Ice Queen

Call of Duty: Black Ops Cold War and Warzone video gives you a look at Rambo and Nakatomi Plaza