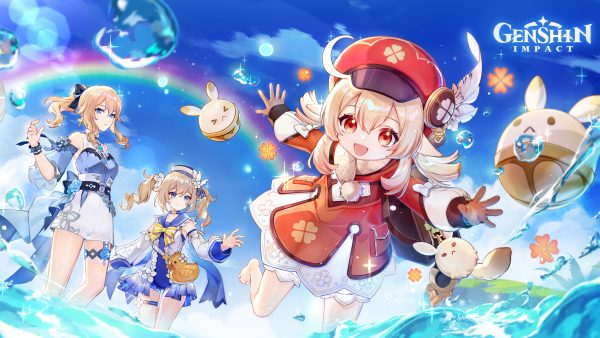 A new update is coming to Genshin Impact, and it features a new seasonal event and the first playable character from Inazuma.

Genshin Impact’s Version 1.6 update, Midsummer Island Adventure, will be arriving on June 9, and for the first time, it will introduce alternate character outfits and a new playable character from Inazuma.

In the upcoming update for the free-to-play open-world action RPG, Klee receives a mysterious letter from a Dodo-King threatening to take Dodoco away from her. To help Klee and Dodoco, you will sail on a boat called a Waverider and explore an archipelago located in a remote sea area in search of the mysterious Bodoland.

During the search, you will be put to a set of challenges, including a fight with Maguu Kenki. This new opponent can summon phantoms, dealing both Anemo and Cryo damage, and can only be taken down while in close-range combat.

By completing these challenges, you can obtain event currencies to redeem resources and the new four-star catalyst “Dodoco Tales” to full refinement from the Event Shop.

Two summer-themed outfits will also be added, and you can dress up Jean and Barbara with the new alternate attire in the game. Jean’s outfit, Sea Breeze Dandelion, will be available for purchase in the in-game Shop at a limited-time discount. Barbara’s outfit, Summertime Sparkle, will be free to claim by completing certain requirements in the Echoing Tales event.

Kaedehara Kazuha, the first playable character from Inazuma, will also make his debut in Version 1.6. Using the power of Anemo and a sword, he is a powerful five-star character who can provide both strong control and additional buffs to the team. His Elemental Skill and Elemental Burst deals both Anemo damage and additional elemental damage when coming into contact with Hydro, Pyro, Cryo, or Electro.

Kazuha will also be featured in the new Archon Quest. Traveling with Beidou and her Crux Fleet, this wandering samurai will “provide clues about the way to the closed-off Inazuma.”

New features and optimizations will also be added in Version 1.6, including a new feature of the Serenitea Pot that allows players to invite characters they own to reside in their realm. Characters in the player’s realm will gradually accumulate Character Companionship Experience, and this rate of increase will be affected by the Adeptal Energy Rank.

Genshin Impact can be downloaded for free on PS4 and PS5 from the PlayStation Store, on Android from Google Play, on iOS from the App Store, and on PC from the Genshin Impact official website.

Omori Emotions Chart | How to inflict emotions and which to use

Where to go fast and pre-order Sonic Colours Ultimate