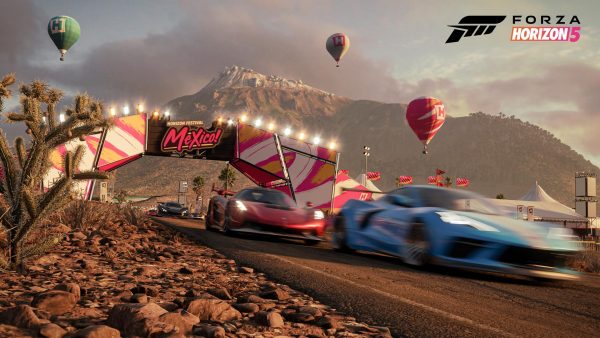 Forza Horizon 5 will let you play it in 60fps on any Xbox Series console.

Following the big Forza Horizon 5 reveal at the Xbox and Bethesda Showcase, Playground Games has offered a few more details about what we can expect from the game.

In a wide-ranging FAQ posted on the Forza support website, it was confirmed that Forza Horizon 5 offers two different modes on both Xbox Series X and Series S. By default, the game runs at 4K 30fps on Series X, and 1080p 30fps on Series S. The game also offers a performance mode that ups the framerate to 60fps, though the resolution was not specified for either console.

PC-specific options were not provided, with Playground instead promising to share more over the coming months. Presumably, you can expect similar options to Forza Horizon 4. As revealed during the showcase, Forza Horizon 5 supports ray tracing, but only in Forzavista – the mode that lets you view a car and poke around. We’re not sure whether ray tracing will be turned off in the game’s performance modes, though that is likely.

The FAQ also confirms full cross-play across all versions. As we’ve come to expect, the Windows 10 PC version will also share save files with the Xbox One/Xbox Series version, meaning cross-progression will be enabled there, too. If you’re not interested in dealing with the Microsoft Store, you’ll be able to buy Forza Horizon 5 on Steam.

Finally, the FAQ revealed that the game’s Premium Edition – priced $100 – offers early access to the game: November 5 as opposed to the standard November 9 release date.

King Legacy codes: How to get free Beli and Gems [June 2021]