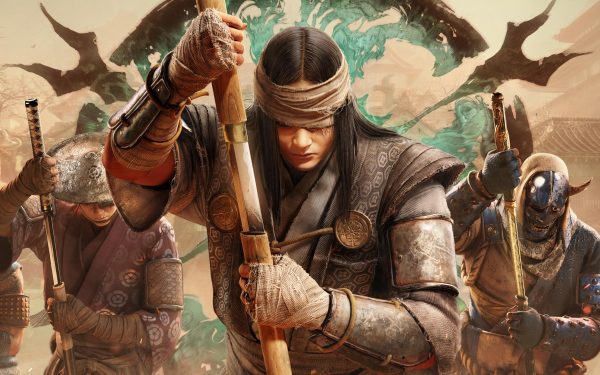 For Honor is getting a new hero in Season 2.

The next update in For Honor will introduce a new hero to the game, as promised. On Thursday, Ubisoft revealed their identity for the first time, and sharing more details about them.

The Kyoshin arrive in For Honor on July 22 with title update 2.0, which is essentially a mid-season update for Year 5 Season 2. The Kyoshin – joining the Samurai faction – are mystical warriors who fight with a concealed Shikomizue blade and its scabbard. There’s a bit of supernatural element to the Kyoshin’s fighting style, which is seen in the gameplay trailer.

The Kyoshin will be available for purchase on the day of release in an $8 bundle that includes an Elite Outfit, an exclusive Ornament, seven days of Champion Status, and three Scavenger Crates. If you’re willing to wait, you’ll be able to purchase the hero using the in-game currency, Steel, for 15,000 beginning August 5.

For Honor is currently free to play until July 19 on all platforms. During that window, you’ll be able to sample all content from the standard edition, which includes the full story campaign, as well as 12 playable heroes you can play with across the game’s multiplayer modes and maps. The standard edition is also on sale for 85% off on PC.

For Honor will receive one more hero before the end of the year.

The post For Honor’s first new hero this year is a Samurai who fights with a Shikomizue appeared first on VG247.

Everyone got excited about Warzone’s new loadout-editing feature, then it was removed