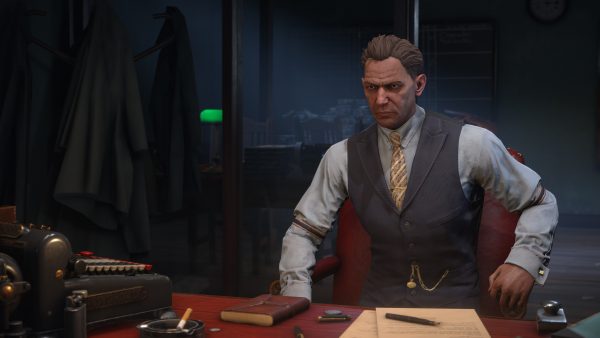 Titled Make It Count, the Empire of Sin expansion will introduce a new boss, Meyer “the Accountant” Lansky.

It will also introduce new gangsters called “the Fixers,” and their Loan Sharking Racket.

This is the first major content expansion for the game since its launch last year and builds upon the base game to offer additional content and gameplay options.

If you are unfamiliar with Empire of Sin, the strategy has you assume the role of an underworld crime boss in 1920s Prohibition-era Chicago.

From a top-down perspective, you will build and upgrade illegal rackets such as breweries, brothels, and speakeasies while managing a crew and outmaneuvering rivals.

Fighting sequences are turn-based, with players selecting movements and attacks from a menu. You can use various weapons such as firearms as well as knives, brass knuckles, and nail bats

The DLC Make It Count will be released for PC, PS4, Switch, and Xbox One later this year.

It will release alongside the Precinct update, which introduces a Precinct management layer across neighborhoods, adds a new win-mechanic, and introduces mod support with mods available to play at launch.

The post Empire of Sin’s first expansion Make It Count is coming later this year appeared first on VG247.

Crusader Kings 3 gets its first major expansion with Royal Court