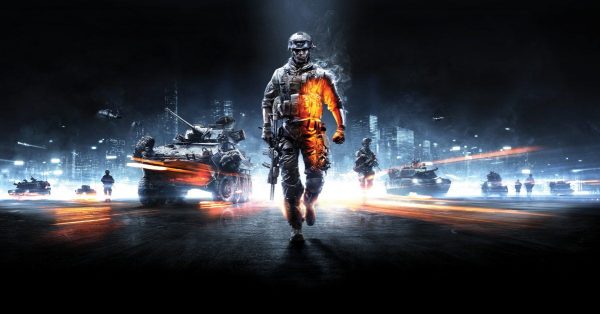 EA announced yesterday that Beede’s appointment in the senior role “signals a strategic, long-term commitment to the growth of the franchise” (thanks, IGN).

Beede has some strong experience working in similarly big games: Call of Duty and Destiny headline his CV, and it stands to reason that his experience launching the series’ live-service models will be called upon in this new role.

Beede will report directly to Respawn founder Vince Zampella, who has himself expanded his role within EA, including heading up DICE LA.

We already know that EA is pulling out all the stops for its next Battlefield game (still referred to by fans as Battlefield 6), which is aiming to launch on PC and both generations of consoles later this year.

The publisher has called upon a whole host of its studios – including Criterion – to help out with Battlefield 6, and it’s quickly becoming a key title in the company’s portfolio.

Beede’s appointment makes sense in a world where Call of Duty Warzone has exploded in popularity; EA likely sees Activision’s live-service battle royal attracting over 100 million players and wants some of that lucrative market share for itself.

To that end, EA Los Angeles has been drafted to help with the upcoming shooter and is mainly taking care of its live service facets. Given that Beede also overlooked the launch of Call of Duty Mobile, it stands to reason that EA will want to lean on his expertise to help with the Battlefield mobile game that’s coming in 2022.

The future certainly seems bright for Battlefield fans. Let’s just hope EA can meet its own lofty expectations for the game. Fans will see what’s in store for them this year at next week’s Battlefield 6 reveal.