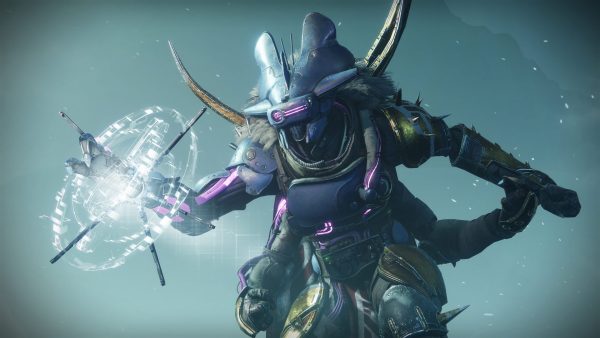 Destiny 2 is getting cross-play, just not today.

The launch of Destiny 2‘s Season of the Splicer last night was off to a wobbly start.

When servers went back online following the usual maintenance before the start of every season, it didn’t take long for players to notice very long queue times. Then came reports of the Honeydew error, which prevents players from accessing the new content.

Though things appear to have been more severe this time around, all of this is pretty much the usual for Destiny’s seasonal launches. But one thing players didn’t count on was being able to play with friends on other platforms.

Destiny 2, of course, does not yet support cross-play, and Bungie plans to officially introduce the feature later this year with Season 13. But whatever was going on behind the scenes this week allowed players to join Fireteams with friends on other platforms. In fact, cross-play is still available in Destiny 2 as of this writing.

Unfortunately, this wasn’t a soft launch of the feature. Bungie’s lead community manager, Cozmo, revealed on Twitter it was turned on by accident, and will be turned off later this week.

“We will be implementing a fix to remove public access later this week, but in the meantime feel free to partake,” he said on Twitter.

We are seeing reports that some players are able to get a sneak peek at Crossplay.

This isn’t meant to be live yet and is not representative of the full experience. We will be implementing a fix to remove public access later this week, but in the meantime feel free to partake. https://t.co/CKOfg1Fpq6

Catch up on everything new to Destiny 2 with Season of the Splicer with our primers for Override, Armor Synthesis, Transmog and more at the link.

The post Destiny 2 cross-play turned on by accident with Season of the Splicer launch appeared first on VG247.