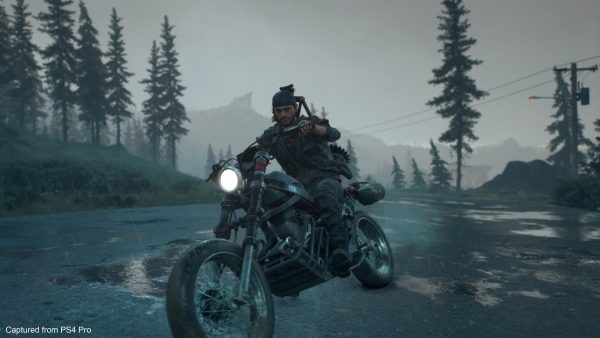 Sony Bend is working on its own new IP, according to PlayStation Studios boss Herman Hulst.

Speaking in a wide-ranging interview with the PS Blog, Hulst dropped the news that the Days Gone developer was working on a new project.

“And you know, Bend Studio is working on a very exciting new IP that they’re very, very passionate about,” said Hulst.

“They’re building on the deep open-world systems that they developed with Days Gone. So I’m really happy for Bend Studio.”

According to a report from April, Sony Bend was at one time keen to develop a sequel to Days Gone, but due to mixed critical reception, the project never came to fruition. However, a sequel may one day be developed, if a comment made by Days Gone director, Jeff Ross is anything to go by.

“Never say never to anything, it’s just… maybe not right now,” he said after the report broke.

Going back to the April report, before starting work on this new IP, Bend was tasked with working on a new Uncharted title, but it seems that many at the studio were unhappy with the situation and afraid Bend would be absorbed into Naughty Dog.

The report also stated the team was eventually taken off the Uncharted project and started work on its own project.

Elsewhere in Hult’s interview, it was revealed that God of War: Ragnarok has been pushed into 2022,  and that PlayStation Studios has over 25 titles in development and almost half of those are new IP.

God of War: Ragnarok pushed into 2022