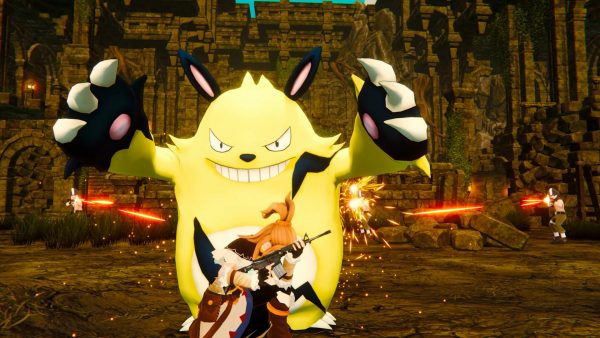 Ever wondered what Pokemon would be like if it were more reflective of the real world? Well, wonder no longer because Palworld is likely to answer that question.

Let’s be honest, if Pokemon were real, there’s a very good chance they’d be used like animals are in our world – battery farmed, exploited for labor, used as tools and for industry as well as domesticated as pets.

Pokemon Brilliant Diamond and Pokemon Shining Pearl are launching on November 19, 2021, but if you’d prefer a more mature, pessimistic look at the creature-collecting genre, perhaps Pocket Pair’s Palworld should be on your radar.

Palworld is an open-world survival game that revolves around ‘Pals’ – creatures similar to Pokemon that can be sold, will protect you with their life, and can be made to work in factories until they die. It’s all very late-stage capitalism.

Palworld deviates from the Pokemon formula in that you can opt to slaughter the pals with guns (yes, really) for food or resources, or choose a more crime-free life and use your pals to help you raise crops and make a homestead.

It’s like Bugsnax via Oddworld, with a distinctly Pokemon flavor, and it’s certainly caught our attention. You can check out the trailer above to get a feel for what the game’s trying to do. It seems you’ll be facing off against illegal poachers, and exploring dark dungeons with the help of your indentured buddies, and the creature design itself looks like a delight, too.

The game is scheduled to be released in 2022 and at the time of writing, it’s only been confirmed for a Steam release.

You can check out its Steam page here.

Knockout City has attracted over 5 million players since launch