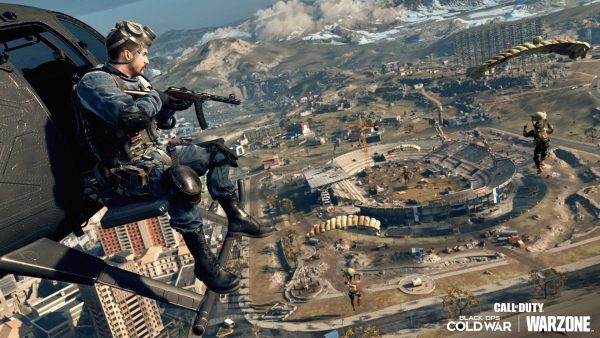 The Call of Duty machine has claimed another studio.

Toys for Bob, the studio behind Crash Bandicoot 4, Spyro Reignited and many Skylanders games, has turned into a support team for Call of Duty: Warzone. Toys for Bob’s official Twitter account broke the news overnight.

“Toys for Bob is proud to support development for Season 3 of Call of Duty: Warzone, and look forward to more to come,” the Tweet reads.

Perhaps more surprising than this sudden shift is that it revealed that Activision has seemingly let go of a number of Toys for Bob developers recently, many of which are responsible for Crash 4 and the studio’s recent work.

Character designer and illustrator, Nicholas Kole, took to Twitter to reveal that several staff were either let go or decided to leave the studio recently. “It’s the end of an era, but I wish my former co-workers still with TFB all the best with what’s ahead!” Kole wrote.

Kole later added that he’s at least happy the studio didn’t completely shut down. “Although everyone I interfaced with and worked along was let go, I’m very glad it’s not a totally shuttering.”

Activision did not announce staff changes at Toys for Bob, but it appears whatever happened took place very early this year. Kole left the studio in January.

According to reporter Liam Robertson, the studio was working on a multiplayer, PvP Crash game. It’s not clear whether this project will continue, but Activision’s decision to move the team to Warzone is a strong indication that it won’t.

Broadly, this move effectively turns all of Activision’s studios into Call of Duty developers. Vicarious Visions, the only other studio to remain, was recently absorbed into Blizzard to work on the Diablo 2 remake.

Nevertheless, the big success of Warzone – over 100 million players in a year – was likely a big factor in Activision’s decision, even if it homogenises what was once a varied set of studios working on different projects.

The post Crash 4 dev Toys for Bob is now working on Warzone appeared first on VG247.

Returnal Weapons | What are the best weapons for your run?