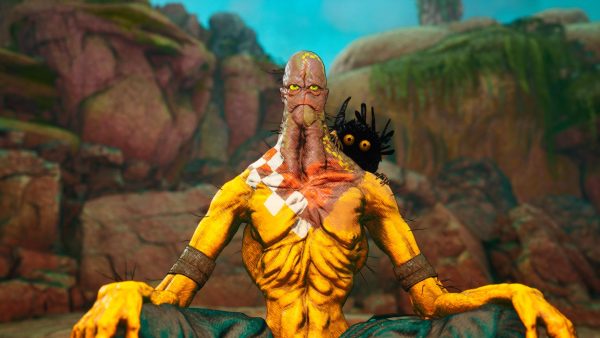 The world of Zeno Clash lives on in Clash: Artifacts of Chaos.

One of the genuine surprises made during today’s Nacon Connect livestream was the unveiling of the latest Zeno Clash game: Clash: Artifacts of Chaos.

The new Ace Team game was shown to the world for the first time with the help of a stunning gameplay trailer. The game takes place in the world of Zenozoik, where you’ll get to explore all of its bizarre places and interact with a zany cast of characters. Your journey across the world of Artifacts of Chaos will pit you against fearsome warriors as you unravel the rules of the Ritual.

It is a little strange, however, that the trailer is shown entirely from a third-person perspective. As brawler-fighter hybrids, the first-person perspective is part of what made the original games unique, so the decision to switch things up is certainly interesting, and could indicate that players, too, will be able to toggle between the two.

Considering the most recent Zeno Clash game is over eight years old, longtime fans will certainly appreciate the upgrade in visual fidelity – though this did not come at the expense of Ace Team’s unmistakable style, which is on full display.

Clash: Artifacts of Chaos is in development for PC, PS4, PS5, Xbox One, and Xbox Series X|S.

The post Clash: Artifacts of Chaos is the stunning Zeno Clash sequel you’ve been waiting for appeared first on VG247.