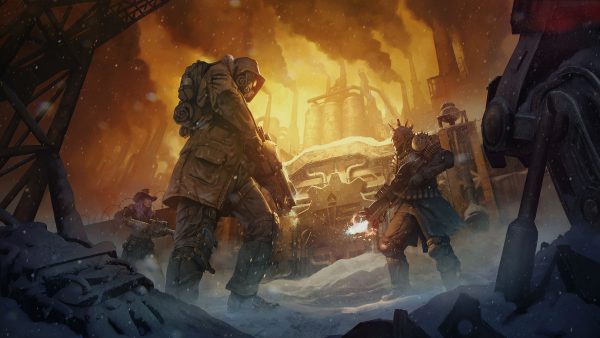 inXile Entertainment’s first Wasteland 3 narrative expansion, The Battle of Steeltown, is almost here. To welcome us to the new area, the developer has shared a new video.

We’ve previously been introduced to Wasteland 3’s upcoming location – a new area that’s located in the southwestern portion of Colorado. The factory complex called Steeltown is where all of the tech that keeps Colorado running is manufactured. But there’s a dark side to the hub, too.

Steeltown keeps the Patriarch in power and builds trucks, armor, weapons, and robots – but something’s wrong. Rangers have found the township in a state of disarray: striking workers, bandit raids, and a peculiar isolation hint at something going wrong in Steeltown.

“Without help, the area will revolt and take Steeltown’s leader—Abigail Markham—with it. But maybe that’s not such a bad thing; you and your team of Rangers will need to decide that for yourself.”

If you’re eager to learn more about what you’ll be getting up to in Colorado’s industrial hub, you can check out the trailer above.

We get a little glimpse at some of the new elements that’ll come to the game in the DLC, including some new weapons, armor, and encounters.

This will provide a new experience and, depending on how far you have already progressed, it will scale the combat and gear when entering Steeltown. This will ensure the challenges are level-appropriate so you can enter during a new playthrough or an existing playthrough

Wasteland 3: The Battle of Steeltown will be available for digital download on June 3 for PC and consoles.

If you’re hungry for more from the studio, you’ll be pleased to know that inXile Entertainment has teased its next game as an FPS RPG.

Rockstar Games has created its own record label, CircoLoco Records