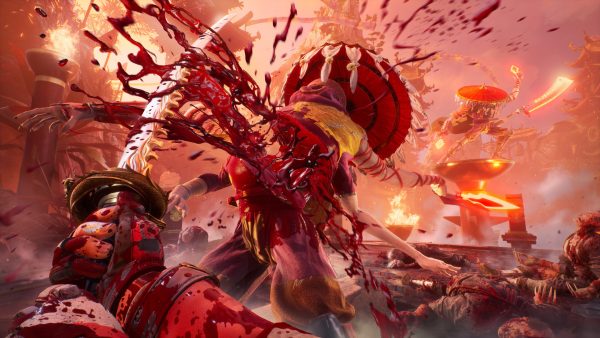 Publisher Devolver Digital and developer Flying Wild Hog have published a new trailer that shows off one of the missions from the upcoming Shadow Warrior 3.

Just last week, we heard that Flying Hog was planning to launch Shadow Warrior 3 on Xbox One and PS4, as well as PC. Now, to keep that hype train chugging, the publisher has shown off another one of the game’s missions.

According to the description of the level, players can expect a frenetic journey to the top of the titular dam where Lo Wang does battle with the Seeking Shokera, a flying enemy from which the Seeking Eye—a new Gore Weapon—can be torn and turned against multiple enemies.

It all sounds very Shadow Warrior 3. Take a look at the level in action below.

Devolver notes that The Damn Dam revolves around the Wrecking Ball—a skyscraper-sized tower with which you can use to wipe out entire groups of enemies if you’ve got good enough timing and coordination.

Shadow Warrior 3 was announced in July last year and you can wishlist it now on Steam. If you need a catch up on what the game is about, here’s a quick blurb to refresh you:

Over 37 million players have downloaded Uncharted 4: A Thief’s End