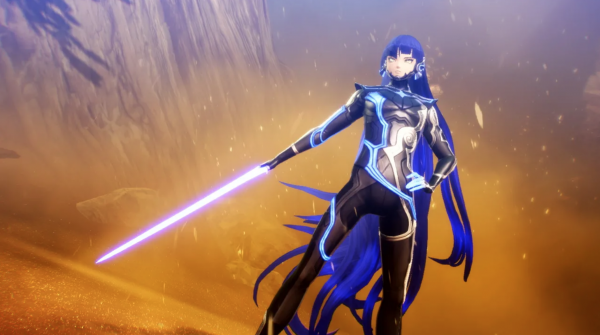 Shin Megami Tensei 5 finally got a release date and gameplay details back at E3 2021, and now the doors have been opened to a drip-feed of info about the game.

Just ahead of its big reveal it was leaked that Shin Megami Tensei 5 would be coming to Nintendo Switch in November, with Nintendo later confirming the title would launch exclusively for Switch systems in Japan on November 11, then worldwide on November 12.

Now, developer Atlus and publisher Nintendo are showing off more of the game than ever before. Below, you can see an in-depth gameplay trailer (the same one that was shown during the Japanese Nintendo Direct at E3 2021) that gives a better insight into how the game will actually play.

Check out the trailer below.

Between some gorgoeus demon and character models, some impressive animations, and a fully fleshed-out world, it’s safe to say SMTV is using the power of the Switch to really go above and beyond what we’ve seen from the series over the past few years.

Shin Megami Tensei 5 was announced back in January 2017, and we’ve heard precious little about the RPG until this month.

Save big on gaming keyboards in the Amazon Prime Day sale