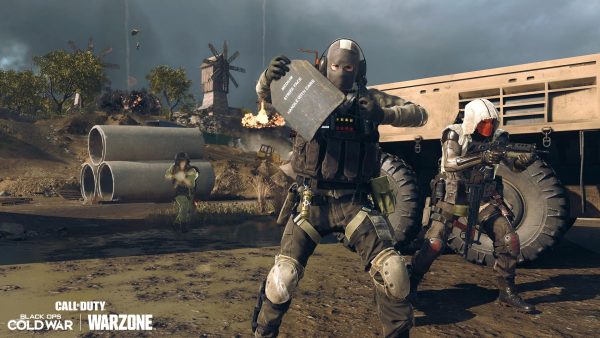 Well over a year after its launch, Call of Duty: Warzone is finally receiving unique perks.

Season 5 kicks off next week in Call of Duty: Warzone, and Black Ops Cold War. This week, Treyarch, and Raven revealed what players can look forward to in both games.

On the Black Ops Cold War multiplayer side, there’s the new Double Agent mode, a bunch of new maps, new weapons and more. But one new addition to Warzone makes the Season 5 patch one of the most interesting for the battle royale mode – and that is the arrival of unique Warzone perks.

Since Warzone’s launch as a sub mode in Modern Warfare, it has been using that game’s perk system. Although Black Ops Cold War’s weapons, attachments and operators were integrated into Warzone, the perk system didn’t change. Some of those perks have been modified to fit the gameplay in Warzone, but that’s about it.

When Raven took ownership of Warzone development, the studio promised to shake up the perk meta by introducing Warzone-specific perks that would force players to reconsider their perk setups. With the Season 5 update, the first two arrive.

Tempered is perhaps the most powerful, because of how it plays with armour in the game. When activated, the perk reinforces armour plates, allowing each to absorb 75 points of damage instead of 50. To be considered fully armoured, you’d only need two plates – rather than three. This not only boosts survivability, it speeds up the re-armouring process during fights, which is a big boon.

Combat Scout sounds a bit less interesting. With it equipped, any player you damage will be briefly highlighted in bright orange, and pinged for a rest of the team. You can think of it as an advanced pinging function, though it remains to be seen how powerful the orange outline is, and how long it actually lasts.

Warzone will also see a few other updates with Season 5. The Gulag is being updated again, and will now be modelled after the main speedball arena of Black Ops 2 map Rush, which is also available in Black Ops Cold War multiplayer. The Verdansk map itself has seen some changes, too, most prominently the new Mobile Broadcast Stations, which tie into the story of the season. That, together with Red Doors acting erratically, are leading to a mid-season event.

Activision Blizzard is currently dealing with the fallout of a major lawsuit with the State of California over widespread harassment, which has so far gotten Blizzard’s president and head of HR ousted. In a statement addressing the lawsuit, CEO Bobby Kotick said those responsible will be held accountable, though many employees feel it ignored their demands.

In the wake of the lawsuit, Activision has been sued by shareholders for allegedly hiding the investigation that lead to the suit, and a number of sponsors are pulling back from Overwatch and Call of Duty Leagues. Many within the group’s various studios have formed a coalition to demand real action from company leaders.