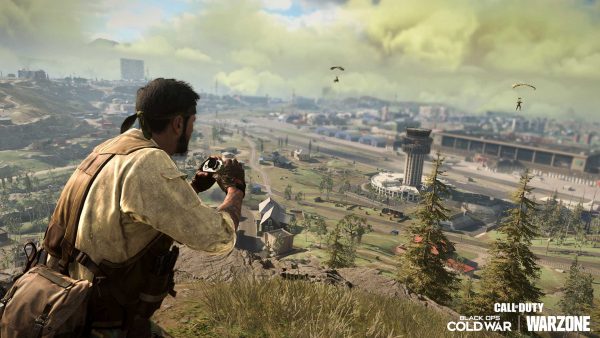 The original Verdansk map in Call of Duty: Warzone is seemingly gone for good.

Call of Duty: Warzone kicked off Season 3 with a two part in-game nuke event that saw the battle royale mode’s original map completely destroyed, before everyone was sent back in time.

1984, the current setting of Warzone, ties the mode’s narrative with that of Black Ops Cold War. It also introduces a new (older) version of Verdansk, one that imagines how the place would have looked like back then. Usually, when battle royale games change maps, the old/original maps are kept fairly close, to roll out in limited-time events or bring back into rotation proper, as Apex Legends has been doing.

But Warzone won’t be doing any of that, it seems. In a developer broadcast, associate creative director at Raven, Amos Hodge, confirmed that we’ve seen the last of OG Verdansk.

“Players don’t know it, but current-day Verdansk… they’ll never play it in that state again,” he said. “Current day Verdansk is gone and it’s not coming back.”

Hodge went on to add that 1984 Verdansk is spring-themed, which explains the lighting change, and the presence of more vivid colours across the entire map.

In a separate interview, Hodge revealed that Raven is working on PS5 and Xbox Series X/S patches for Warzone, which will allow the mode to take advantage of the powerful hardware of new consoles.

The post Call of Duty: Warzone’s current-day Verdansk “is gone and it’s not coming back” appeared first on VG247.