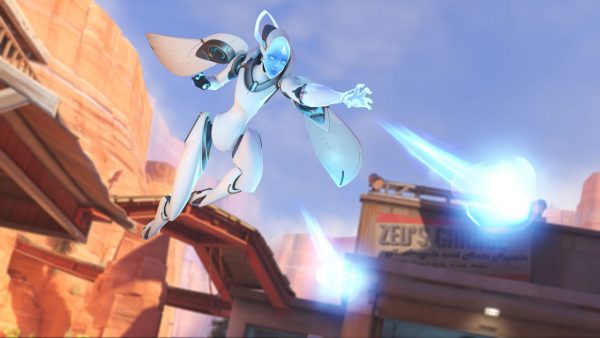 It looks like we’re finally going to get a closer look at Overwatch 2 next week, as Blizzard has announced its plans to show off some of the PvP mode in a livestream.

Following the departure of Jeff Kaplan from Blizzard, Aaron Keller has stepped up as director on Overwatch over at the development studio – and he’s made his first big announcement since taking on the role.

In his first Overwatch developer update as director, Keller dropped the news that we’ll be getting an extensive look at Blizzard’s upcoming hero shooter during a livestream that will take place on May 20.

Keller will be joined by lead designer Geoff Goodman, art director Dion Rogers, and other members of the development team as they take a tour through the game, showing off new maps and diving into the design choices that are shaping the follow-up to the 2016 hero shooter.

“Just to set expectations, everything that we’ll be showing is under development and still a work in progress,” Keller added near the end of his update. “And we will be talking more about Overwatch 2’s PvP later in the year, so there’s still more to come.”

It’s likely, then, that we aren’t going to get a release date here. Or anything more about the game’s mysterious PvE mode. Still, Keller notes the studio is “dedicated to sharing more information on the development of Overwatch 2 with all of you” in the coming weeks and months, so hopefully, we learn more about the title that was announced back at BlizzCon 2019 soon.

The post Blizzard is showing off 2 hours of Overwatch 2 PvP next week appeared first on VG247.

Destiny 2: Aspects of Interference | How to get Glacial Harvest and other Stasis Aspects