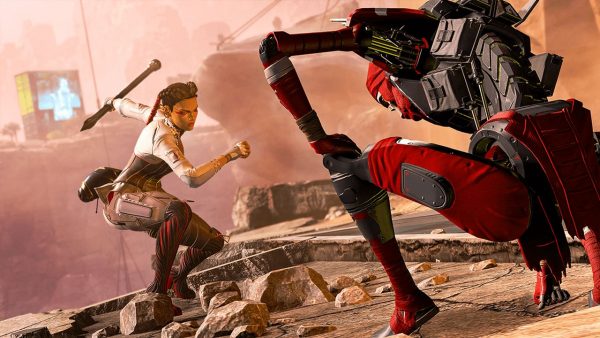 Respawn has fired a lead Apex Legends developer after some of his past remarks have surfaced.

Daniel Z. Klein, who worked as a lead game designer at Apex Legends developer Respawn, has been let go after blog posts he wrote in 2007 were discovered. The posts had Klein calling women “irrational” for their “moron chromosomes,” and in another likening his African neighbours to animals.

Screenshots of the blog posts made the rounds last month, prompting Klein to admit that he wrote them and apologise at the time.

“I take full ownership for the things I said, and I’m embarrassed, sad, and angry at my younger self for saying this stuff. I hope it is obvious that I don’t believe these things anymore,” Klein wrote on Twitter.

When the posts came to light, EA told Fanbyte that its HR department is investigating. A few days later, Klein was fired.

The game designer announced the news in a lengthy Twitter thread. “I have poured so much energy into becoming a better person since then, and right now I’m just very depressed because it feels I’ll never be able to make up for who I was,” he said.

“To be clear, I’m not saying EA or Respawn did anything untoward. They were absolutely within their rights to terminate me, much as I may disagree with that decision.”

Lastly, I’m just truly sorry to the Apex team. This is a headache they did not need. I know what their future plans are and I absolutely believe Apex has a bright future. There’s so much cool shit coming. I just wished I could have worked on it.

As noted by Fanbyte, Klein has been advocating for marginalised groups, and amplifying messages about their struggles.

Klein’s outspoken nature, and his game design opinions when it comes to character balance in Apex Legends, have likely contributed to some of those people digging up his old blogs to undermine him.

Nevertheless, it’s understandable that EA – and any other game company today – would want to nip this in the bud before it becomes a problem, particularly as rival Activision Blizzard is currently dealing with a massive lawsuit filed by the State of California against it for alleged widespread harassment, sexism and a toxic work environment.

The post Apex Legends dev fired for racist, sexist comments made in 2007 appeared first on VG247.